Heisman finalist Dwayne Haskins: 'I feel like I should be respected'
Article written by:

That’s not a concession from the Ohio State quarterback that he doesn’t think he can win the Heisman Trophy. It’s just another reflection of confidence in himself that he can handle it without any notes.

Haskins is aware that he’s considered a long-shot to lift the trophy on Saturday night. And it’s been impossible not to notice that he’s been almost an afterthought in a debate that’s focused solely on Alabama’s Tua Tagovailoa and Oklahoma’s Kyler Murray. But there’s a strong case to be made for the most prolific single-season passer in Big Ten history, and he’s not been shy about making it.

“I think Iâ€™ve got a good shot,” Haskins said. “Iâ€™m excited for it, and just to be able to sit there and be in the moment, weâ€™ll see what happens.Â I feel like Iâ€™m the best, but I can only make my own decisions. As far as the Heisman or any other award, Iâ€™ve just got to keep getting better until the award goes out or says otherwise. Itâ€™s a blessing to be here, and Iâ€™m excited for the guys that are in the competition with me to go win this thing. You know, itâ€™s not my choice.

“Did I write a speech? No. I feel like Iâ€™m pretty good off the top. I took public speaking classes at Ohio State and I had a speech actually on Thursday for one of my classes. I just feel like I should have an idea of what I should say, and I have an idea but didnâ€™t write anything down. If I do win, Iâ€™ll definitely have something nice to say.”

Don’t expect it to be of the told-you-so variety, even though Haskins has embraced another shot to potentially prove people wrong. 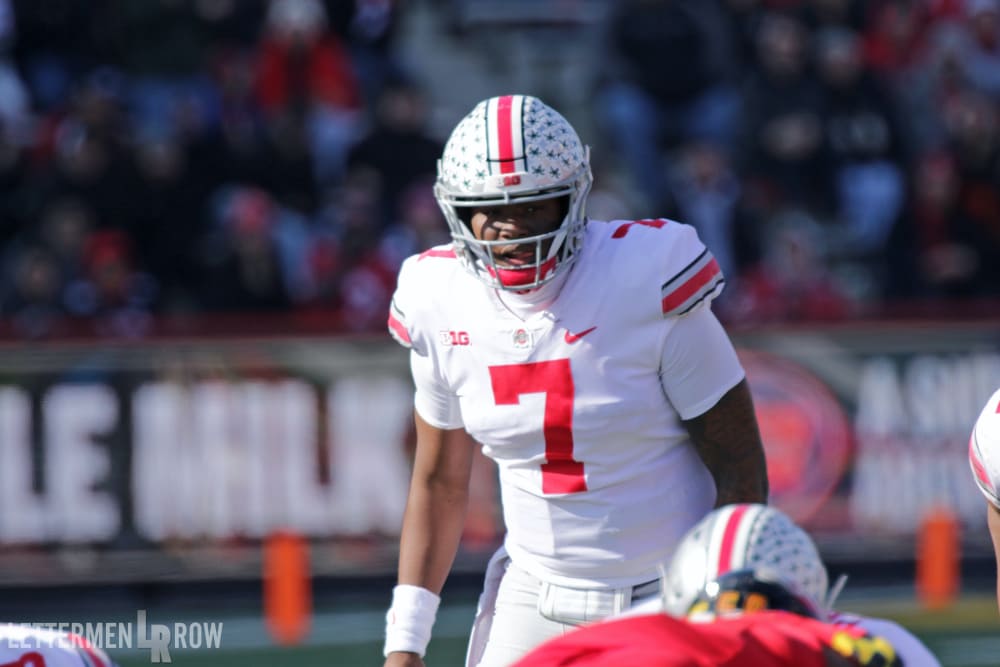 Much like he did leading up to The Game against Michigan and its top-ranked defense, Haskins has continued to use the doubts as motivational fuel. And while the votes have already been counted and there’s no game being played in Times Square, the redshirt sophomore is already making it known that he’s planning to put on a show in the Rose Bowl no matter what happens when the stiff-arm statue is awarded.

“I couldnâ€™t tell you, they both have their own claim to why they should win,” Haskins said when asked to pick between Murray and Tagovailoa. “I think I should have the opportunity to win the Heisman, too. It would be hard for me to say whoâ€™s who or why the other quarterbacks should win because I havenâ€™t been able to watch them the way Iâ€™ve watched film of myself this year. Iâ€™m excited for all three of us to go have the opportunity to win this Heisman.

“Throughout all the adversity, I feel like I did the most I could for my team. I feel like I should be respected. … Itâ€™s cool. I like being an underdog.”

The upset is unlikely, of course.

But Dwayne Haskins has a victory speech in mind just in case — even if it’s not written down anywhere.