Ohio State football recruiting can be a wild ride full of twists and turns as recruits from all over the country maneuver their way to signing day. Lettermen Row is here to help navigate the tumultuous roads by getting to the heart of the matter with the young football players and Ohio State coaches and staff members themselves. The latest episode welcomes back 5-star receiver Emeka Egbuka, who has just announced his college decision.

STEILACOOM, Wash. â€” Ohio State has been in the back of Emeka Egbuka’s mind from the first time he visited the school in February of 2019.

He returned to Columbus eight months later for a second time, but he’s not been back since October of last year. Multiple visits were planned, then cancelled, but nothing ever changed for the 6-foot-1, 210-pound, 5-star wide receiver. It was always the Buckeyes in his heart.

And last week, Emeka Egbuka took a long-awaited, much-discussed visit to Oklahoma to make sure his head and his heart were in alignment.

So, after nearly two years of being Ohio State’s top target at receiver in the Class of 2021, Egbuka announced on Friday that he is commitment No. 21 for the Buckeyes. He made the decision and gave the Buckeyes staff the good news on Tuesday morning, three days before making it known to the public. 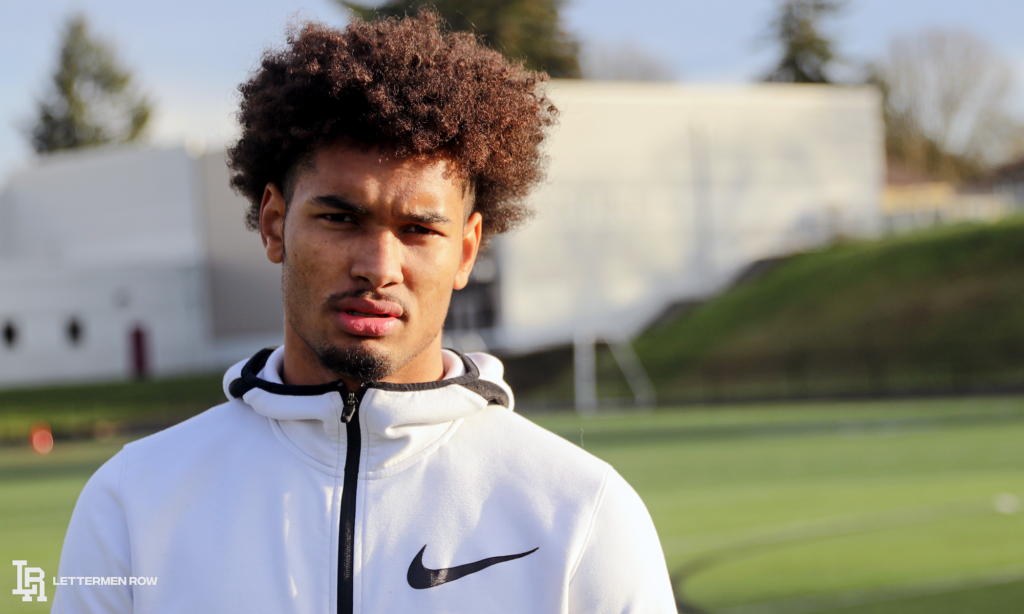 Emeka Egbuka made a final trip to Oklahoma to confirm that his head and his heart were in the same place. (Birm/Lettermen Row)

There were ups and downs for sure. But for Emeka Egbuka, the relationship with the Buckeyes and the comfort that he felt at Ohio State was just that much different than anywhere else he visited.

“I knew it was different from the first time I visited,” Egbuka told Lettermen Row. “But you know, like I am, I just wanted to make sure of everything, leave no stone unturned.

“That’s why I visited Oklahoma. But just from being [at Ohio State] for the first and a second time seeing game day there, I kind of just knew in the back of my head. But I kept it quiet from everyone just because I didn’t want to follow my heart, so to speak. I wanted to look at the facts and make sure that it was a logical decision. It ended up being a logical decision, and it’s the place that I find the most comfortable.”

Why was Emeka Egbuka so comfortable at Ohio State? How did he ultimately break down his decision? Will he enroll early? The No. 1-ranked receiver in the Class of 2021 opens up on those things and more in this commitment episode of Birminology.