COLUMBUS — Ohio State has added depth to the future of its frontcourt.

Four-star center Felix Okpara committed to the Buckeyes on Monday on Instagram. With a 6-foot-11, 210-pound frame, Okpara took an official visit to Columbus on June 15 and has now committed to Ohio State just over a month later.Â The Buckeyes edged out Ole Miss, Florida and Tennessee among others. A top-50 player in the class of 2022, he is ranked as the nation’s ninth-ranked center. Out of Hamilton Heights Christian Academy in Chattanooga, Tennessee,

His addition will help the Buckeyes frontcourt in the near future. E.J. Liddell chose to return for another season, opting out of the NBA Draft. But the All-Big Ten first-team selection last season probably won’t be around after this season.

Okpara can help fill the void left by Liddell when he eventually leaves. Taller than Liddell, he can be a rim protector and has shown that in high school. He average 2.6 blocker per game in his junior season and 1.8 blocks across 12 games in the Nike EYBL circuit this month.

His addition also makes Ohio State the No. 1 class in the nation. The Buckeyes now have four commitments with Okpara, four-star point guard Bruce Thornton, four-star shooting guard Roddy Gayle Jr. and three-star shooting guardÂ Bowen Hardman. The No. 1 ranking is evidence of the rise since Chris Holtmann took over in Columbus in 2017. 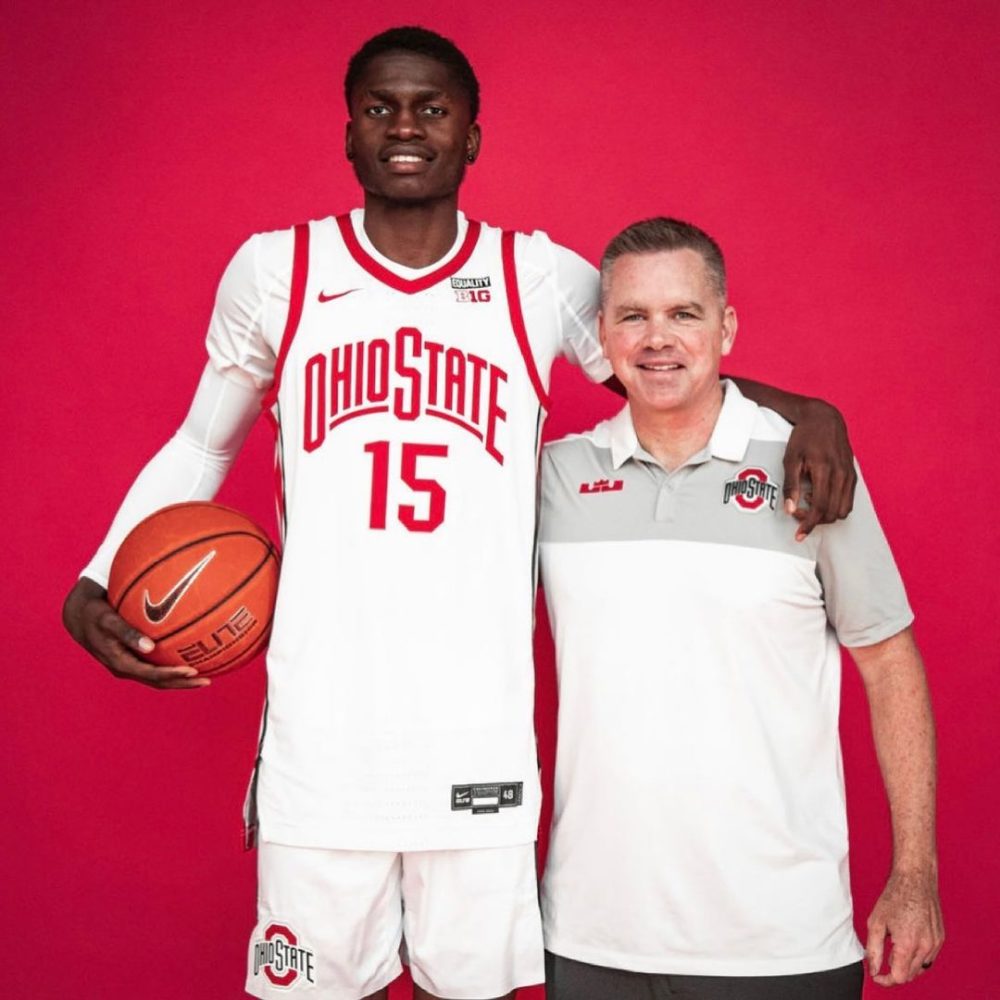 Felix Okpara is a top-50 player in the 2022 class. (Felix Okpara/Instagram)

â€œWeâ€™ve really yet to have a really poor season,â€ Holtmann said earlier this spring. â€œIn some ways thatâ€™s a good thing, it also ratchets up expectations right away. I think Iâ€™m always looking at ways to improve and take the next step, perform and do better in certain areas. While we certainly have established a level of success and competitiveness â€” nationally, I believe weâ€™ve been ranked in the top 25 every year but in the top 15 three of the four years.

â€œThereâ€™s a national relevancy that I think has been reached. We have not reached, by any stretch, the peak years of Thadâ€™s incredible run or coach [Jim] Oâ€™Brien couple years there or dating back to others, the run in the â€™60s was the one that got to the final finish line.Â Thatâ€™s our goal. Thatâ€™s what weâ€™re working towards every day. I acknowledge the fact we have work to do towards that.â€

The Buckeyes have now found their next big man in Felix Okpara, and his commitment puts Ohio State’s 2022 recruiting class as the best in the nation.