The speculation, debate and conversations about Ohio State never end, and Lettermen Row is always ready to dive into the discussions. All week long, senior writer Austin Ward will field topics on Urban Meyer and the Buckeyes submitted by readers and break down anything that’s on the minds of the Best Damn Fans in the Land. Have a question that needs to be tackled, like the one today about how Gene Smith and Urban Meyer are handling the future of the program? Send it in right here — and check back daily for the answers.

How does Gene Smith feel about Urban Meyer situation?

COLUMBUS — The boss was on the road when the story broke, but obviously nothing about the news Urban Meyer was sharing was going to catch Gene Smith by surprise.

The Ohio State athletic director doesn’t talk every day with his football coach, but most days there is at least one conversation. And certainly Meyer’s health and how he’s handling it over the last two seasons has been a familiar topic between the two guys running the ship for the Buckeyes.

It wasn’t a secret that Meyer was struggling at times with his arachnoid cyst based on just the public signs. But behind closed doors, Smith has been aware of the entire situation and remains fully supportive of how Meyer’s handling that and his job — despite any reports of tension that have left both of them puzzled.

“I don’t know how to tell people that. I must have said it like 100 times like I’m back in elementary school writing on the chalkboard. Our relationship is fine. There is no friction. Nothing. He and I have candid conversations. We don’t talk every day, but it’s almost every day. There is no friction there whatsoever.”

Both Smith and Meyer have been adamant about that recently. And beyond both going through a professional rough patch in August with both being suspended by the university for what was deemed mismanagement of a troubled employee in former wide receivers coach Zach Smith, personally they’ve also had a chance to strengthen the bond as Meyer deals with a health condition that has been more severe than he has previously admitted. 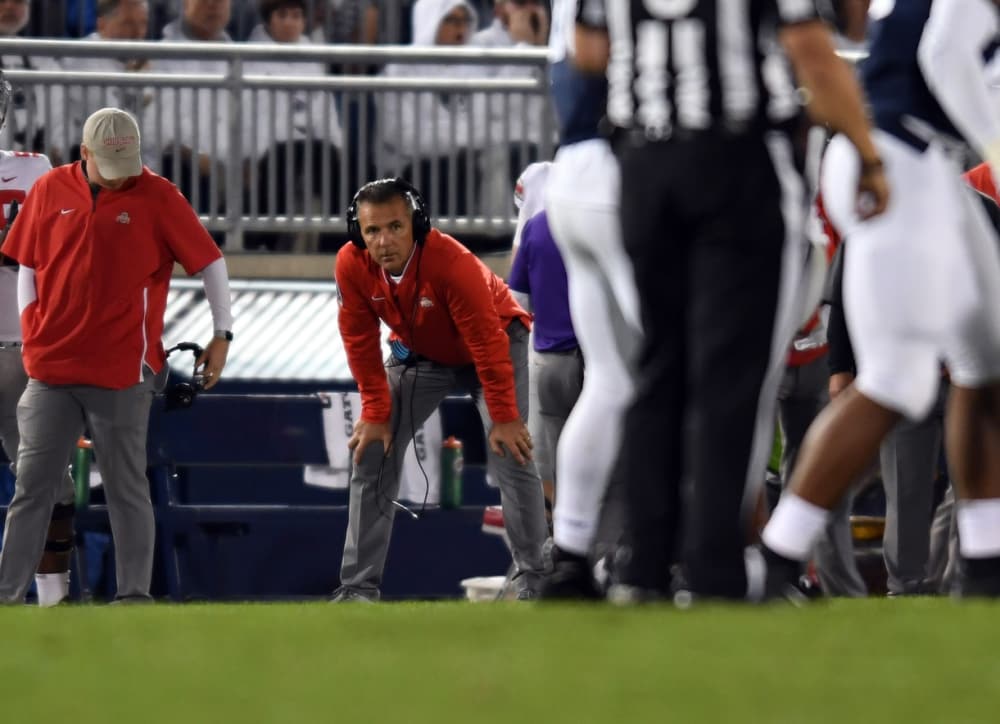 Smith has stayed in the loop in that regard, both as a confidant and an athletic director who must always keep an eye on the future. And he has no issues at all with the plan in place for Meyer to stay on the sideline as long as his health allows it.

“First and foremost, it’s a personal issue, so it’s always difficult for me to talk about since it’s personal to him and his family,” Smith said. “I’m always guarded, but he’s obviously shared what he’s dealing with right now. I think he’s put in place an outstanding management plan using his medical experts. We’re so fortunate to have the people we have at Ohio State and the Wexner Medical Center, so he’s getting the help he needs there and he’s got a management plan.

“My only focus and concern is with helping him with that management plan. He’s demonstrated thus far his ability to do that, so what we have to do is just focus on that. When there are situations around games where there is stimuli that might cause him to have headaches, we make sure to help him with that and go from there. That’s what I do. I don’t try to do anything else beyond that, because it really is about making sure he has the care he needs.”

Meyer is getting that from his doctors. But he’s also still got the unquestioned support from Gene Smith, too.