The speculation, debate and conversations about Ohio State never end, and Lettermen Row is always ready to dive into the discussions. All week long, senior writer Austin Ward will field topics about the Buckeyes submitted by readers and break down anything that’s on the minds of the Best Damn Fans in the Land. Have a question that needs to be tackled, like the one today about Ohio State and the work of offensive line coach Greg Studrawa? Send it in right here — and check back daily for the answers.

The hot seat hasn’t just been doused with water, it’s drowning at the bottom of a pool of talent.

Greg Studrawa was once undoubtedly under fire at Ohio State, and there was legitimate uncertainty about whether or not he would be retained in the transition when Ryan Day took over the program. But ultimately Day stuck with the gravelly-voiced, good-natured offensive line coach and challenged him to elevate his position — and the Buckeyes are clearly reaping the rewards.

Thanks to the constellation of stars at wide receiver, the deep stable of running backs and the elite competition at quarterback, it would have been understandable not to pay much attention to the big guys up front. But those blockers were impossible to ignore during March and April thanks to their size, athleticism and, yes, impressive recruiting rankings. Considering how much of Ohio State’s success is always fueled by the offensive line, the depth and versatility of that unit has the reigning Big Ten champs in solid position to defend the crown — and this might just be the most loaded group in well over a decade. 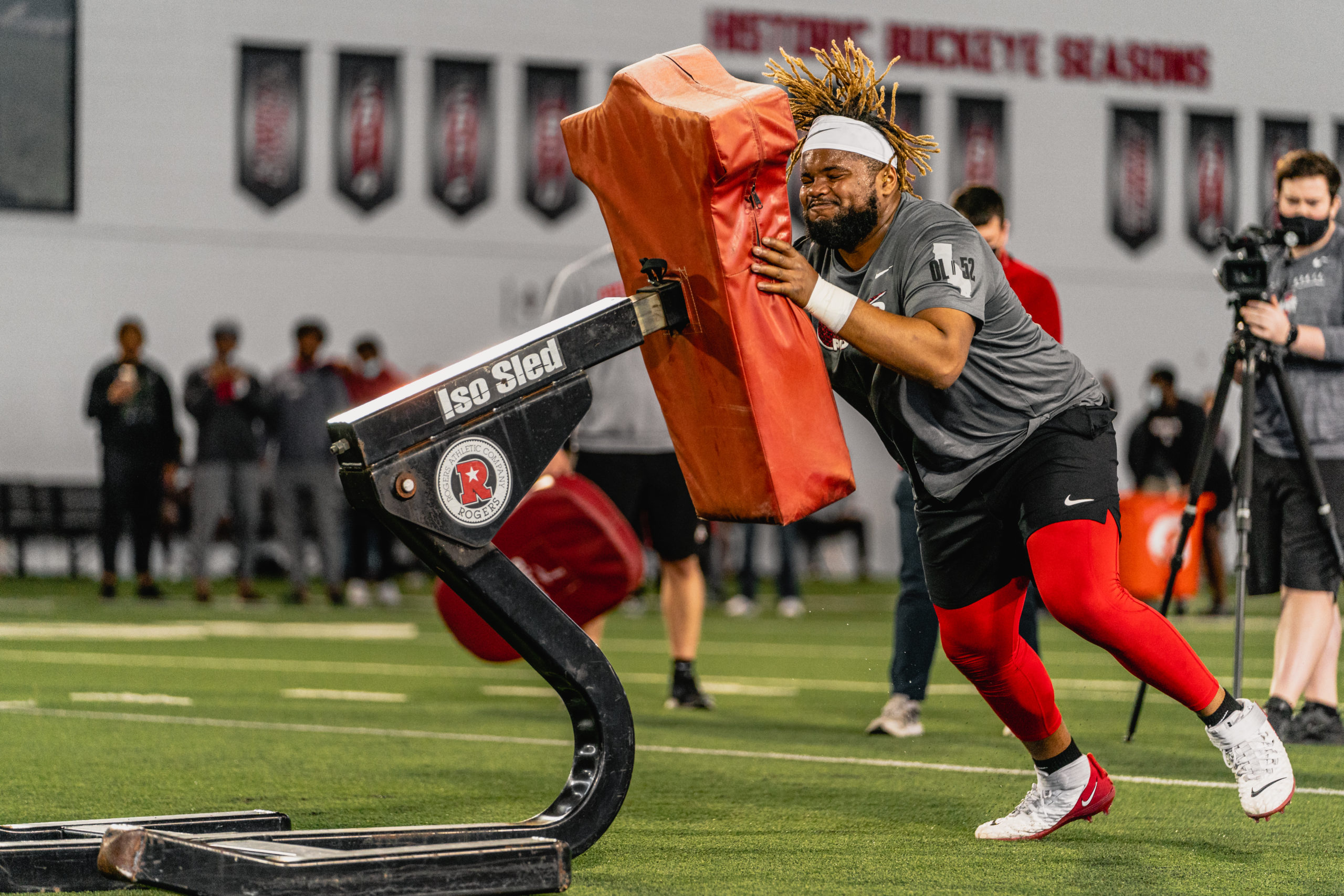 Greg Studrawa doesn’t get all the credit for that, of course, since both Day and offensive coordinator Kevin Wilson are involved in the process along the way. But Studrawa deserves plenty of it, particularly for the way he responded when his back was seemingly against the wall.

“I think we have really good depth,” Day said this spring. “We have a good group in that room. I think Stud has done a really good job recruiting. We have different shapes and sizes, have some versatility in there. We have over 20 guys in that room with walk-ons and scholarship guys.

“We have to continue to develop some of the guys in there, and weâ€™ve developed some guys into being good players. Itâ€™s fun to see where thatâ€™s headed this year, because I think we have a chance to have a really good room.”

Studrawa is at the front of it, and he has undoubtedly earned the right to stay there for the Buckeyes.

Is it always perfect? Nothing ever is, but let’s tackle those two concerns that were mentioned:

There have certainly been fair questions about Greg Studrawa during his career with the Buckeyes, and there was even a decent chance a few years ago that his time with the program could have come to an end.

Studrawa has answered the doubts for Ohio State since then, and there’s no reason to worry now.