NEW ORLEANS — The challenge for the Ohio State offensive line will be a little bigger in the Sugar Bowl.

Starting left guard Harry Miller will miss the rematch with Clemson due to a positive COVID test, his mother confirmed in a Facebook post on Friday morning.

Ohio State has still not released its official availability for the College Football Playoff semifinal matchup with the Tigers, which it will do as planned roughly two hours before kickoff. But Lettermen Row sources have indicated that the Buckeyes have been preparing to fill that hole up front during practice this week, with Matthew Jones likely in line to replace Miller.

This obviously isn’t the first time the Buckeyes have had to scramble in the trenches after missing three starters in a win at Michigan State last month. And Jones was also a key part of that effort as he stepped into the starting lineup for the first time in his career as Ohio State cruised to a win over the Spartans on the way to another Big Ten title. 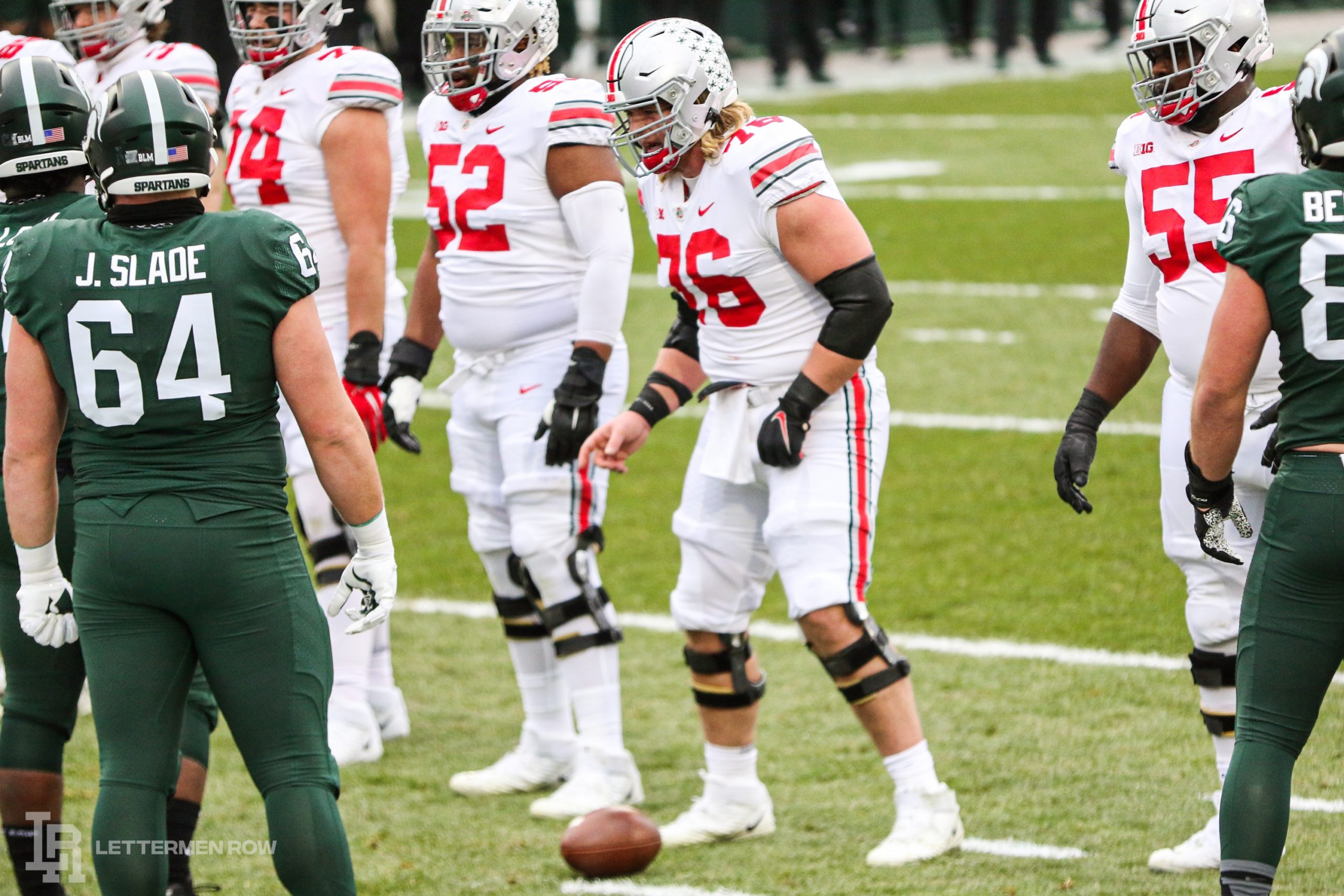 â€œCoach Stud, Greg did a great job all week,â€ Ohio State coach Ryan DayÂ said after the win. â€œI thought, watching it, just from again watching in the way I watched it, I thought they battled. Was it perfect? Iâ€™m sure it wasnâ€™t perfect. But they did, they battled.

â€œHaving really one guy play the same position they played in the last game, and that was Wyatt [Davis]. Harry [Miller] had to move. Some guys were in their first start, Max [Wray], Matt [Jones], Dawand Jones, and I saw Enokk [Vimahi] in there. It was just great to see those guys battling in there.â€

The Buckeyes have been dominant up front no matter who has played for the deep, versatile unit. Miller has probably been the least consistent of that group so far during his first season as a starter, struggling at times with holding penalties and occasionally with communication in blitz pickups. Not getting a full spring camp or normal season certainly didn’t the center of the future for the Buckeyes any favors, but he’s still been productive enough to keep his job at guard all season until this positive test sidelined him against Clemson.

Matthew Jones, Dawand Jones or Enokk Vimahi have all proven capable of stepping into the lineup to keep the Ohio State attack rolling. And now the Buckeyes will need that help again to tackle yet another challenge in a season full of them.