It’s one that will add another chapter next season. Garrett made a name for himself this season, breaking out and becoming one of the best defensive tackles in the country. But he’s sticking around for another year at Ohio State, opting to return to the Buckeyes instead of heading for the NFL draft.

He made the decision public on social media with a video explaining his decision.

“Not only did I go through trials and tribulations, but our team did,” Garrett said. “Throughout a lot of prayer and self talk and conversations with my family, we have decided to return for another year at The Ohio State University.

The best season of Garrett’s career came this season after a gunshot wound to the face had him in the hospital just two months before the season began. That didn’t stop him from attacking rehab and returning to the program in time to post the best numbers of his Ohio State career. Garrett had 20 total tackles, four tackles for loss, two sacks and an interception that he turned into a touchdown this year. 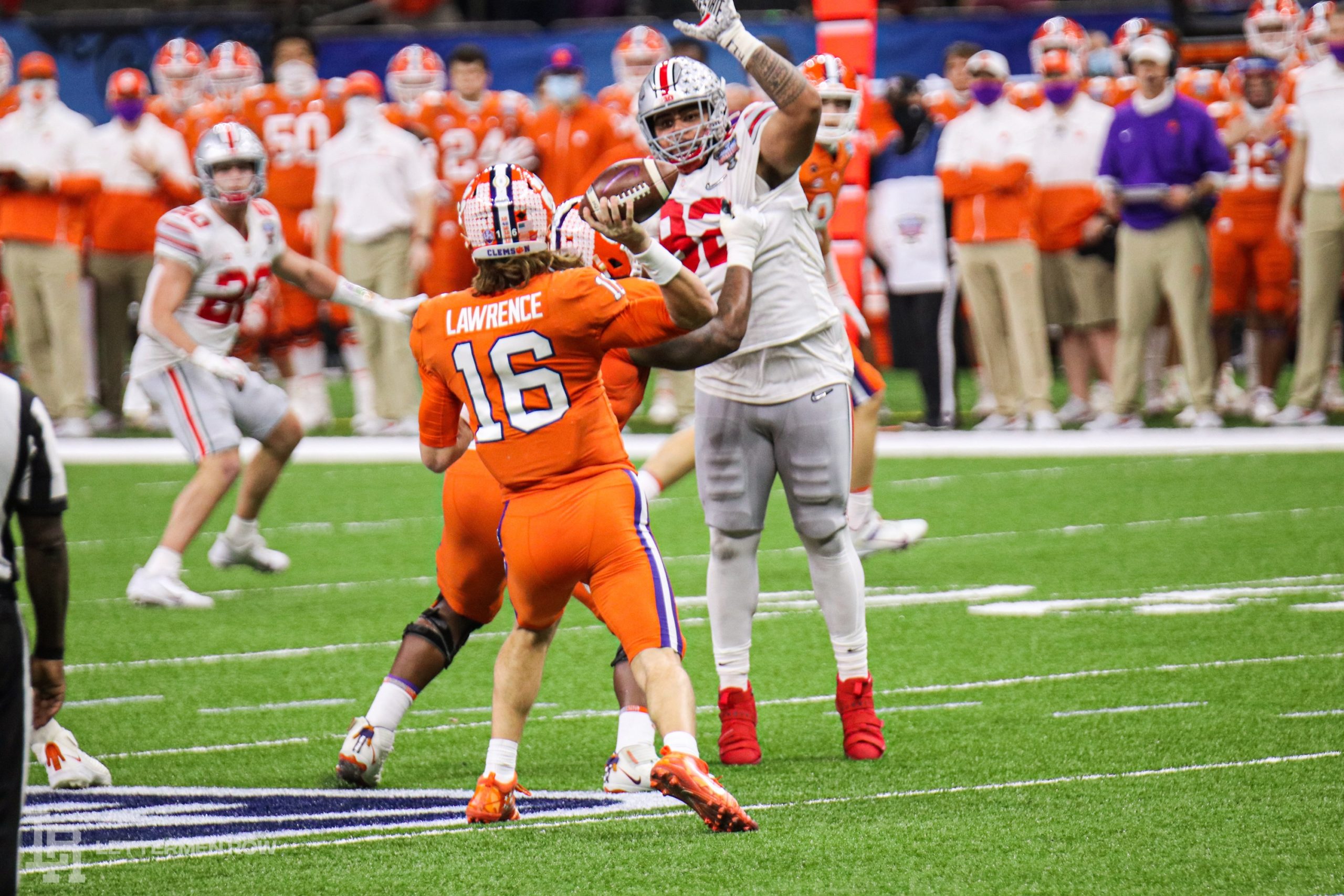 With another year of learning and experience under legendary defensive line coach Larry Johnson, Garrett could potentially make another leap this offseason and be a favorite for All-American honors next season, anchoring the Ohio State defensive front.

While the Buckeyes defense struggled in ways on their way to the national championship game, Garrett and fellow defensive tackle Tommy Togiai helped the Buckeyes become one of the best defensive units against the run in the country. And Garrett will get to do that yet again next year, while Togiai has not made his intentions public yet.

â€œNo, I havenâ€™t [made a decision],â€ GarrettÂ said during the Buckeyes postseason run. â€œIâ€™m still debating that. Thatâ€™s something I will have to go over with myself and my family after the season. Iâ€™m just trying to stay in the moment and stay focused so I can contribute as much as I can to the team.â€

He’ll have a chance to contribute much more next season. Haskell Garrett is returning to Ohio State.