COLUMBUS â€” For the second time in a week, Ohio State has suffered a decommitment in its 2022 recruiting class: Jaheim Singletary has reopened his recruitment.

When the 5-star cornerback from Jacksonville (Fla.) Robert E. Lee High School committed to the Buckeyes in January, it was assumed holding onto his verbal all the way through signing day would be a challenge. Multiple visits to Miami — and a trip to Georgia this summer — was a clear warning sign for Ohio State. The most recent visit with the Hurricanes happened over the July 29 weekend and culminated on Sunday morning. That’s when Singletary provided a warning sign of his own.

That announcement was bad news for the Buckeyes, and Singletary officially reopened his recruitment Sunday evening. 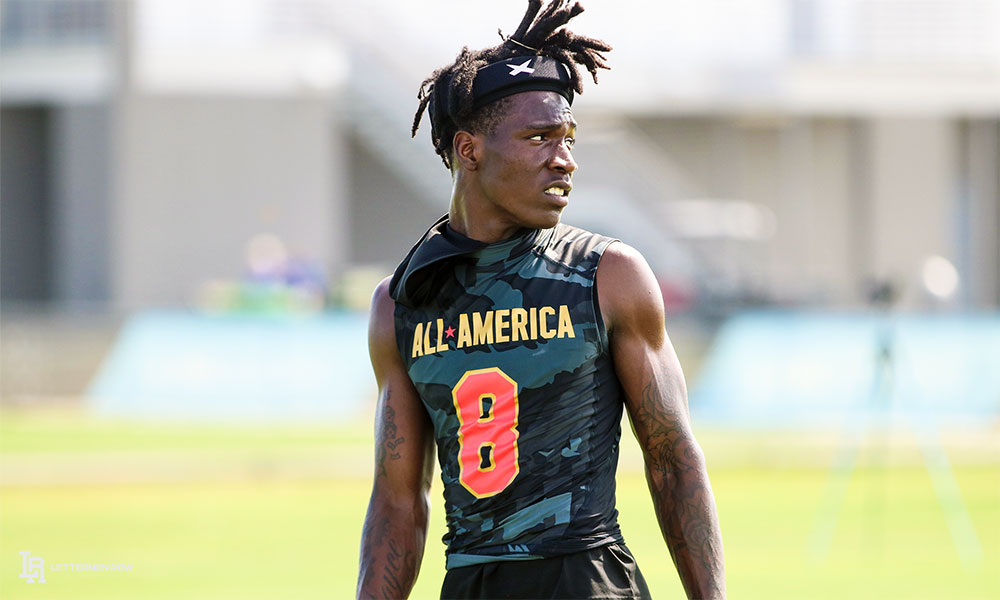 Jaheim Singletary wanted to look around at other schools and the Buckeyes couldn’t keep him committed after multiple trips to Miami. (Birm/Lettermen Row)

Back in early June, Jaheim Singletary brushed off speculation about a potential decommitment in an interview with Lettermen Row.

â€œThereâ€™s nothing to be afraid of for Ohio State fans,â€ Singletary said. â€œCoach Coombs is already knows the situation. I just didnâ€™t want to make a big deal about things. Weâ€™re still out here and itâ€™s O-H. I just told Coach Coombs straight up that I wanted to make sure of things. He liked that I was straight up with him and that I wanted to check out some campuses. I didnâ€™t really get to experience my recruitment because of Covid. He said he just wants to know if thereâ€™s some iffy junk in my system.â€

Consider The ‘iffy junk’ confirmed. Jaheim Singletary is no longer a part of the Buckeyes recruiting class. Ohio State will absolutely continue to pursue Singletary with the hopes that it can change his mind again. However, he’s already taken his official visit with the Buckeyes so any future visits will be much harder to arrange for Ryan Day’s program. An unexpected commitment that became a long shot to hold onto has even longer odds to come back around in the future.

Ohio State has three cornerbacks still committed in the Class of 2022 including On3Sports.com 5-star Terrance Brooks. Longtime verbal Jyaire Brown and Florida cornerback Ryan Turner are also future cornerbacks for Kerry Coombs. The departure of Jaheim Singletar means Ohio State could soon lose its grip on the nation’s top recruiting class in the class of 2022.

Jaheim Singletary has officially decommitted from the Buckeyes.