COLUMBUS — The last shot for Jaylen Harris at Ohio State is also probably his best one.

Stuck in a reserve role throughout his career thanks to the remarkable, NFL-level depth on the roster, the former four-star has patiently waited for his opening to compete for a starting role. And after years of working behind the scenes and then starting to make more of an impact on special teams last season, just about everything appears to be lining up for Harris to finally make his move.

A pandemic-shortened spring certainly didn’t help as the senior tried to stake a claim to a starting job as an outside receiver. But his experience in the program definitely works in his favor there, and if nothing else, the fact that he’s still around is another reminder that both he and the Buckeyes believe he can play a role for the reigning Big Ten champs.

“I think the whole group was making a progression,” Ohio State wide receivers coach Brian Hartline saidÂ earlier in the offseason. “Jaylen Harris has made a big progression since December. As soon as we were done and moving on to the next year in early January, Jaylen Harris was doing a phenomenal job. 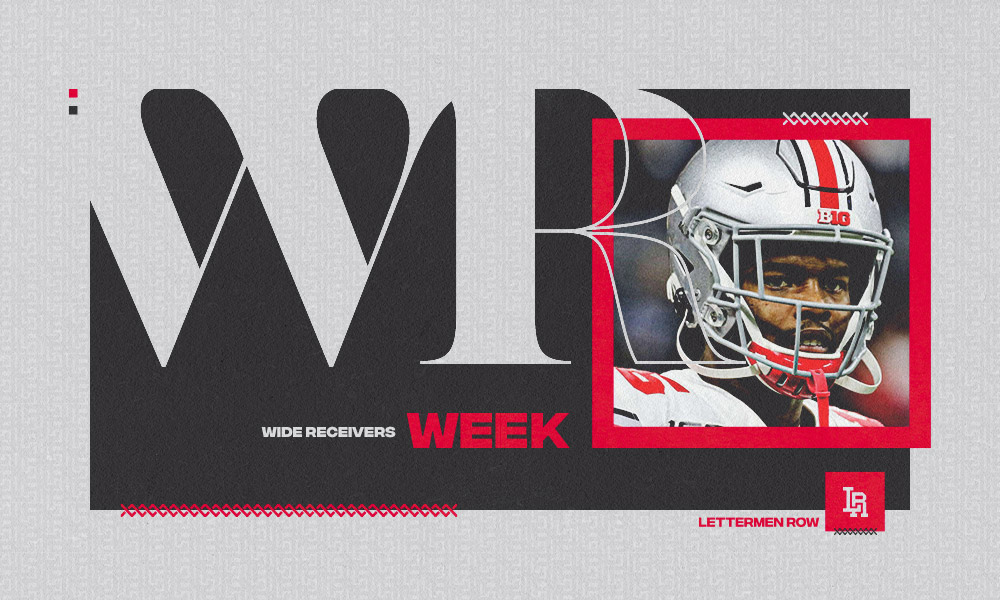 “He’s been a leader, he’s on our leadership council and he’s doing an excellent job taking the group under his wings. I’m really impressed by him. And the rest of the group has just all been progressing — it’s not even about certain individuals, it’s more about the group as a whole.”

Even when he was only getting mop-up snaps at receiver or using his 6-foot-5 frame in the kicking game, Harris was proving himself as part of that overall unit. Considering the Buckeyes had six guys sign NFL contracts over the last two seasons from that group, it’s not like it was all that simple to crack the rotation and start seeing a flood of targets.

But Harris has shown glimpses over the last couple seasons that he can be a useful weapon when he’s been given chances. And with the path relatively clear heading into his senior campaign, he could be in line for more of them.

What can Jaylen Harris bring to the Ohio State offense at wide receiver? How can the former four-star recruit make the leap into the rotation as a senior? Will his 6-foot-5 frame allow him to become a valuable target for the Buckeyes in the passing attack? Former Ohio State wide receiver and national champion Evan Spencer was back in the Lettermen Row film lab looking at some clips and answering those questions in the latest episode of BuckIQ.