COLUMBUS — Ohio State had so much success with its last Australian punter that it has gone back Down Under and landed another one: Jesse Mirco is now committed.

â€œItâ€™s the biggest program in the country,â€ Mirco told Tia Willliams of Land-Grant Holy Land about his decision.Â  â€œI didnâ€™t know if it was a realistic chance to [play there], so it was a bit of a shock when I first found out that: Yeah, that was a possibility. And since then, it still feels a bit like a dream to be honest.â€

Whether it is mission accomplished or dream come true, it’s a done deal, complete with the standard boom celebrationÂ from Ohio State director of player personnel Mark Pantoni. That means the Buckeyes have their punter in the Class of 2021.

Lettermen Row is breaking down the choice by Jesse Mirco, what his commitment means to Ohio State, the Big Ten and the national recruiting scene for the Class of 2021.

Mirco wasn’t even on the recruiting scene four months ago, and his recruitment happened very much out of the public eye. That’s one reason why his potential impact isn’t really known yet, but there’s also this to keep in mind: He’s only been learning how to punt for about four months.

As a young footballer in Australia, Mirco was praised for being “extremely smart” and versatile. Now that he’s preparing to be an American football punter, his focus will narrow. The sky is the limit for the Fremantle — a port city in Western Australia — native.

One of the important things about finding punters like Mirco is that he’s already been playing sports at a professional level, so it’s easy to feel secure in what he’s capable of doing when the bright lights are on in the stadium. That’s very much the case with the 23-year-old ProKick Australia student. Ohio State didn’t need much time of watching his development before offering a scholarship and that’s a good sign for the future of the punting position for the Buckeyes. 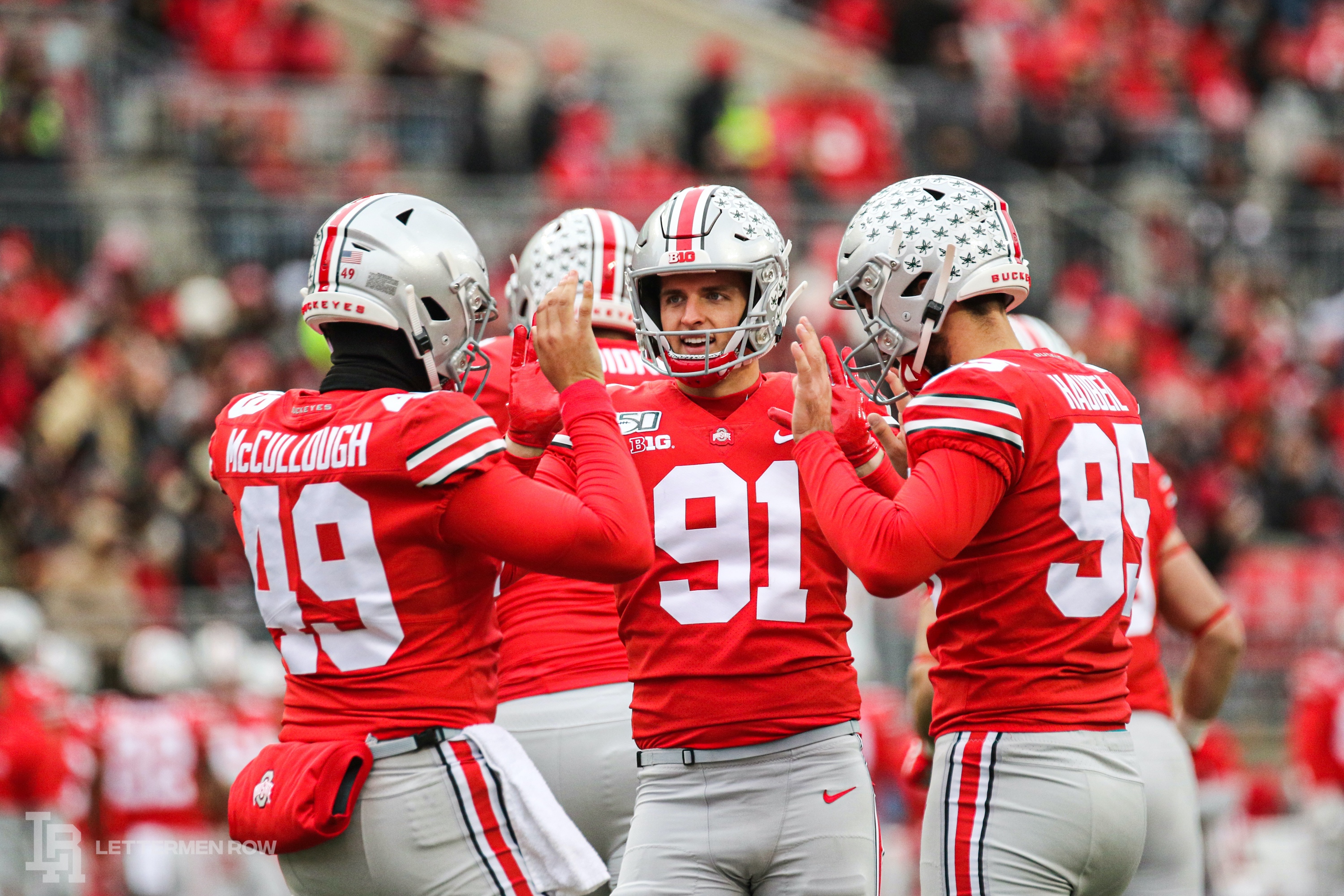 Ohio State needed a punter in the Class of 2021, and the addition of Mirco on a full-scholarship answers the bell. The Buckeyes brought in New Albany punter Michael O’Shaughnessy in the Class of 2019 as a preferred walk-on, so he’ll be the primary competition for Mirco when he arrives on campus next summer.

Ohio State punted just 47 times last season, so the learning curve shouldn’t be too step for a first-time college punter next year, especially with the copious amount of talent the program’s top-ranked recruiting class is bringing in with him.

Matt Barnes has been the primary recruiter for Mirco, and the special teams coordinator continues to thrive as an under-the-radar success for the program.

Mirco was offered a full scholarship, so he’s commitment No. 18 for the Buckeyes. Because he’s only been punting for four months and because he’s from Australia, there’s not even aÂ 247Sports.com profile yet for the newest Ohio State specialist. So his commitment isn’t going to help advance the Buckeyes No. 1-ranked 2021 recruiting class, but his pledge is big for Ohio State just the same.