The speculation, debate and conversations about Ohio State never end, and Lettermen Row is always ready to dive into the discussions. All week long, senior writer Austin Ward will field topics about the Buckeyes submitted by readers and break down anything that’s on the minds of the Best Damn Fans in the Land. Have a question that needs to be tackled, like the one today about Ohio State and J.K. Dobbins? Send it in right here — and check back daily for the answers.

Sometimes there is an explanation that makes sense, sometimes the snub is just utterly confounding.

Either way, J.K. Dobbins will treat them exactly the same. And it’s a safe bet that he will show up for kickoff in the Fiesta Bowl with more motivational fuel than ever before after so far spending all of awards season coming up short.

When it comes to the Heisman Trophy finalists, it’s tough to consider that a true slight to the Ohio State running back for a couple of reasons. For starters, the top line on virtually every ballot was surely already locked up by LSU quarterback Joe Burrow, leaving only two more spots for voters to fill. And while there’s an argument that could be made about the pecking order among Buckeyes, both Chase Young and Justin Fields clearly had strong cases — and likely pushed Dobbins out of the mix.

But splitting the Ohio State vote probably wasn’t the biggest hurdle for Dobbins. The same thing that hurt the junior in the Big Ten running back of the year race surely came back to get him again as voters continue to favor Wisconsin’s Jonathan Taylor for reasons that remain hard to truly justify. 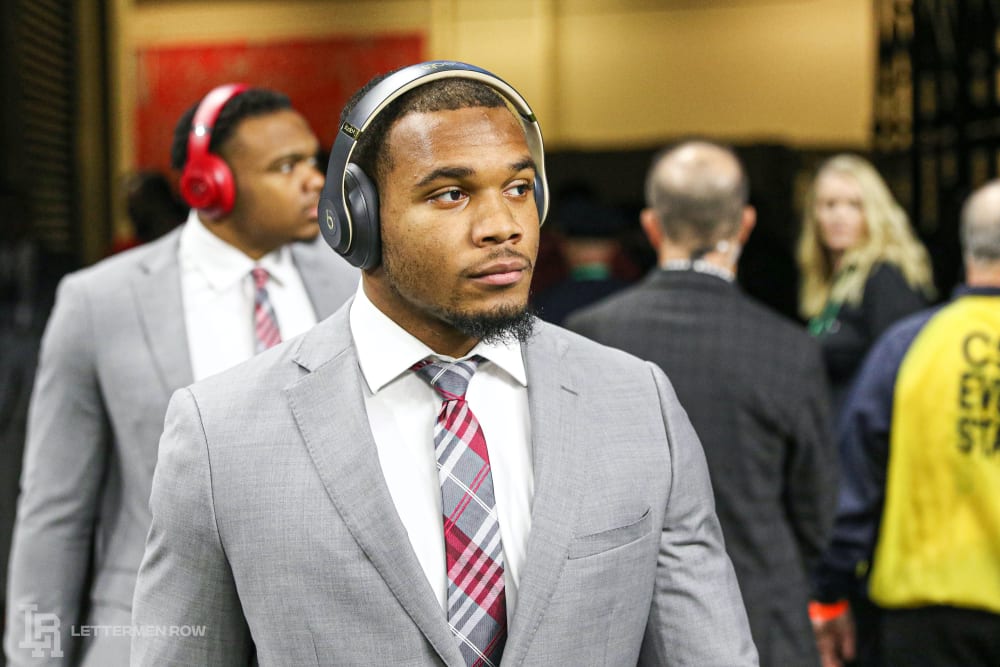 Dobbins has had his revenge against Taylor in every head-to-head matchup, even rallying from behind to again top him in the Big Ten championship with 172 yards and an acrobatic touchdown, helping the Buckeyes win the league crown for the third straight time with him in the backfield. The team goals and living up to his guarantee of a national championship this season are the top priority for Dobbins, but it’s really been no secret that he’s been driven by a perceived lack of respect for his individual talents this season — and the last couple weeks are only going to stoke that fire.

“I’m not speaking for J.K., you have to ask him — but I know if it was me, I’d ask: What else do I need to do?” Ohio State coach Ryan Day said. “I think he deserves to be considered the best running back in the country. That hasn’t really necessarily been the case.

“I know that bothers him. I know he runs with a chip on his shoulder because of that. You have to ask him how he feels, but I know it bothers me. He still has more opportunities to prove himself here.”

J.K. Dobbins has already done that in one postseason game after finding out he didn’t win the top honors at tailback just in the Big Ten.

Now he’s getting overlooked for honors on the national stage, and it’s a lock that he’ll be looking to take it out on Clemson in the Fiesta Bowl.