J.K. Dobbins: Ohio State is 'going to win the national championship next year'

COLUMBUS — J.K. Dobbins isn’t hurting for achievements through two seasons at Ohio State. But his mind is on the one that so far has eluded the dynamic running back.

He’s got two pair of gold pants for wins in The Game. He’s twice contributed to Big Ten championships and was the MVP in Indianapolis as a freshman. Dobbins also has a pair of 1,000-yard rushing seasons and is writing his name all over the record books for the Buckeyes.

But he’s also been locked out of the College Football Playoff twice. And after another national champion was crowned on Monday night with Ohio State having already been done for nearly a week after the Rose Bowl, he’s intent on making sure that doesn’t happen again.

“Let me tell you, weâ€™re going to win the national championship next year,” Dobbins said in the locker room after helping knock off Pac-12 champion Washington last week. “We will win it. Youâ€™ll just see.Â

“And, I mean, of course the committee got it wrong this year, and thatâ€™s all Iâ€™m going to say.” 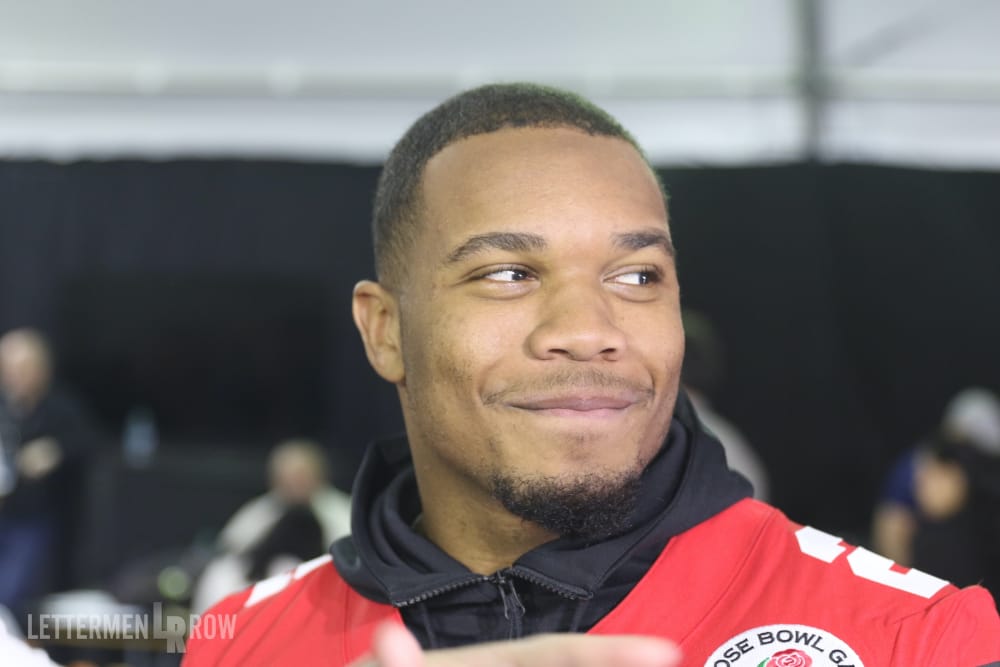 Dobbins is typically a man of few words, but he doesn’t hold back his true feelings in public or hesitate to speak his mind. In both of his seasons so far with the program, Dobbins has been critical of the College Football Playoff selection committee, and there have been valid reasons for Ohio State to be upset after emerging from arguably the toughest division in football in each of the last two seasons before going on to win the Big Ten.

Blowout losses were obviously factors in keeping the Buckeyes out in each of the last two seasons, and there’s really no point in going back to second-guess some of the bizarre decisions by the committee now that the season is in the books. Nothing is going to change the results of the first two seasons for Dobbins now — but he will have a significant impact on what happens for the Buckeyes moving forward into his junior campaign.

“I mean, are we saying I didnâ€™t have a pretty big part in it this year?” Dobbins joked. “I’m just saying we’re going to win the national championship, and I think Iâ€™m going to have a pretty good year.Â Thatâ€™s all I can tell you.

“Iâ€™m going to miss Coach [Urban] Meyer with all my heart.Â He started me as a true freshman. There arenâ€™t many places that do that. He showed me how much he trusted me by doing that, and then this year, another 1,000-yard year under him. Iâ€™m just so grateful to have had him as my coach and as a person in my life. … Now itâ€™s Coach [Ryan] Dayâ€™s time.”

No pressure for Day, right?

His top running back has already predicted a national title in Year One. It will be on J.K. Dobbins now to back it up.