COLUMBUS â€” JK Johnson is officially in the hunt to be part of the solution to the Ohio State secondary woes.

The Buckeyes finished last season with one of the worst pass defenses in the country. They were torched in multiple games and seemed to have no answers after sustaining injuries, dealing with inexperience and facing some COVID-related hurdles that were simply too high to clear.

But Johnson, a top-50 player nationally from the class of 2021, is now on campus at Ohio State after arriving this week. He immediately bolsters the depth of the secondary looking to avenge the eye-popping pass numbers from a season ago.

Although Johnson wasn’t with the program for spring practice, he has been preparing to arrive with playing time and an instant role in mind.

“Those kids have done a great job of staying connected and learning the playbook,” Ohio State defensive coordinator Kerry Coombs said of Johnson and fellow freshman cornerback Jordan Hancock. “It’s not the same. We experienced that last year. You’re not learning on Zoom the same way that you’re learning in person. Anyone who says that you are is kidding themselves. There’s no substitute for on-the-field activity.

“At the same time, Chris Fenelon with our strength staff is monitoring those guys and working with them on the workout plans and those kinds of things. Obviously, the coaches, [secondary coach Matt] Barnes has done extensive work with those guys, getting them prepared. I am excited for them to get here. 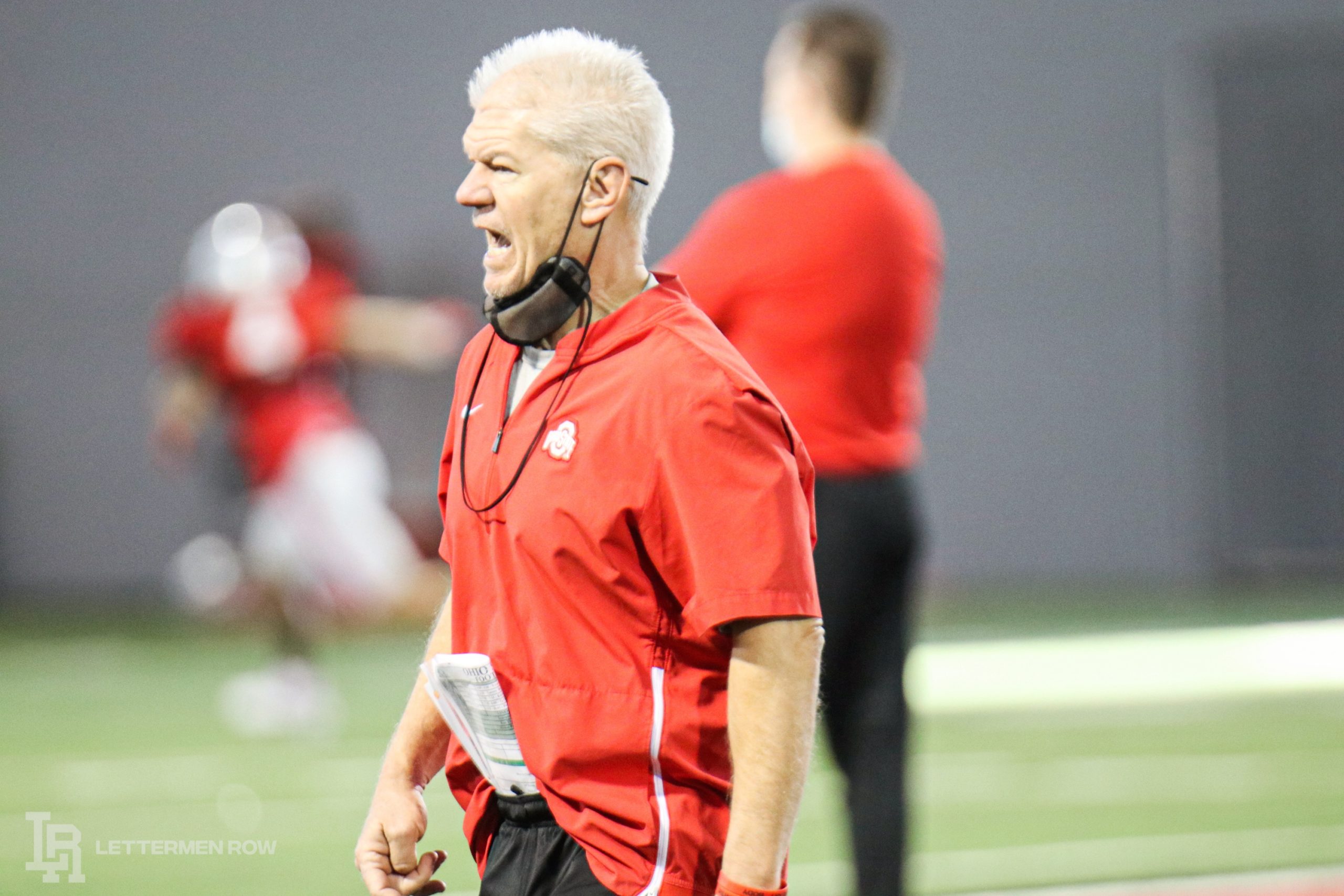 Kerry Coombs has a chance to revamp the Ohio State secondary. (Birm/Lettermen Row)

“Their learning curve is going to be [steep] when they do arrive, it’s going to have to be intense and fast. We’ve got to get them ready. But I think they’re kids that can help and contribute, all three of those kids, some how, some way in the fall. I’m looking forward to that. The depth in the back end is going to help us.”

Johnson and Hancock are both elite cornerback prospects entering a deep but young room. They weren’t present in the spring for the much-needed reps, but they may have a chance to make up for lost time with their talent and an impressive summer, which will lead into fall camp.

Ohio State has cornerbacks such as Ryan Watts, Lejond Cavazos and other young players who have more experience and went through spring with the team. But that won’t disqualify the ultra-talented Johnson from making a push from Day One with the Buckeyes.

â€œI was encouraged by what I saw back there.Â I thought that some of the young guys really stepped up and used these 15 practices to get better. Weâ€™re going to be much deeper in the secondary than where weâ€™ve been. Weâ€™re also going to be younger. So thereâ€™s a give and take there. I think the future is very bright.â€

That cavalry and future includes JK Johnson. Now that he is on campus, he can begin to push for an early role at Ohio State.