COLUMBUS — Jonathon Cooper came back to Ohio State to prove he could be an NFL asset.

Then after doing that in his final season in a Buckeyes uniform, Cooper had to start all over with teams projecting him in a completely new position.

The relentlessly driven, selfless former Ohio State captain had no problem taking on another challenge when asked to show what he could do as a linebacker after spending five solid years at defensive end. But his versatility and willingness to play anywhere wound up being another positive checkmark for Cooper as an NFL Draft pick, which the Denver Broncos officially made him on Saturday in the seventh round.

“Obviously, Iâ€™ve been playing defensive end throughout my whole entire college career,â€ Cooper said in March after his Ohio State Pro Day. “But with all the teams Iâ€™ve basically been talking to, they kind of see me as a outside linebacker, SAM-type position, which is my body type. I just wanted to make sure I show the scouts and everybody that I can play linebacker, and that I feel really comfortable in space. That Iâ€™m ready for the next level. 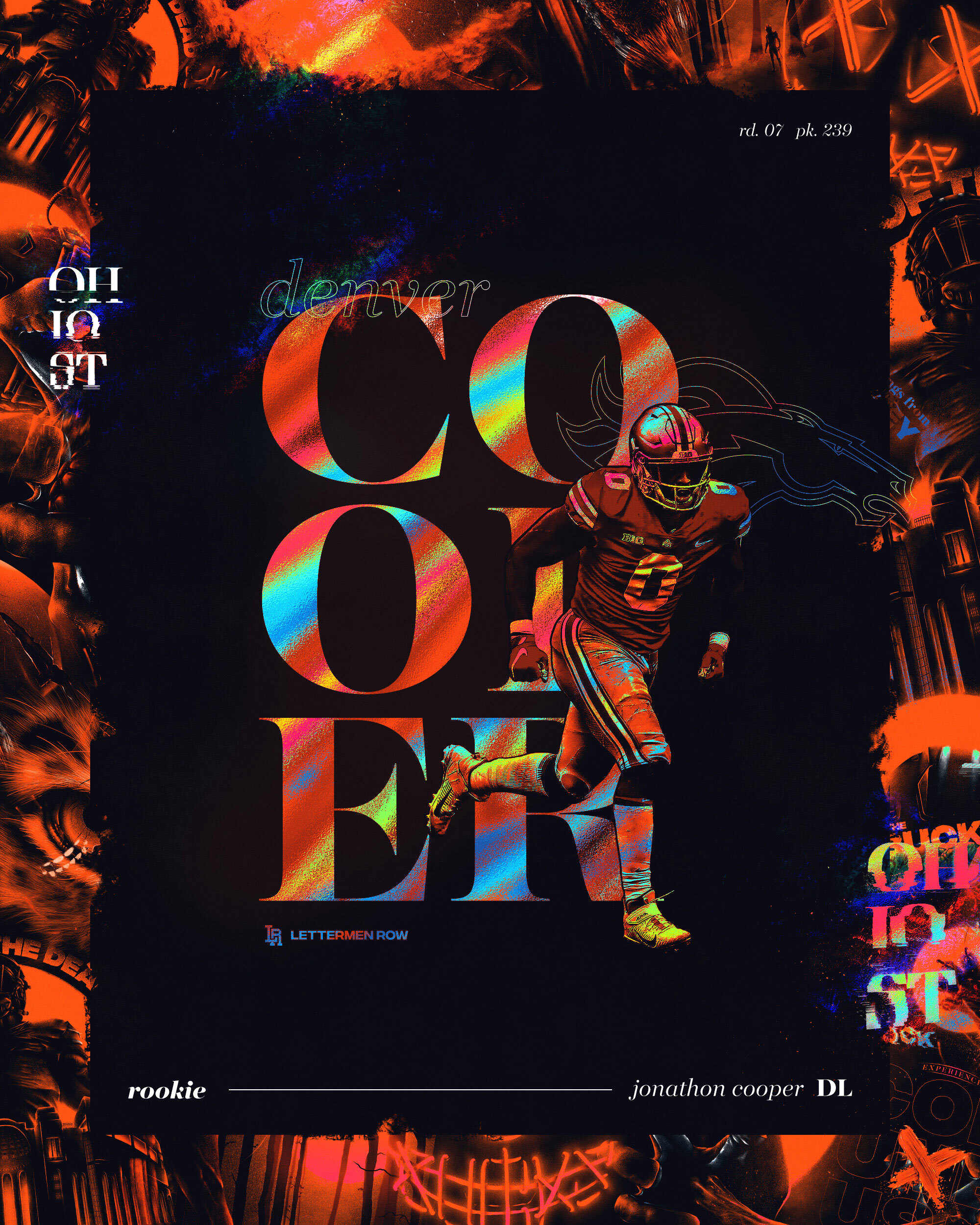 “I see myself playing SAM or outside linebacker, especially in the 3-4 defense.”

Now it’s up to the Broncos to figure out where Cooper fits best, but all that really mattered to Ohio State’s firstÂ Block OÂ jersey recipient was getting an opportunity.

Cooper could have potentially had one at this time a year ago. Instead, though, he elected to come back for one more season with the Buckeyes after a nagging high-ankle sprain effectively wrecked his original senior season. The decision paid off for both him and Ohio State, and Cooper left with another Big Ten championship ring and a memorable outing in the Sugar Bowl victory over Clemson.

The next game for Jonathon Cooper will be at the NFL level. And Denver is waiting to welcome him now.