COLUMBUS — The decision was clearly a win-win in hindsight, and Jonathon Cooper suspected all along that would be the case.

That still didn’t make it easy to pull the plug on his first senior season, stay on the sidelines for a College Football Playoff game or watch his close friends head off to the NFL without him last year.

But Cooper needed a chance to prove what he could at defensive end when not bothered by a nagging high-ankle sprain. And he also always wanted to do what’s best for the Buckeyes, which in turn made a decision on their end to establish a tradition for the first selfless recipient of theÂ Block O jersey a no-brainer with Cooper. Both sides wound up getting just about everything they could have possibly hoped for during Cooper’s bonus year at Ohio State, although obviously they would have preferred to get one more win before he finally took off the scarlet and gray for the final time.

“I would say in some way, yeah, [the decision was validated],” Cooper said after the Sugar Bowl. “You know, I honestly came back for my teammates and I wanted to show the world the type of football player that I am. I feel like I played pretty well against Clemson. I definitely went back and watched the film, there’s definitely some things I could get better at. 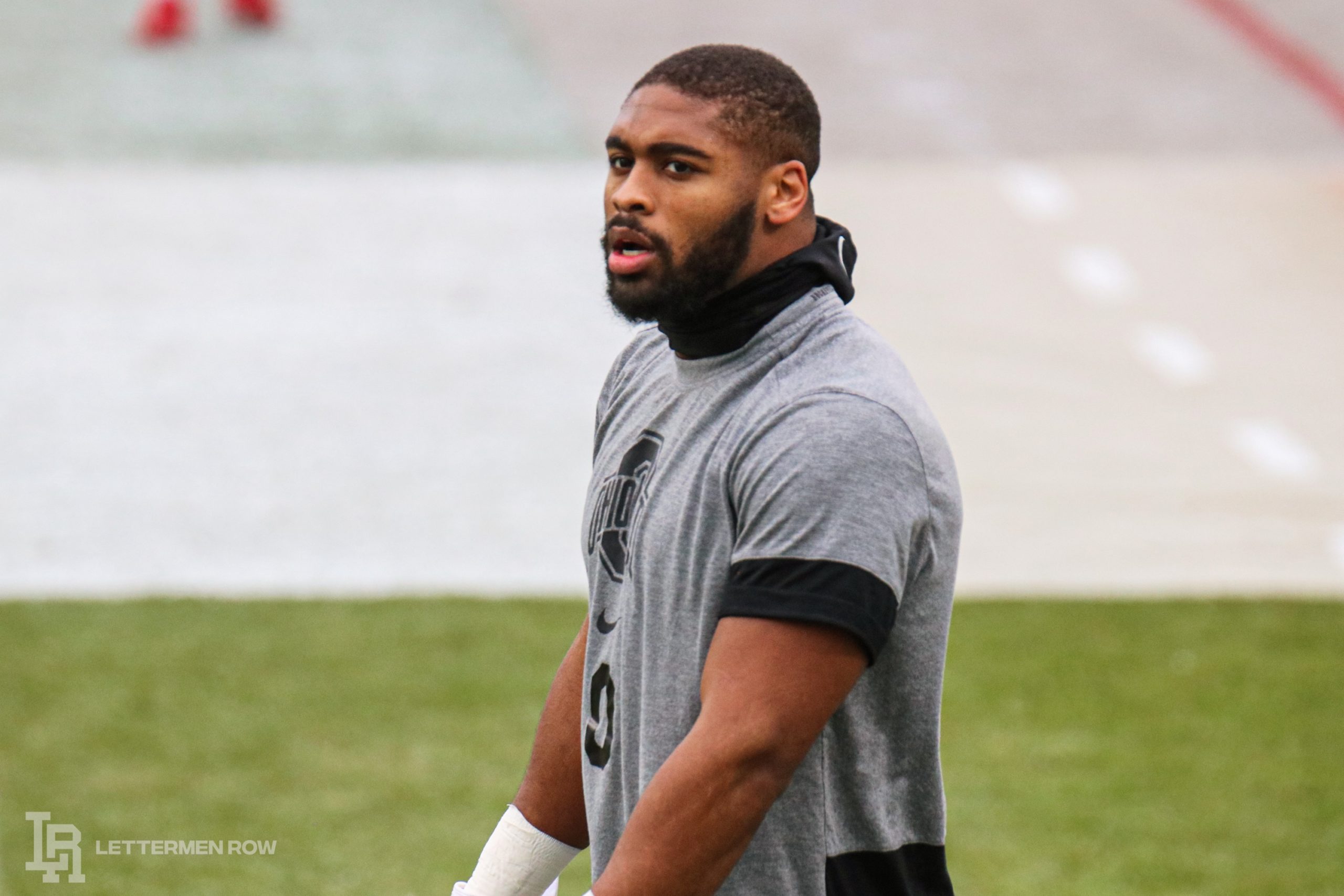 Ohio State defensive end Jonathon Cooper made the most of his final year. (Birm/Lettermen Row)

“But for the most part we got the job done and we won the game, and that’s the whole entire goal.”

Cooper was a dominant force for the Buckeyes in that semifinal win in New Orleans, putting more evidence on film for NFL scouts and general managers to weigh heading into draft season. That performance and a strong showing last week at the Senior Bowl has buzz growing for Cooper as he continues to train down in Florida now that his shot at a professional career has finally arrived.

Cooper still isn’t over the loss to Alabama, of course, and he might not ever be. But that shouldn’t overshadow everything he gave to Ohio State during his career or the production he provided just to get to the title game in the first place — and it’s a safe bet that he’s got the attention of NFL franchises now.

Both Jonathon Cooper and Ohio State won in the short term with him around the program for one last season. But now Cooper should be in line for the long-term payoff as well.

What did Jonathon Cooper prove about himself during his final season with Ohio State? How is he elevating his NFL Draft stock after an impressive showing at the Senior Bowl? Where can Cooper potentially still get better as he transitions to the next level? The Block O himself breaks down the highlights of his final year with the Buckeyes and answers those questions and more in the latest episode of BuckIQ.