The crowd difference was apparent.

Young is a rising superstar along the defensive line for the Buckeyes, while Cooper is a veteran grinder who has scratched his way to a starting spot on the edge. Cooper will never be the most talked about, the most glorified, the most hyped defensive end on Ohio Stateâ€™s roster.

Heâ€™s fine with that. Heâ€™ll just keep grinding and building off a 2018 campaign that saw him begin to grow into his four-star potential from when he was recruited.

â€œIâ€™m very focused,â€ Cooper said. â€œI feel like Iâ€™m ready to take on that role and become the player that everyone expects me to be. Iâ€™m taking every day like itâ€™s my last, and Iâ€™m very excited for my last year.â€

Cooper, the Gahanna native who stayed in Columbus as part of the 2016 recruiting class, was part of the same class as Nick Bosa, so it can be easy to understand why heâ€™s always been a little overlooked with the loaded Rushmen. But Cooper has played in 33 games in his three years on campus. He played in 14 as a sophomore and 13 as a junior.

Last season, Cooper took the next step and started in place of the injured Bosa. By the end of the year, he had grown into his own playing opposite of Young. Cooper finished the season with 6.5 tackles for loss and three sacks. 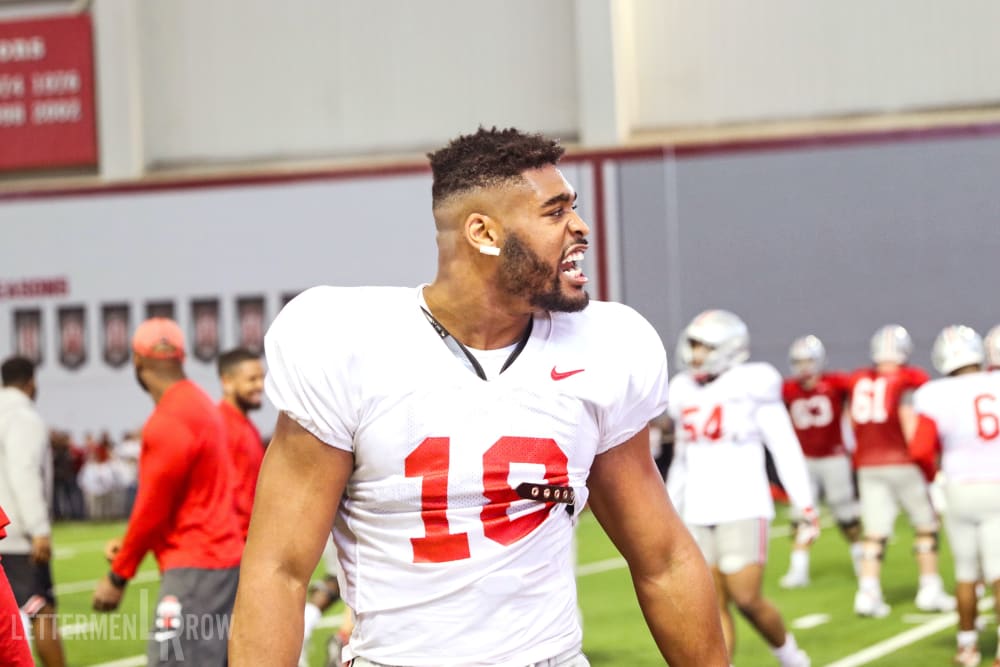 â€œI feel like Iâ€™m a guy whoâ€™s a veteran whoâ€™s been here and needs to get the job done more,â€ he said.

That doesnâ€™t just mean getting after the quarterback and stringing out run plays on the line, though. Cooperâ€™s a leader on the defense now, one that gave up historically bad numbers for an Ohio State defense a year ago. Heâ€™s also the guy who spent three years in a complicated defense, one that tried to scheme more than play.

Younger guys, such as Tyreke Smith, Tyler Friday, Noah Potter and Zach Harrison, didnâ€™t have to spend three years in a complex system, and they might be lucky to step into a simple defense. Cooper has become a leader for them, and heâ€™s teaching them what itâ€™s like to play defensive end at Ohio State.

Now, new co-defensive coordinator Greg Mattison has simplified things for Cooper and the defense. Heâ€™s allowing them to go north and south, fly to the ball and make plays. This way is a better way for Cooper. He can finally sigh and just play football.

With all the shifts on defense and turnover in the defensive staff meetings, one coach remains on that side of the ball. Most of the defensive players are back this season for the Buckeyes, and Cooper headlines the seniors along with Jordan Fuller and a handful of others with experience.

It likely wonâ€™t matter how much production Cooper puts up during his final season at Ohio State; heâ€™ll still be talked about less than Chase Young. Heâ€™s even begun to field questions about the up-and-coming defensive end Smith, who seems to be ready to have a big year.

But none of that bothers Cooper. He took a big step last year. This season, he has plans to be even better.

â€œI feel like this year,” Cooper said, “Iâ€™m ready to take over.”