COLUMBUS â€” Ohio State finally got its man: Jordan Hancock has committed to the Buckeyes.

The former Clemson verbal, who has long been at the top of the list of cornerbacks for Ohio State, decided to go back to the feeling he had along. In March, when he committed to the Tigers, he told Lettermen Row that the decision even surprised himself.

â€œYou know I was really set on Ohio State,â€ Hancock told Lettermen Row at the time. â€œMy family and my friends knew I was going to Ohio State. I had an Ohio State [game] controller, Ohio State blankets. In my head I was committed to Ohio State. That one visit to Clemson changed my mind.â€

And now, fortunately for the Buckeyes, the big-time defensive back prospect has changed his mind again.

Lettermen Row is breaking down the decision by Jordan Hancock and what his commitment means to Ohio State, the Big Ten and the national recruiting scene for the Class of 2021.

The Buckeyes have regarded Jordan Hancock as highly as any cornerback in the country during the 2021 recruiting cycle and it doesn’t take much time watching his highlight film to decipher why. The 6-foot-1, 170-pound athlete has the long arms that Kerry Coombs loves from his outside defenders. He’s physical and aggressive and has the hips and footwork to line up on slot receivers and the high-end speed to run with receivers on the edge. Playing at North Gwinnett (Suwanee, Ga.) High School, Hancock has played some of the best teams in country on a regular basis and has cut his teeth against top-end competition.

Bottom line? Hancock is the prototypical cornerback that the Buckeyes search for every single recruiting cycle and he’s a player that will be expected to compete for playing time early in his Ohio State career but he should start that path on a trajectory similar to the one Shaun Wade has taken. Hancock will begin his career as an slot corner who eventually moves to the outside.

For many reasons, the addition of Jordan Hancock is about as big as it gets for Ohio State.

As mentioned, he’s been at the top of the recruiting board at cornerback for the Buckeyes and his verbal means that Kerry Coombs now has both of his top targets in 2021 as Hancock complements J.K. Johnson perfectly at the position. Hancock is the country’s No. 6-ranked cornerback prospect.

On top of the talent, which is ample, the decision to decommit from Clemson for Ohio State, is a huge victory for Ryan Day and his coaching staff. Dabo Swinney’s program is difficult to find cracks in and even more difficult to expose those cracks when and if they’re located. Clemson has had only two decommitments since 2013, after all. What makes it so important is that the Buckeyes didn’t do anything out of the ordinary to flip Hancock. They simply remained in contact and made sure that the family knew they had his best interest at heart. The relationship that he had with Ohio State was just better.

With Hancock committed, Ohio State is back to six defensive backs in the Class of 2021. He’s one of two pure cornerbacks — he and Johnson — and joins Andre Turrentine, Jantzen Dunn, Denzel Burke and Jaylen Johnson as future members of Kerry Coombs room. 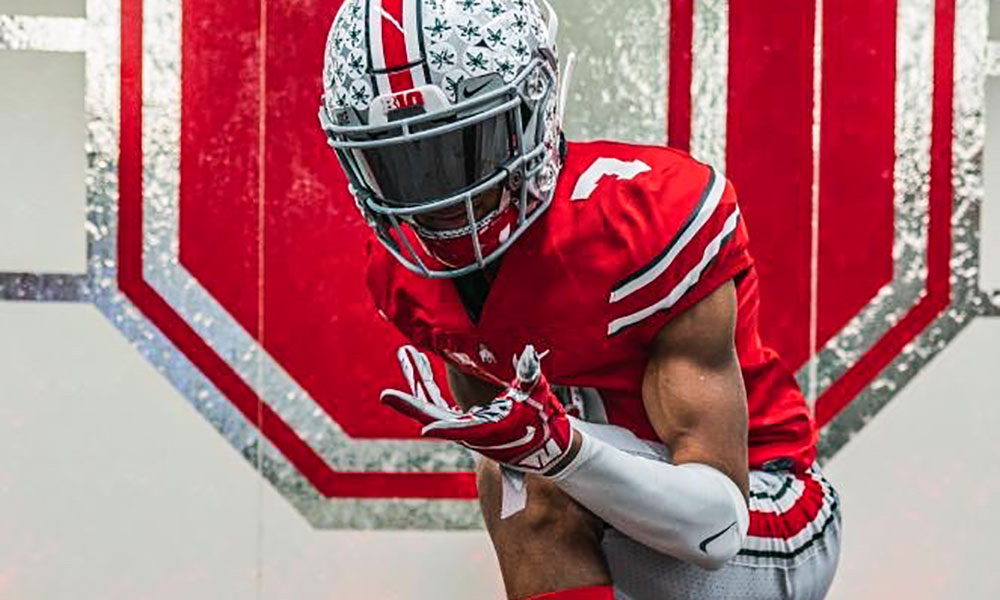 After losing cornerback Devonta Smith in June, Ohio State is back 19 commitments in 2021 and Hancock’s addition grows the Buckeyes already huge lead as the country’s top-ranked recruiting class. Alabama, with 15 commitments, has a firm hold on the No. 2 spot in the national rankings right now but the Crimson Tide are more than 35 full points behind Ohio State.

The Buckeyes are still very much in the mix for a handful of stars across the country. Ohio State is one of the top schools for 5-star prospects Emeka Egbuka, J.T. Tuimoloau and Tristan Leigh and is also deep in the conversation for 4-star talents Tywone Malone and Derrick Davis. If Ohio State were able to pull in that group, it’d finish the 2021 cycle with the highest-ranked recruiting class of the modern era.