COLUMBUS — If NFL teams need to know what type of player they’re getting in Josh Myers, they can look back to the final games of his Ohio State career.

The former Rimington Trophy finalist suffered a turf-toe injury in the Big Ten Championship game. He opted to keep playing, however, starting against Clemson and Alabama by in the College Football Playoff. By the end of the season, Myers needed an MRI and X-ray to determine the extent of the injury.

Myers had done some serious damage to his foot. He broke a bone underneath his foot and had an avulsion of the tendon on another bone. Surgery was the verdict. The decision to play in those final games with the Buckeyes has put his draft process on pause â€” he only participated in the bench press at Ohio State’s Pro Day, sitting out all on-field testing.

“The recovery process is four months, and I’m pretty much two months out right now,” he said. “So that’s why I didn’t perform [at Pro Day]. …Â I think it is more about them getting to see us, the scouts and the coaches, getting to see us in person, getting to see how we interact and how we carry ourselves in person in this type of scenario. Then also the athleticism, but everything is being evaluated.

While Myers didn’t show off his skills at Pro Day this spring, he’s confident his body of work with Ohio State stands for itself. The two-year starter was considered one of the best at his position, and the Buckeyes offense backed it up with a prolific attack. At 6-foot-5 and 312 pounds, his body type made him a strong run blocker.

The Miamisburg native was the No. 1 recruit in the state of Ohio in the class of 2017 and committed to the Buckeyes as a sophomore in high school. AÂ first-team all-Big Ten selection by the coaches and a second-team all-conference performer by the media, he declared for the NFL Draft in January, bypassing his final year of eligibility. Still, ESPN draft analyst Mel Kiper Jr. has him rated as the third-best center in this year’s draft. 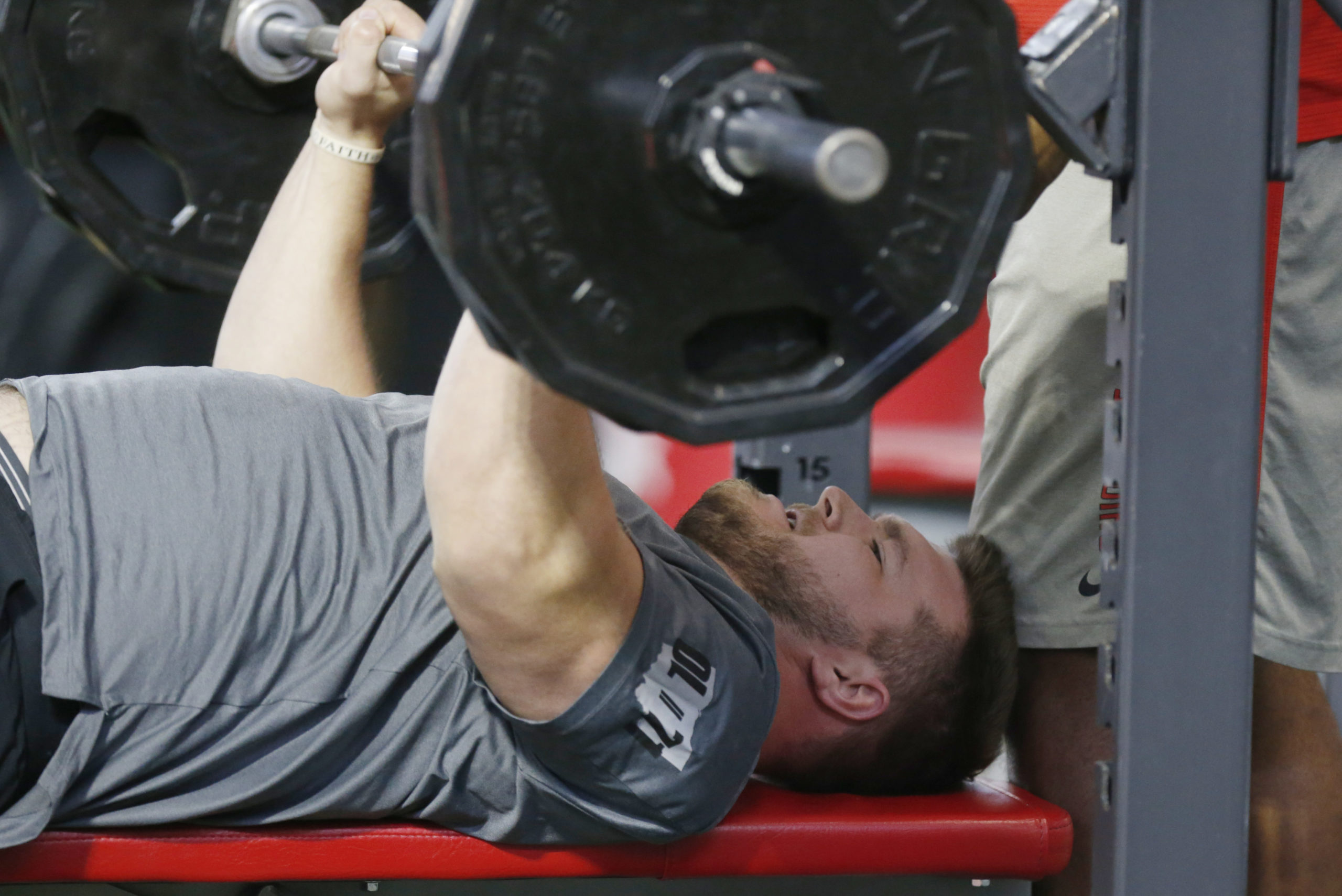 With him making the calls up front, the offensive line was constantly in the conversation for the Joe Moore Award, given to the top unit in the nation.Â As a leader, Myers was never shy to talk about doing whatever it necessary for Ohio State to have a 2020 season. In the weight room, he helped set the bar inside the program with his work ethic.

“It seems like from everyone that I’ve talked to about it, that the two years of tape is enough,” Myers said. “I think it helps that the recovery time is only four months. So I’m supposed to be 100% recovered with no restrictions by the end of May. I’ve told every team, I’ve talked to about it. It’s the first thing I say on meetings that, you know, just so that they’re aware. It doesn’t get brought back up in hardly any of them.”

Myers has been the leader and apex of the Ohio State offensive line for two seasons. He said he still needs to improve on his positioning at the second level, which can be addressed after he’s fully recovered from his postseason surgery.

But NFL teams want a player with grit, someone who will leave everything on the field for their team. Josh Myers can deliver on that.