COLUMBUS — There is no uncertainty about where J.T. Tuimoloau has the brightest future at Ohio State.

But if the five-star defensive end happens to want to moonlight elsewhere, the Buckeyes aren’t planning to lock him out of the Schottenstein Center.

The chances of Tuimoloau being able to play basketball while keeping up with all of his other responsibilities for football may actually be slim when it comes time to make a decision. For now, though, there’s no rush as the freshman is solely focused on preparing for his first training camp with the Buckeyes — and Chris Holtmann will be waiting to talk the next step through whenever the moment is right.

“We’ve seen him,” Ohio State basketball coach Chris Holtmann said during his Tuesday press conference. “We haven’t seen him live, but we’ve watched him on film and watched him a little. Listen, I think we’re a ways away from him stepping onto a court. [Ohio State football coach] Ryan [Day] and I will have conversations. I’m sure ultimately it will come down to what the young man and his family really want to do. 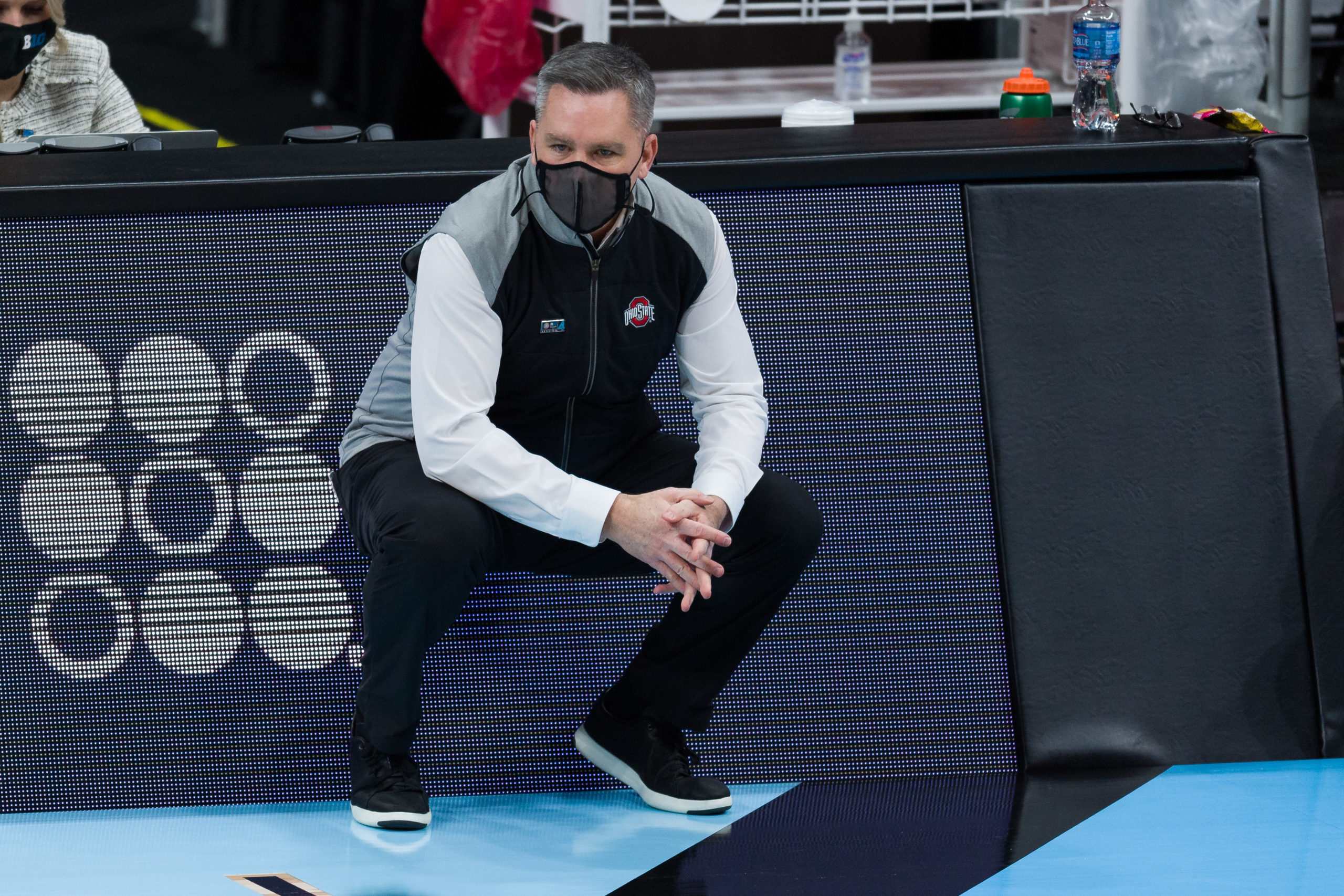 “I met with him when he was here, we had breakfast — beautiful kid, beautiful family. He’s a good player, he’s a good player. But I’m not going to stand in the way of a national championship or a first-round pick — or first pick.”

Tuimoloau certainly brings some talent to the hardwood, but the projections for his future there certainly pale to the kind of No. 1-overall-NFL Draft-pick projections that come with his skills as a defensive lineman.

His unique combination of size, mobility, impressive footwork and a knack for mastering technique translates to both sports, and there were discussions during his recruitment about the possibility of trying to play both football and basketball at the college level. But considering that Ohio State is an annual College Football Playoff contender with a season that spills over into January and the critical physical development that occurs during strength coach Mickey Marotti’s grueling offseason workouts, an already small window to contribute for Holtmann only figures to shrink once Tuimoloau gets through a season on the gridiron with an eye on his professional future.

That doesn’t mean the door is closed for him or other aspiring two-sport stars like top-rated recruit Lebbeus Overton. Holtmann and Day will continue to collaborate on recruitments if that’s an option players want to pursue at Ohio State, though it’s certainly a difficult path for even the most gifted athletes.

“The coordination between the two staffs, they’ve met with some of our guys. We don’t have any dual-sport players over here, but they’ve met with our guys on occasion and there is great coordination between both staffs. We love them. Ryan and I will be talking specifically about J.T.’s situation as we get closer to it, I’m sure. We’ll all decide what’s best for him.”

There is at least one way for sure that J.T. Tuimoloau is going to be helping the Buckeyes this year.

Whether there is room for a second will be a conversation for another day.