COLUMBUS — Even with ideal circumstances, Julian Fleming was never supposed to be a finished product by the end of his freshman season.

And obviously the nation’s top-ranked recruit didn’t even come remotely close to getting a normal first year to develop at Ohio State.

But even without a full set of spring practices, a normal training camp or the amount of reps that would have been expected had half the games been wiped away due to the pandemic, Fleming was still ready enough to lead the Buckeyes in receiving in a championship setting two weeks ago. The work isn’t done for the freakishly athletic wideout, but the way he responded when thrust into a primary role on short notice certainly suggests he’s well on his way to stardom at Ohio State.

“[Fleming] had to step up in a big game, and I think he did a pretty good job of that,” Ohio State quarterback Justin Fields said.Â “I really had no choice, to be honest with you. … I mean, at the end of the day, if you don’t trust your teammates, you really have no chance of winning. I had no choice but to put my trust in Julian, and he’s a great player. He’s young, but he’s smart, fast and physical. 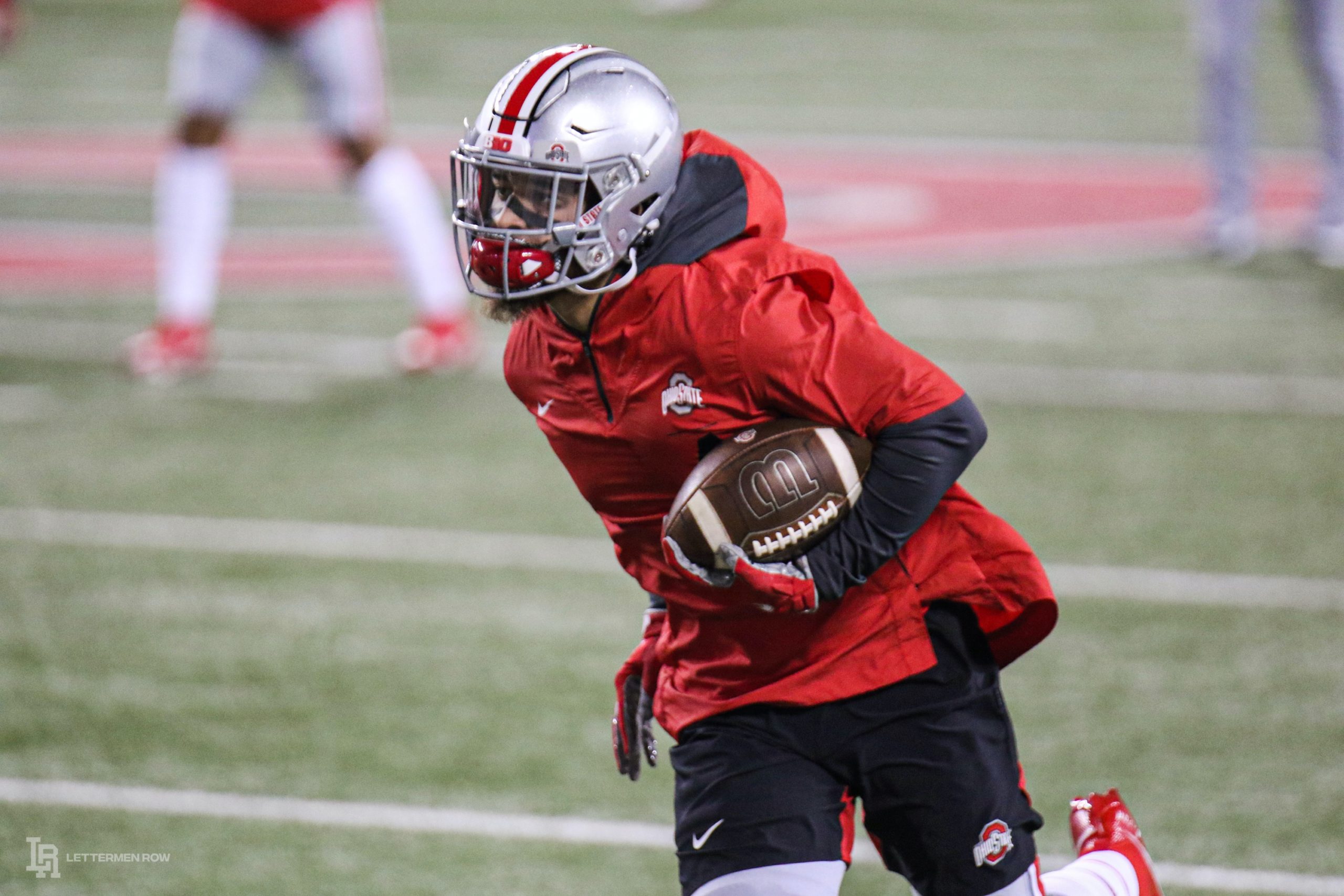 Ohio State freshman Julian Fleming has made a couple key plays for the Buckeyes. (Birm/Lettermen Row)

“I think the sky is the limit for him if he just keeps on working.”

That limitless potential has always been clear thanks to Fleming’s physical tools, but the transition from a run-heavy offense in high school into a pro-ready target in the passing attack was never supposed to happen overnight. Fleming and position coach Brian Hartline were both honest and realistic about the expectations for his freshman campaign, and those clearly had to be adjusted after missing so many valuable chances to grow throughout the course of the year.

But Fleming has apparently made the most of the opportunities he did get, turning them into four key catches for 53 yards in the win over Northwestern when Chris Olave was out of the lineup. The Buckeyes are expecting to have their veteran leader back on Friday in the Sugar Bowl — and now they know that Fleming is ready, too.

What can Julian Fleming keep adding to the Ohio State passing attack moving forward? Where has the top-ranked freshman made the biggest strides during a challenging year? How can Fleming lend a hand in the Sugar Bowl? Former Ohio State wide receiver Johnnie Dixon popped in the highlights with Lettermen Row and answered those questions in the latest episode of BuckIQ.