Fields made the easy decision to declare for the NFL draft on Monday after three seasons in college, two of them spent with Ryan Day and the Buckeyes.

After two Big Ten titles, two College Football Playoff appearances, plenty of outrageous highlights and a draft stock that seemingly can’t get any higher, Fields is heading to the next chapter of football and leaving Ohio State as one of the best quarterbacks in program history.

He’s likely to be one of the first quarterbacks taken in the April’s draft.

The ending — a blowout loss to Alabama in the national championship game on Monday night — certainly wasn’t what Fields and the Buckeyes wanted, but the signal-caller still had a spectacular season and Ohio State career, especially in the postseason, when Fields had 385 yards and six touchdown passes in the semifinal to advance to the title game.

After two years, Fields is moving on. But he made sure after the game to reflect on his time at Ohio State. 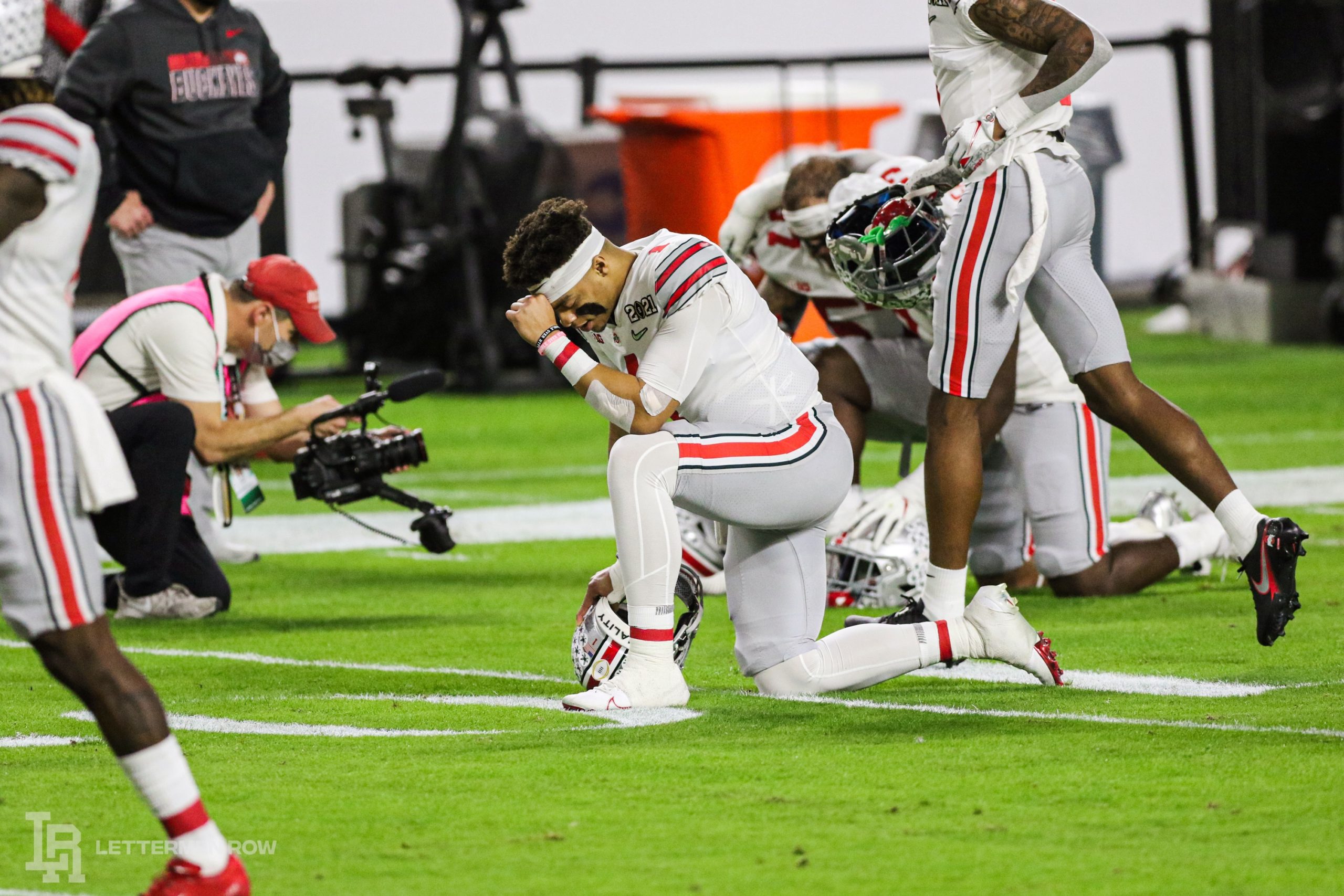 Ohio State quarterback Justin Fields is one of the best in program history. (Birm/Lettermen Row)

“The last few years have been great,” Fields said after the national title loss to Alabama. “I’ve made a lot of friendships and made a lot of brothers. We definitely wanted a different outcome, but I’m definitely going to miss everybody.”

Fields finishes his Ohio State career with a 20-2 record and as a 68.4-percent passer with 5,373 passing yards, 63 passing touchdowns and just nine interceptions thrown to go along with 867 rushing yards and 15 touchdowns on the ground. He stepped into the quarterback room with no bona fide starter and became the face of the football program before fighting to have this season reinstated for a chance to play for a national title.

And he led the Buckeyes to that chance, only to come up short. There is little Fields still has left to accomplish at Ohio State.

After making Big Ten defenses look silly for two seasons, Fields is officially off to the NFL.