Next season, he’ll be wrecking havoc in the NFC North. The former Ohio State quarterback was selected with the 11th overall pick by the Chicago Bears on Thursday night in the opening round of the NFL Draft. After being scrutinized for his play and character by draft experts for weeks, he was the fourth quarterback taken off the board.

The Bears tradedÂ up with the Giants to take the Buckeyes quarterback, who becomesÂ the highest Ohio State quarterback taken off the board since 1982.

Fields, who transferred to Columbus after his freshman year at Georgia, immediately put Ohio State in the College Football Playoff picture. A heart-wrenching loss to the Clemson in the CFP semifinals as a sophomore fueled Fields this past season.

He rededicated himself to the weight room in the offseason, but then the COVID-19 pandemic hit. Still, the the 6-foot-2, 227-poundÂ quarterback wasn’t slowed down, fighting to have the a season and then brought the Buckeyes back to the same stage where they lost to the Tigers.

This time, Fields wasn’t going to walk off the field without a trip to the national championship in hand. After taking a crushing blow midway through the second quarter, he put together the gutsiest performance in Ohio State history, finishing the Sugar Bowl by picking apart Clemson’s defense with 329 yards and five touchdowns. Getting his revenge against Clemson was Fields’ crowning achievement with the Buckeyes. 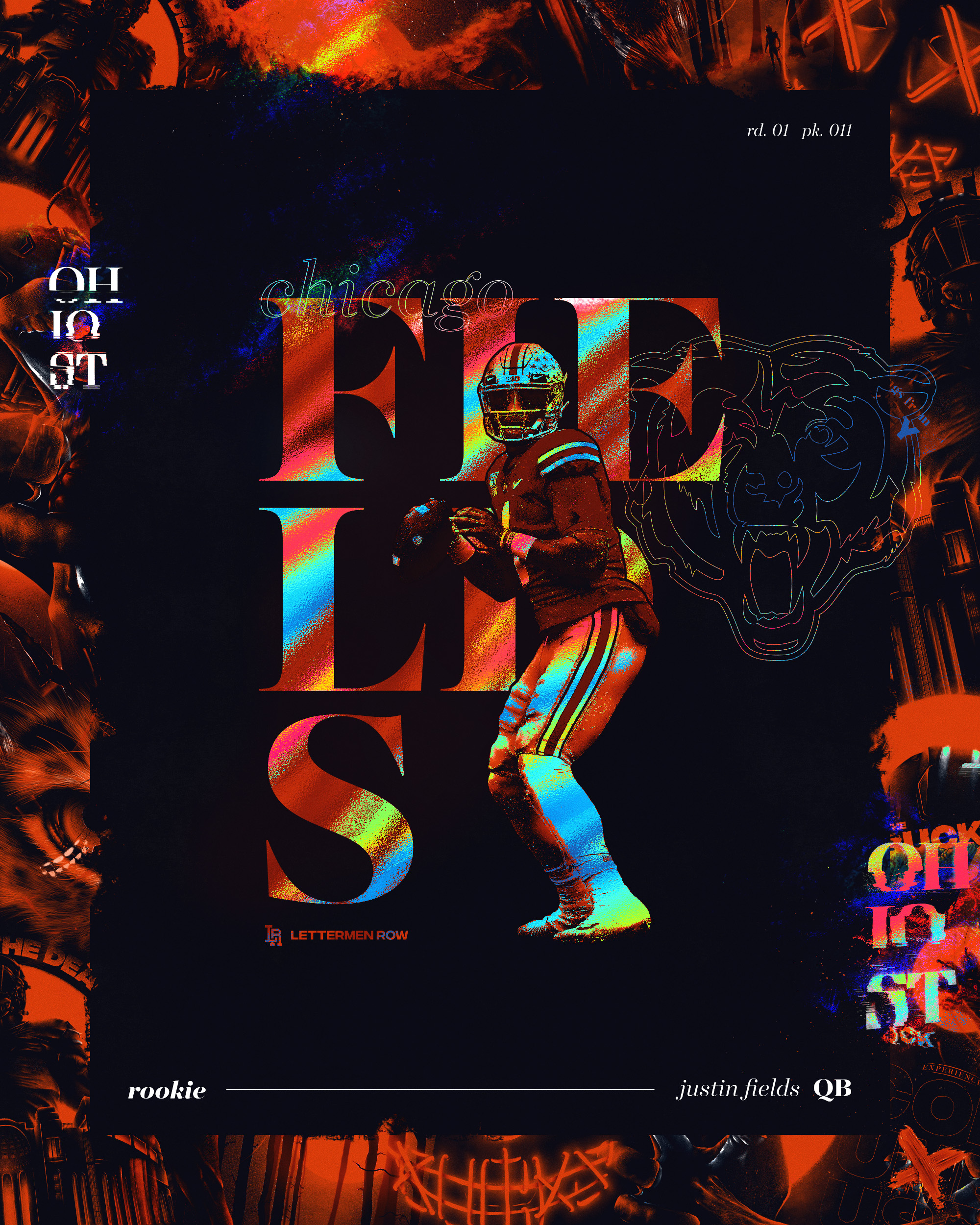 For all he did in his two seasons, he still was questioned left and right in the lead up to Thursday’s draft. And he took it all professionally, even holding two Pro Days to show off his talent as a passer.

â€œAt the end of the day, itâ€™s always going to be a chip on my shoulder,â€ Fields said. â€œBut I think my drive, my wanting to be great, my willingness to be great comes from inside. I mean, to be honest, if everybody on the outside was telling me how great I was and I hadnâ€™t reached the level of potential that I think I can reach, that drive would still come from inside.

â€œI try not to pay too much attention to the outside voices because at the end of the day, they have their opinions but donâ€™t really know whatâ€™s going on inside the building or a certain offense. My dedication and passion to be great comes from within. â€¦Â I mean, thereâ€™s no issue. I know what I do on the field.â€

Bears fans will now get to know why Justin Fields was so beloved by Buckeyes Nation.