The speculation, debate and conversations about Ohio State never end, and Lettermen Row is always ready to dive into the discussions. All week long, senior writer Austin Ward will field topics about the Buckeyes submitted by readers and break down anything that’s on the minds of the Best Damn Fans in the Land. Have a question that needs to be tackled, like the one today about Ohio State and the health of Justin Fields? Send it in right here — and check back daily for the answers.

Justin Fields is going to play in the Fiesta Bowl, there’s not even a question about that.

And for Ohio State, there also doesn’t appear to be much uncertainty about which version of the quarterback they’re going to have available against Clemson.

“I think with this restÂ he’s going to be at 100 percent,” Buckeyes coach Ryan Day said on Monday.

There’s not a lot of wiggle room in that projection for Fields. And that’s another huge reason why this three-week stretch for the Buckeyes is so critical for their preparations coming off that brutal, physical tests they faced over the final three games of the Big Ten season.

Ohio State has already proven it can win games against elite defenses with Fields at less than full speed. The sophomore has delivered Heisman Moments with that bulky knee brace on his left leg. And the combination of his passing ability, the amount of talent surrounding Fields and the creativity of the offense means Ohio State doesn’t have to rely on his legs to be effective. 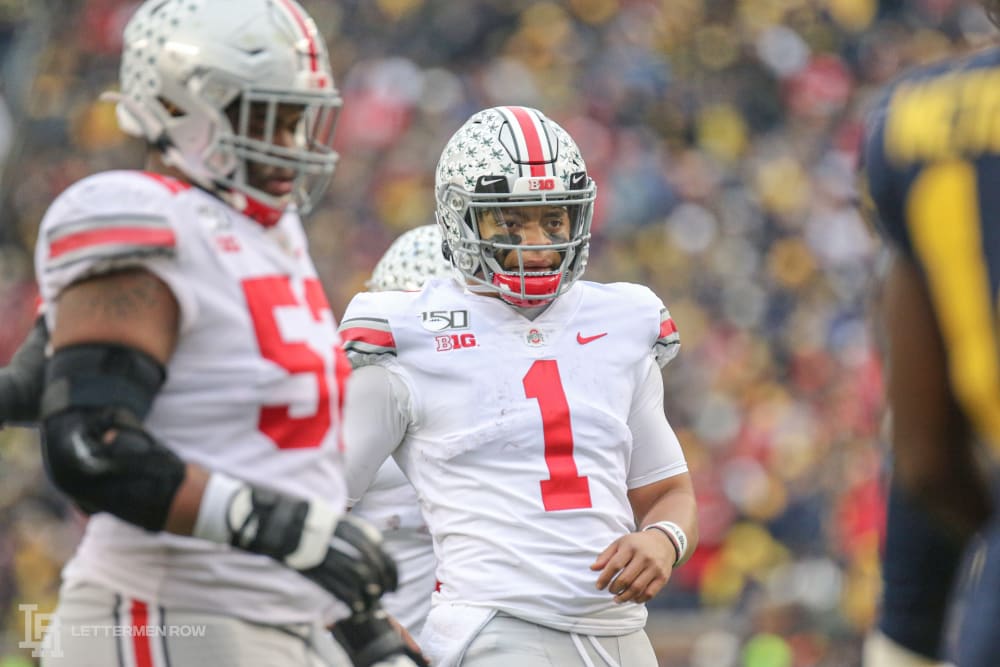 But it’s also obvious that the Buckeyes are at their most dangerous when Fields is able to unleash his dazzling speed, elusiveness and unique ability to extend plays without anything holding him back. By his own admission last weekend in New York at the Heisman Trophy ceremony, Fields was still dealing with some soreness and working through a rehab routine on the road with an eye on scrapping the brace by the time Ohio State takes the field in Arizona.

Fields isn’t at that point yet. But he’s practicing with the Buckeyes right now, which is significant all by itself given his limitations in the week leading up to the Big Ten title game.

“He didn’t get a chance to practice as much as he would have liked to this week,” Day said. “I think early on [struggling against Wisconsin] was a combination of our protection and maybe him just being a little rusty, not getting the amount of reps, live reps that he needed during the week.Â Being a quarterback so much is timing. When you’re in the NFL, you’ve had years and years, hundreds of games under your belt, maybe you don’t need it as much. When you’re a 19-year-old sophomore who hasn’t played a ton of football, you need to practice.

“But the way that he played without having a full week of practice is incredible. His heart is like I’ve never seen before. The way he came out to play goes to show you that.”

The Buckeyes can certainly win the College Football Playoff with Justin Fields at less than full strength, and it’s probably not fair to hold Day to any projection about the exact percentage of health his quarterback will be in a week and a half.

But Fields is certainly trending in the right direction. And there’s no question that’s good news for Ohio State.