COLUMBUS — There were plenty of reasons Justin Hilliard was never even supposed to still be at Ohio State.

Certainly the former five-star recruit wasn’t ever planning on being around for six years with the Buckeyes. Bad-luck injuries obviously changed those plans around, but there were also times when it simply didn’t look like Hilliard would be able to fight back as the depth chart kept adding more talent or the opportunity to leave a legacy at Ohio State just wasn’t in the cards.

But Hilliard never quit. And in a program that lives by a simply mantra to FightÂ every day no matter the circumstances. the way Hilliard battled back after all these years with the Buckeyes to become the defensive star of the Big Ten championship game on Saturday is a remarkable legacy.

â€œThis whole journey, man, it’s been tough but it’s been such a blessing at the same time,” Hilliard saidÂ after the 22-10 win over Northwestern. “Earlier this week I was able to talk to the younger guys at Senior Tackle and that was just so emotional for me. The journey I’ve been on and the guys that have been here with me, to stick with me, and push me through some of those tougher times … I knew I had to step up in a bigger role. 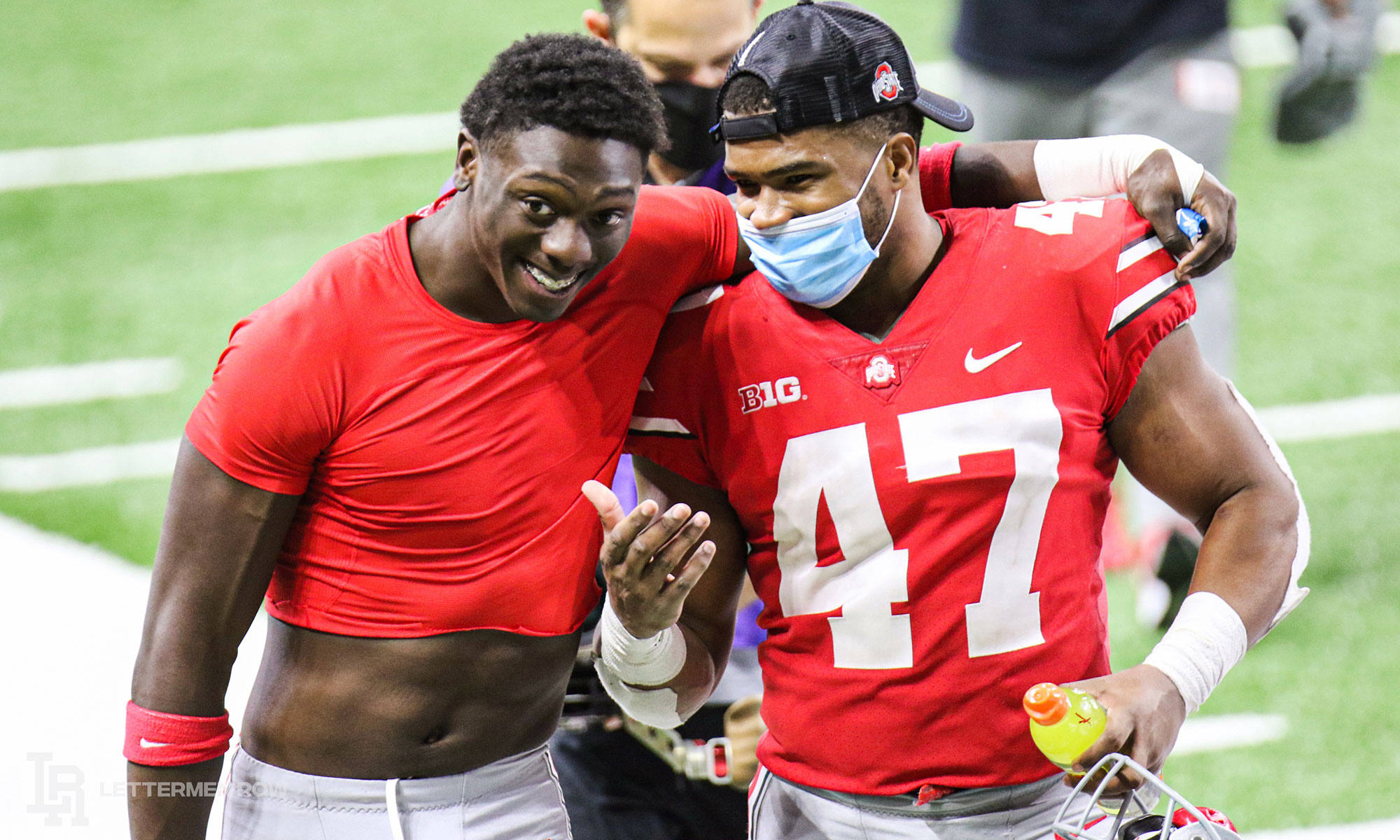 Both the Buckeyes and Hilliard have obviously had their patience tested. But they were rewarded on Saturday night when the veteran was thrust into an expanded role with Baron Browning unavailable in Indianapolis, and Hilliard responded with far and away the best performance of his career.

Without Hilliard’s third-quarter interception, his team-high nine tackles, a fumble recovery and two tackles for loss, that competitive matchup easily could have gone a different way. Instead, Hilliard delivered the kind of outing that will be remembered forever at Ohio State — a legacy that is only richer because of how much effort it took to leave.

What has allowed Justin Hilliard to battle back through so much adversity for Ohio State? How did the sixth-year senior get himself ready to deliver on a big stage in the Big Ten title game? Where will Hilliard be most important heading into the College Football Playoff? Former Ohio State linebacker Zach Boren popped in the highlights from that impressive outing in Indianapolis and answered those questions in the latest episode of BuckIQ.