COLUMBUS — There is no secret about who Ohio State will rely on most if it’s going to make another run to the NCAA Tournament. And the broad shoulders of Kaleb Wesson can certainly handle a heavy workload.

The trick, though, is making sure that Wesson is on the floor leading the Buckeyes. And that’s been an ongoing process as the program continues building around the sophomore heading into the thick of the Big Ten schedule.

In the big picture, that’s meant continuing to work with Wesson on his conditioning so he can handle more minutes to show off his post moves, step outside to knock down 3-pointers and gobble up rebounds on both ends of the floor. On a game-by-game basis, it’s taken an emphasis on keeping him out of foul trouble — which has been a mixed bag and can occasionally derail shots at signature wins like in last week’s matchup with Michigan State.

Wesson and the Buckeyes have another shot to pick up a meaningful victory today, and the star forward will need to be at his best on the road against Iowa. 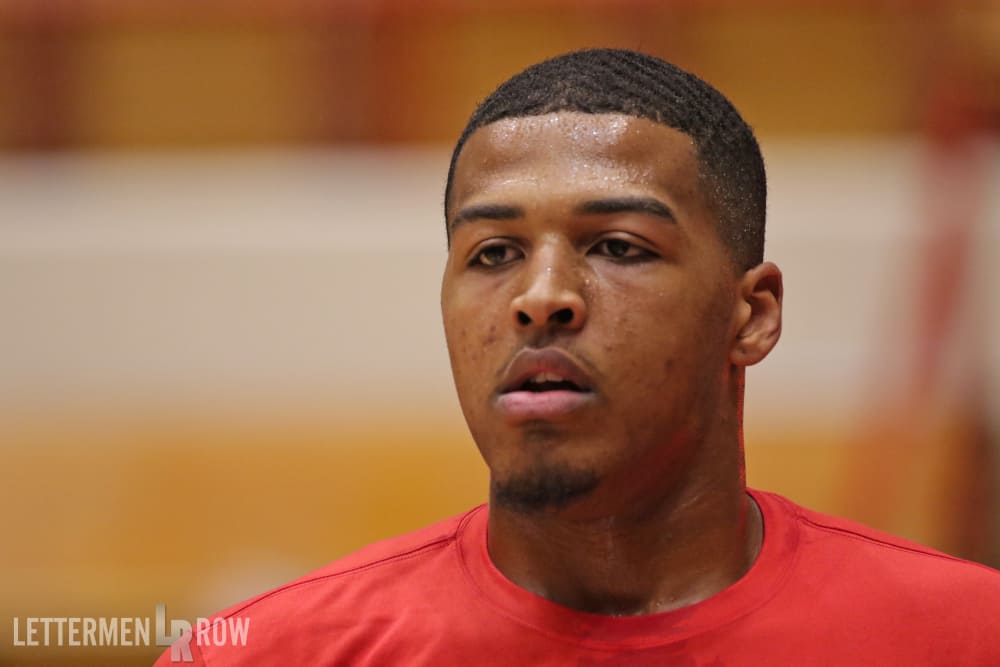 Ohio State forward Kaleb Wesson will need to deliver for the Buckeyes on the road against Iowa. (Birm/Lettermen Row)

“The validation will come in the consistency of effort, and I think Kaleb has a chance to be a really special player,” Ohio State coach Chris Holtmann said. “I really do. He’s worked exceptionally hard, improved his fitness — but he knows that consistency in terms of his impact … it needs to be on both ends.

“He’s worked really hard and added to his game, and I think our team recognizes who he is as a player. Doing that consistently determines who you are.”

For somebody with Wesson’s size, strength and offensive arsenal, that effort is also going to determine just how good the Buckeyes can become this season.

That can be a lot of pressure for a still-developing player. But Kaleb Wesson has already shown he can handle the job, as Terence Dials breaks down in his first visit to Lettermen Row for a BuckIQ breakdown of the big man. The former Ohio State standout popped in the film from the last couple games for the Buckeyes to see what Wesson is providing — and how he can be a difference-maker against Iowa.