INDIANAPOLIS — If that was the best Kevin Warren could do for a debut, maybe there shouldn’t be an encore.

The Big Ten commissioner flopped, filibustered and failed to deliver any substance in his first appearance at Media Days. And while evaluating press conferences might typically have little actual value, Warren would seem to be an exception based on his rocky first season and the growing uncertainty about his ability to lead the most powerful conference in the nation.

Want answers about how this season is actually going to work? Check back in August.

Need the Big Ten to throw its weight around as realignment rumors heat back up? Warren was just content to see how the news plays out and see “where it lands.”

Waiting for an explanation about what the hell happened a year ago or any recognition that the league botched nearly every major decision in his first year in charge? Nope, Warren has no regrets and wouldn’t have changed a thing.

Warren’s 45 minutes were an absolute waste of time on Thursday morning at Lucas Oil Stadium, one of the least effective commissioner addresses in recent memory. Maybe the league is flexing its muscles behind the scenes, but it certainly looked weak with Warren repeatedly dodging questions and whiffing on a major opportunity to erase any doubts about his place atop the Big Ten. 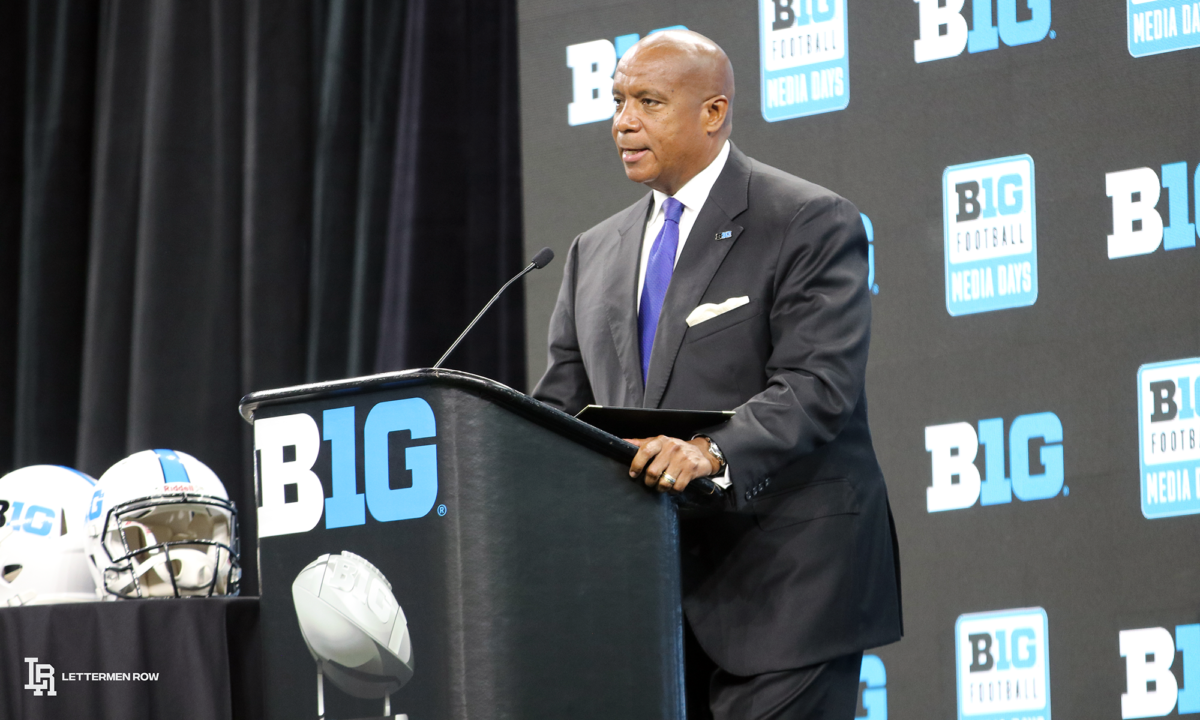 “What really is the essence of regret?” Warren said. “What does that really mean? I don’t have any regrets. Quite naturally, we all look back on our lives and there are things we wish we maybe would have done a little bit differently. But if I had to do it all over last year, I would make the same decisions that we made.”

Wrong answer. Wrong setting for a philosophical brain teaser. And undoubtedly the wrong tone at such a critical moment for the future of both the Big Ten and college football.

It’s certainly possible that Kevin Warren didn’t want to telegraph any significant moves that might be playing out in a public setting. Maybe the lawyer in him prefers to flash rhetorical skills while trying to avoid taking any premature stances. And perhaps Warren is still early enough in his tenure that he misjudged what was expected from a commissioner in a rare question-and-answer session with one of the most important powerbrokers in the sport.

None of his colleagues have missed opportunities to weigh in on NCAA governance. The rest of the commissioners have come prepared with stump speeches about vaccination rates and forfeiture protocols. Everybody else in the country has embraced an opportunity to represent the interests of their conferences and plant a flag for the ongoing debate about everything from playoff expansion to trying to keep Oklahoma and Texas out of the SEC.

Kevin Warren didn’t provide clarity on any of that for the Big Ten by the time he left the podium and strolled into an end zone in Indy.Â It should have been an easy touchdown for the commissioner.

Instead it was a disastrous fumble that didn’t answer any questions about his ability to lead the league.