The Buckeyes receivers room is one of the most most talent-rich position groups anywhere in America and the country’s No. 21-ranked receiver was an early target for receivers coach Brian Hartline. In fact, he was a top target for Ohio State for months before his announcement.

Yet, the 6-foot-1, 180-pound wideout feels overlooked. He doesn’t know why he’s not considered one of the country’s premier receiving options by the recruiting industry.

But he believes he’s one of those guys. The can’t-miss types that Ohio State has been reeling in left and right in recent years. That’s why Kyion Grayes didn’t let this chance to compete inÂ The Opening pass him by, even after months of nonstop travel on the 7-on-7 circuit. 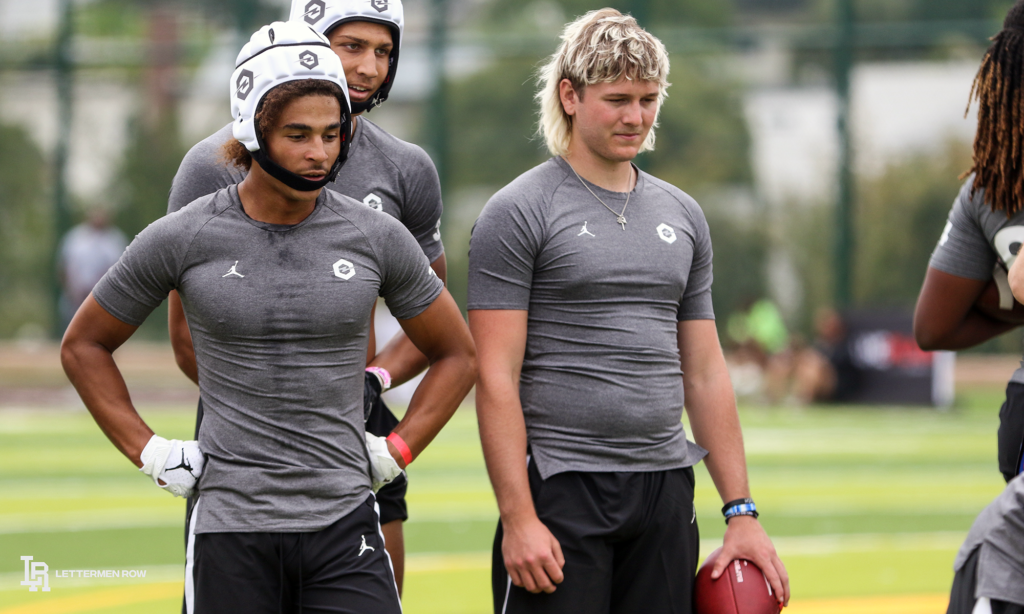 “If I just go about my business, people will realize it. It’s been this way since my sophomore year. People don’t bring up my name and I don’t know why. There’s a bit of doubt about me and my abilities so I’m just going to come out here and show what I can do.”

Despite being overlooked at times, Grayes knows there’s a target on his back at The Opening. The label of “Ohio State commit” means a spotlight is following this week. That responsibility is something that motivates him.

“As Buckeyes, I have to showcase what my talents are, what I can do,” he added. “I want to show people what it means to be an Ohio State commit, what we stand for, how we act, how we play. We’re going to Ohio State, and we’ve got to be the best of everything. Guys like me, C.J. [Hicks] and Quinn [Ewers], we need to be the leaders, at the front of the line for everything.”

Friday was the first time Kyion Grayes had the chance to catch a pass from Ewers, the country’s No. 1-ranked quarterback. If he wants to show people he’s an elite national receiver, having a quarterback like Ewers will help.

“Man, it was beautiful, just beautiful,” he said. “Every ball he threw was right in my hands. Every single time. That’s going to be fun for a while. The first time I met him on the official visit, it was just like me, him and [5-star Buckeyes commit] Caleb [Burton] were all friends for years.

“I’m excited to keep getting better with him throwing me the football.”