COLUMBUS — So much for managing the buzz about Kyle McCord.

The early enrollee took his first snap in the Horseshoe, stepped into a clean pocket and immediately turned heads with a a field-stretching deep ball for a huge gain. Just like that, somebody who still should have been getting ready for prom was publicly stamping himself as a contender in the Ohio State quarterback battle.

Of course, it’s the smallest of sample sizes. McCord has only scratched the surface of the playbook, he’s still a year behind the other two competitors with the Buckeyes and a spring game when the quarterback isn’t live obviously isn’t the real thing.

And while C.J. Stroud remains the odds-on favorite to win the starting job after a stellar camp of his own, the way McCord appeared to validate his own five-star reputation last month certainly was hard to ignore. 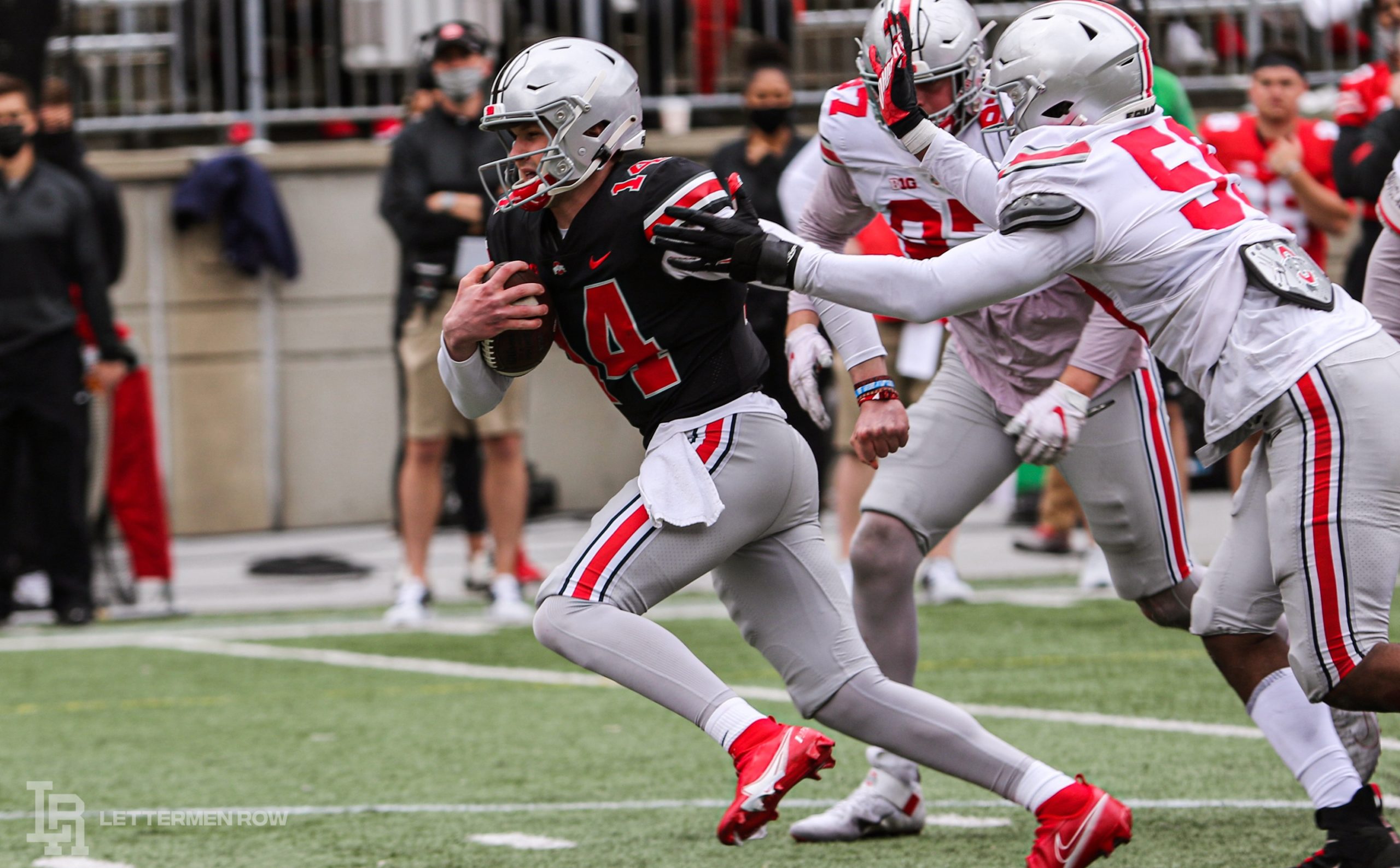 “I just think itâ€™s getting more and more reps and trying to get better with each play,” Ohio State coach Ryan Day said. “The thing you canâ€™t do is you canâ€™t run at every single play all different coverages every single practice. So what you have to do is you have to be able to play the plays in your mind. Play with an imagination, put the work in off the field. Because if you can solve some of those problems on your own, not just when you walk in the building and when youâ€™re out at practice, youâ€™re going to accelerate your learning.

“I think [McCord] has done a good job of that. I think he can continue to get better at it because thatâ€™s a huge part of the game.”

There is a long way to go, and the Ohio State coaching staff will continue to offer those reminders over the summer before the battle resumes in training camp in August. And the point isn’t just to tap the brakes on the hype train for McCord, it’s a legitimate reminder of how much work is ahead for the true freshman — no matter how impressive his physical tools are for somebody his age.

Kyle McCord certainly made a statement, though, starting with that strong-armed delivery to Garrett Wilson on his first attempt in Ohio Stadium. The talented passer is legitimately in the mix, and he wasted no time proving he belongs with the Buckeyes.

What stood out most about Kyle McCord during his first spring at Ohio State? How can the five-star make up ground in the Buckeyes quarterback battle heading into training camp? Where are the biggest challenges for a young quarterback in Ryan Day’s offense? Former Ohio State quarterback Gunnar Hoak was back in the film lab answering those questions and more in the latest episode of BuckIQ.