After scoring 18 points in the first half against Purdue in the Big Ten Tournament, Young tookÂ a stray elbow to the side of his head. He told Ohio State’s coaching staff he was good to keep playing, but sitting in a huddle during a timeout shortly after the blow, Young started to experience some concussions side effects.

He never played another game for the Buckeyes last season. He immediately began a concussion protocol, which held him out from the rest of the conference tournament and opening round of the NCAA Tournament.

Young watched the Buckeyes fall to No. 15 seed Oral Roberts in the first round from the locker room. He didn’t want his college career to end without even being able to watch from the bench. That’s why the forward announced last week he’d be returning to Ohio State for a final season, using the extra year of eligibility the NCAA granted all winter student-athletes due to the COVID-19 pandemic.

“Toward the end of the year, the way everything ended, not being able to play and stuff like that definitely just didn’t sit right with me,” Young said on Friday afternoon. “My thought process was kind of like: ‘Did I want this to be my last year playing in an Ohio State uniform?’ Luckily, we were able to have an opportunity to use another year, but I was just weighing out all my options.”

The concussion against Purdue in the Big Ten Tourney wasn’t Young’s first last year. He had previously banged his head with a Michigan player in late February at the Schottenstein Center. How the concussion will impact Youngâ€™s play in the next season isn’t certain, but he indicated on Friday that he’s fully healthy and confident he can continue to play basketball at a high level. 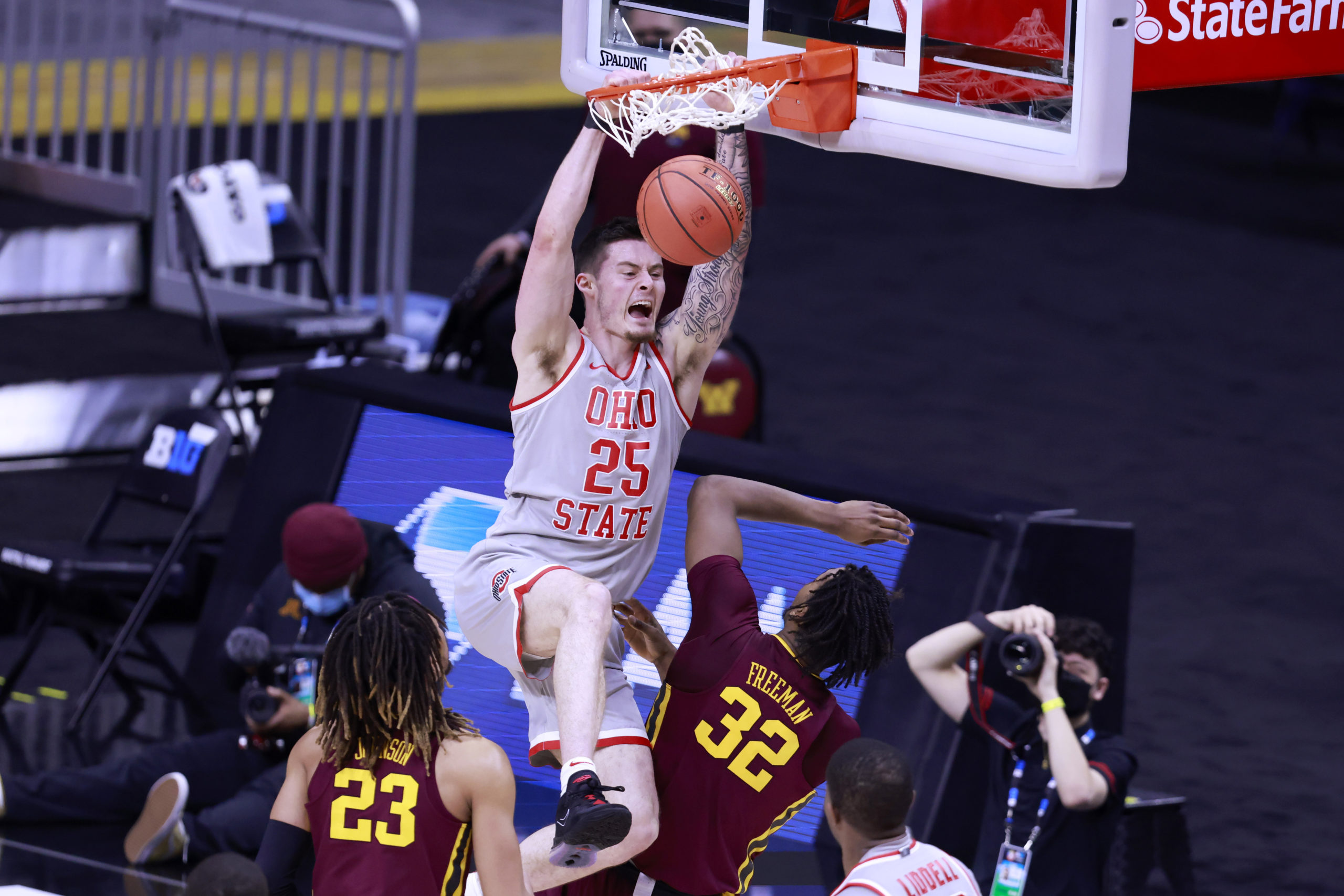 Young isn’t sure where he’ll exactly fit into the picture next season. But he wanted to come back for a final season to be with his teammates and coaches again — along with building on his offensive skills.

He did have some conversations with agents after the season about going professional overseas, but he opted to return.Â A Massillon native, being able to play close to his family for another season weighed in his decision.

“I just want to experience a full year, more normal than a COVID year,” he said. “This past year was great, we did some great things with this team. Just the chemistry we have with this team is special. But being able to just have a full year that feels more normal, just compete in the Big Ten and NCAA tournament at the level that I would like to.

“It’s really about just having another year to play in front of Buckeye nation and all these amazing fans and my family.”

Nearly every team in the NCAA will have plenty of experience and depth next season, but Ohio State will have loads of both.Â Young’s appeared in 108 games during his time with the Buckeyes. Another season will have him in the record books as one of the most experienced players by the end of his time in Columbus.

But if Kyle Young stays healthy for the entirety of the his bonus season, he can be one of Ohio State’s top scorers. And if the Buckeyes can get that out of them, then both Young and Ohio State can stick around much longer in the Big Dance next March.