The speculation, debate and conversations about Ohio State never end, and Lettermen Row is always ready to dive into the discussions. All week long, senior writer Austin Ward will field topics about the Buckeyes submitted by readers and break down anything that’s on the minds of the Best Damn Fans in the Land. Have a question that needs to be tackled, like the one today about the Ohio State secondary? Send it in right here — and check back daily for the answers.

Which of the young DB will play and impact this game. Lathan Ransom looked quite confident and the safeties will have to play their best game IMHO.

Already facing questions at safety even at full strength, Ohio State appeared to be on the brink of full-blown disaster on Saturday morning.

One option was ruled out before the Buckeyes even showed up at the stadium for the Big Ten title game with Bryson Shaw on the unavailable list. The starter was a game-time decision, but Marcus Hooker was also scratched from the lineup during warmups. And the guy who had been turning the most heads recently was sidelined just before kickoff as well with Ronnie Hickman dealing with an undisclosed issue.

Almost by default, that opened the door for Lathan Ransom. And while there’s a huge jump that must be made to go from playing Northwestern to having an impact in the College Football Playoff against Clemson, the freshman safety offered several reminders of exactly why he was such a coveted recruit a year ago while getting pressurized snaps in a championship environment. 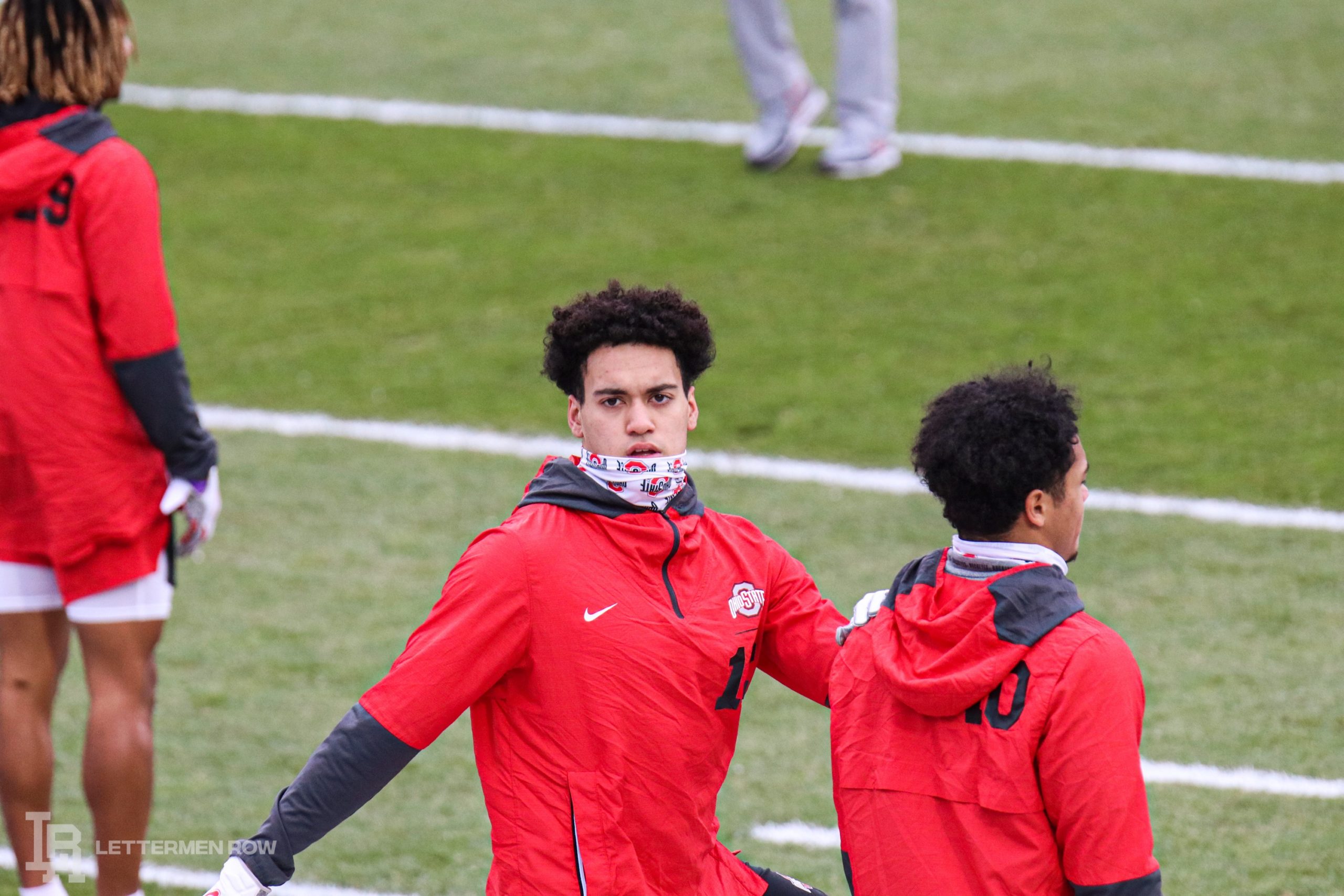 Ideally the Buckeyes would have found out what they had in Ransom earlier in the season, an opportunity that the lack of non-conference games and the abbreviated schedule largely took away from him and most of the freshmen during this challenging year. That doesn’t necessarily mean that Ransom would have solved some of the problems Ohio State was working through in the backend by himself, but his physical tackles and game-sealing pass breakup against Northwestern suggested he would at least have been in a better position to help.

“Weâ€™re just practicing a lot of depth,â€ defensive coordinator Kerry Coombs saidÂ last month. â€œWeâ€™re not playing a lot of depth. Some of that is a function of the way these second halves have gone. Thatâ€™s something that we would like to be able to do.Â …Â I think itâ€™s a great challenge Itâ€™s easy to sub an interior defensive lineman and let them get experience. Itâ€™s much harder on the islands of the secondary to do that. Those are things that we would like to do.”

“That leap of faith is a big one.”

The Buckeyes had no choice but to take the plunge with so much of the safety depth on the shelf last week. Ransom certainly capitalized on his chances, and there’s also no doubt that Josh Proctor played the best football of his career after being thrust into Ohio State’s most prominent role in the secondary.

Those two helped solidify a situation that had the potential to get really shaky against Northwestern. The Buckeyes will still need all hands on deck against Clemson, and both Hooker and Hickman had been showing their own signs of growth heading into the postseason.

But at least the Buckeyes now know there’s more help on the way, and Lathan Ransom made that point emphatically to seal another championship.