The speculation, debate and conversations about Ohio State never end, and Lettermen Row is always ready to dive into the discussions. All week long, senior writer Austin Ward will field topics about the Buckeyes submitted by readers and break down anything that’s on the minds of the Best Damn Fans in the Land. Have a question that needs to be tackled, like the one today about Ohio State and the impressive spring camp from Lathan Ransom? Send it in right here — and check back daily for the answers.

who impressed most in the secondary?

There was only one returning Ohio State starter in the secondary healthy throughout spring camp, which left plenty of opportunities for young guys to make solid impressions.

But only one of them essentially locked up a first-team job by the end of those 15 workouts. So, there aren’t many Buckeyes anywhere on the roster who made more of an impression in March and April than Lathan Ransom.

It’s not necessarily a surprise that the four-star safety emerged during those practices. First of all, his ability has never been questioned, he flashed some big-play potential at the end of his freshman season and Ohio State needed somebody to step forward and complement Josh Proctor in the backend. Ransom was a relatively safe bet to fill that void, but that shouldn’t diminish the importance of him actually doing it.

The fact that Ransom was able to not only get on the field but make an impact in the postseason would be significant in any year. But the value goes up exponentially considering how little time he had to develop after arriving in the summer, not getting a full training camp and with the Buckeyes losing so much practice time due to COVID. If Ransom could break up a couple passes in meaningful situations without having the benefit of a full year to develop, imagine what he might do with one now.

“[Ransom] really came on for us and played well,” Ohio State coach Ryan Day said. “Especially in the semifinal game against Clemson, really competed. He showed that he could do that in practice. Because of that, he had an opportunity to do it. It was hard [last] year, because we just didnâ€™t have a lot of those games where we could throw some of those guys in there and find out. 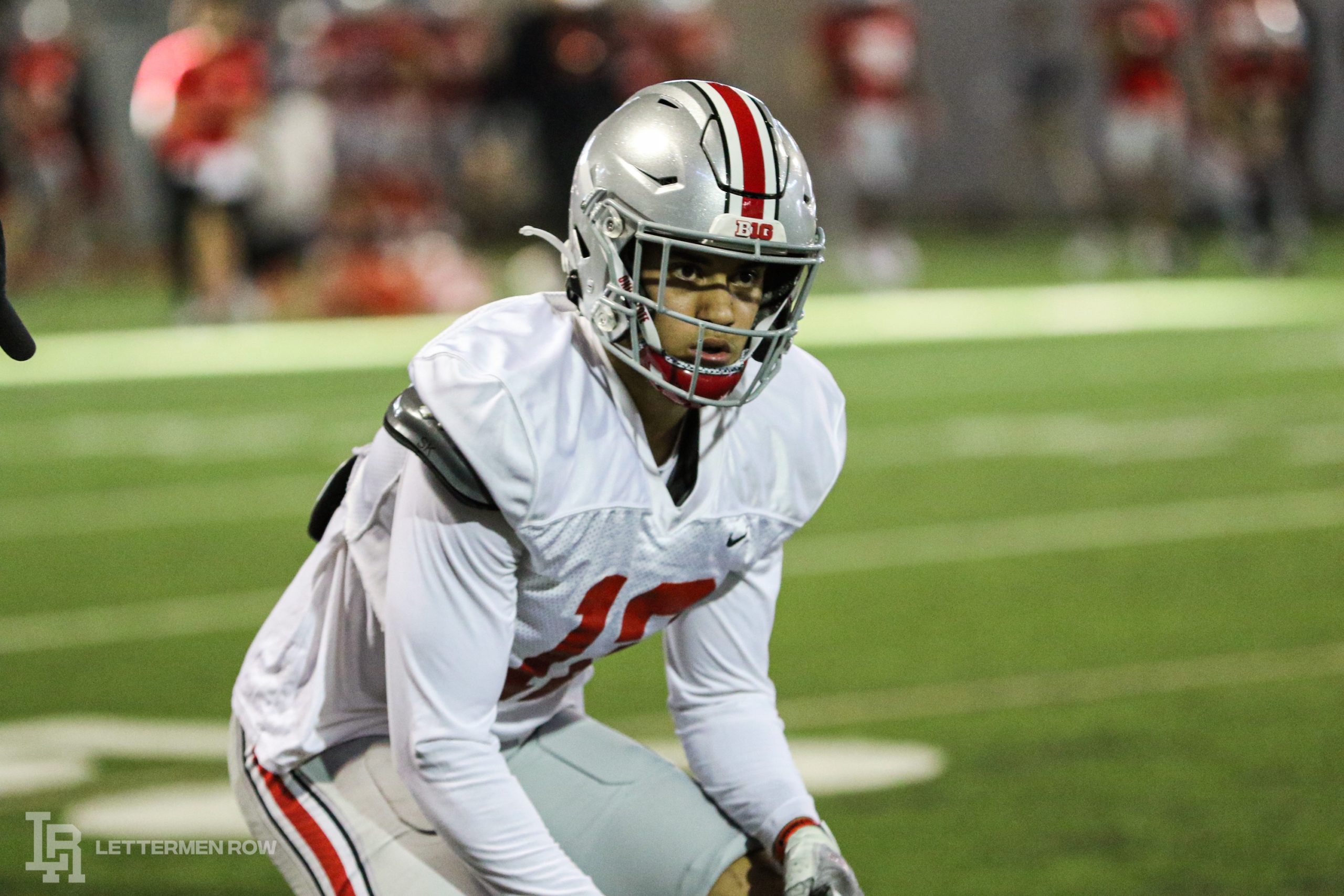 “When he was in the game, he hadnâ€™t done a whole bunch leading up to the end of the year, so to see him play like that was very encouraging.”

The growth process should only be smoother moving forward for Ransom, and that should make the Ohio State defense more comfortable as a whole as well. Having somebody with Ransom’s ability to both help against the run or play the pass from the cover safety role while Proctor uses his dynamic athleticism and veteran experience in the deeper role figures to help coordinator Kerry Coombs sleep much better at night. Ohio State seemingly never knew from week to week who it would have in those key roles last season, and that obviously was a factor as the pass defense struggled mightily.

A strong spring camp from Lathan Ransom coupled with a traditional offseason in the weight room should go a long way in solidifying the secondary. And it might just be a springboard to stardom for Ransom with the Buckeyes.