COLUMBUS — Four months after decommitting from Ohio State, Lejond Cavazos announced his commitment to the program.

Cavazos, a four-star prospect ranked as the country’s 22nd-best safety prospect, first picked Ohio State in the summer of 2018, committing to Urban Meyer’s program thanks in part to his father’s longstanding relationship with the legendary coach. When Meyer retired, Cavazos’ recruitment was thrown into flux and he reopened his commitment, begrudgingly, the following day.

“[Ohio State] will remain a top school of mine,” Cavazos wrote then. “But I feel the need to explore my options and take a closer look at other universities.”

As Ryan Day’s tenure began, the future of Cavazos was uncertain, especially as the Buckeyes upended their defensive coaching staff. When the addition of Jeff Hafley as the co-defensive coordinator was announced, it was the 6-foot-1, 195-pound Cavazos who received his first phone call, a key move by the Buckeyes who wanted to ensure that there was no lack of interest on their part without Meyer’s influence. 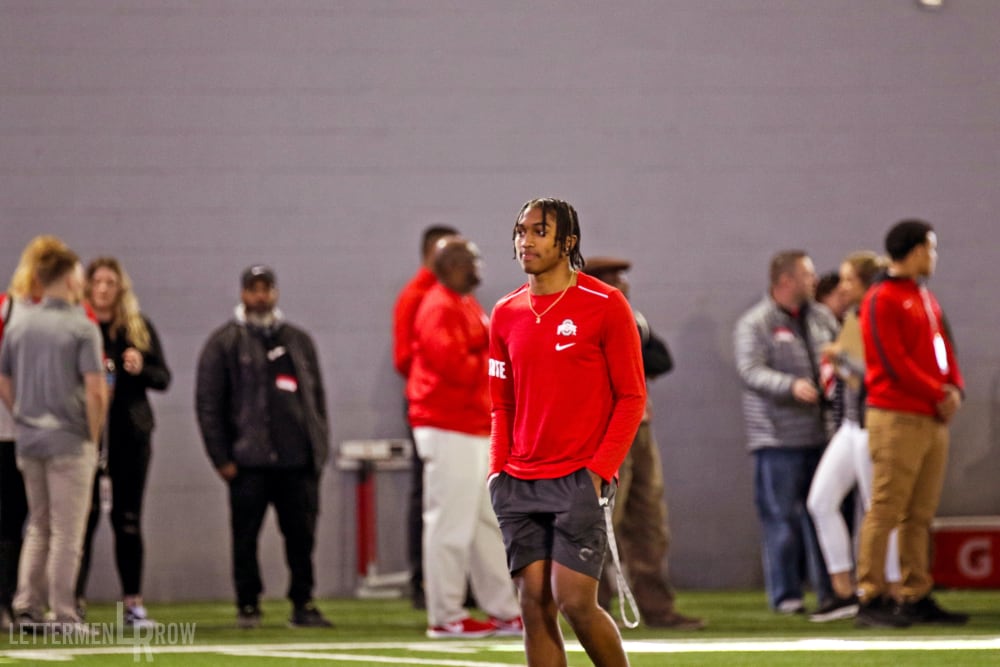 â€œ[Hafley] has a great personality,â€ Cavazos said. â€œHeâ€™s such a family man. I like that about him.â€

It’s been the familiar feeling that has always kept the Buckeyes at the top of the list for Cavazos as programs like Georgia, Oregon, LSU, Miami and others came calling. He gets the same feeling in Columbus now as he did when he committed last June.

“I chose Ohio State because thatâ€™s where I belong,â€ Cavazos told Lettermen Row. â€œFor football, life after football and just becoming a man. I can see myself developing into myÂ betterÂ self at Ohio State.â€

Cavazos was one of the early leaders in the 2020 recruiting class and will beÂ tasked with picking up that mantle once more as Ohio State attempts to build on the Big Ten’s top-ranked recruiting class. This time around, the decision to recommit to the Buckeyes came down to one simple feeling for the newest Ohio State verbal.

“Home is where the heart is,” he said.

But it’s been about more than that according to C.J. Cavazos, the father of the newest Ohio State verbal.

“Ryan Day did a phenomenal job from [the day Meyer retired] to today. Iâ€™ve talked to him 100 times,” C.J. Cavazos said. “Heâ€™s made us feel comfortable. Jeff Hafley, from the day heâ€™s been certified to talk to recruits, he reached out to us immediately. That shows us that thereâ€™s a need. It shows us that they they want Lejond.

“I tell kids all the time to go where you’re wanted. It just so happened that Ohio State was where he wanted to go and where he was wanted. We’re very relieved and very happy. Weâ€™re very, very excited about the opportunity that Lejond has at Ohio State.”

That chance never went away even after the first commitment faded. Now Lejond Cavazos and Ohio State can make the most of a second opportunity.