Odds are, the tough-as-nails, hard-working tight end won’t be begging for it at the next level either.

But Farrell has proven on enough occasions with the Buckeyes that he knows exactly what to do when targets do come his way, mixing in a few highlight-reel grabs and bulldozing touchdowns to show professional scouts that he can do way more than just provide blocking for a rushing attack. Ohio State may not have thrown his way a ton during his productive career with the program, but Farrell is clearly heading into the NFL Draft as one of the most complete players available at his position.

“No, thatâ€™s really how the game works out as the game goes along,â€ Farrell said after chipping in a touchdown in the Sugar Bowl. â€œYou get your opportunities in practice, and just whether itâ€™s going to work out coverage-wise, where youâ€™re at in the game, what gets called. I mean, we couldnâ€™t be happier. 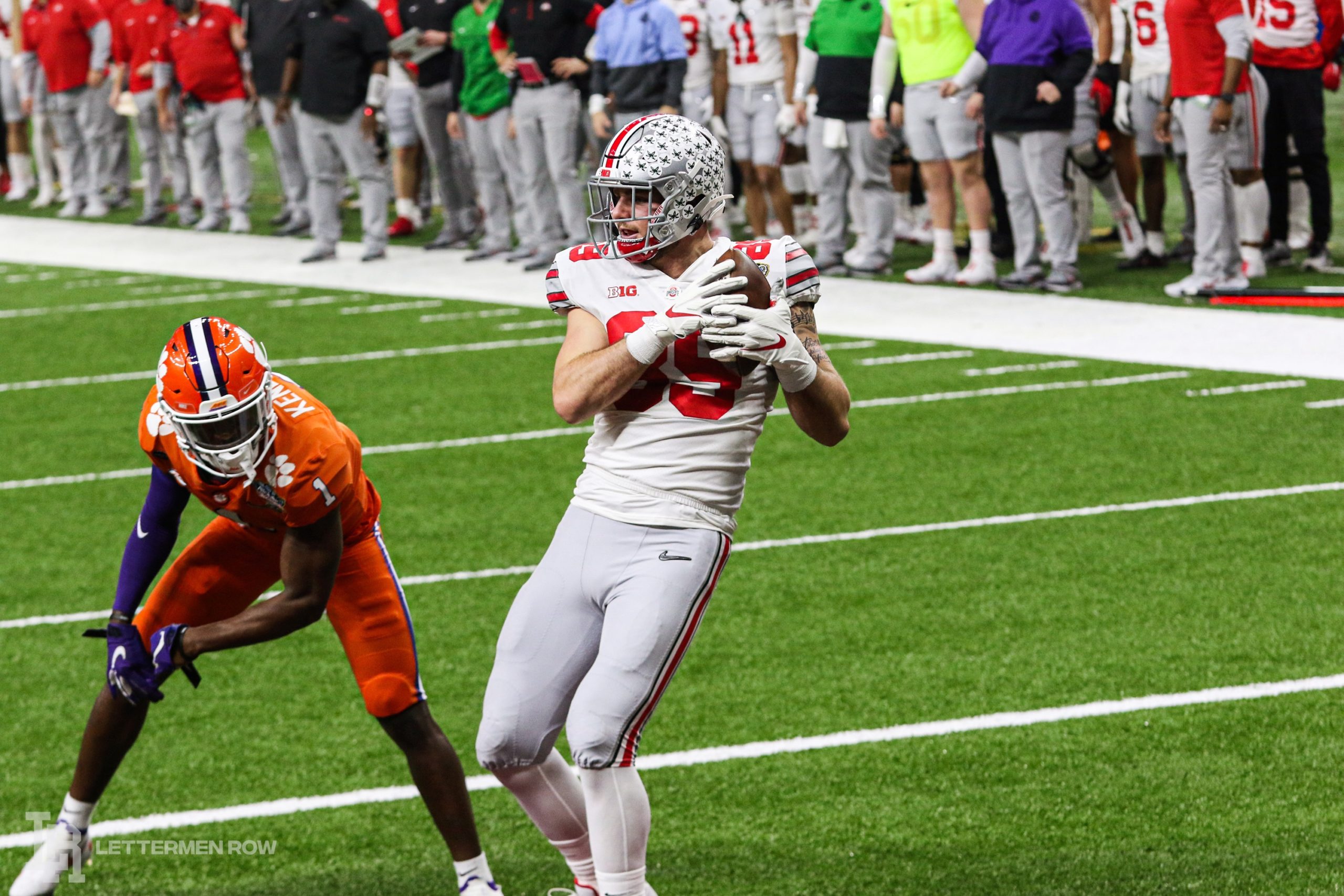 Ohio State tight end Luke Farrell has the tools to thrive in the NFL. (Birm/Lettermen Row)

“I donâ€™t know what more we would want for the tight end unit: Dominating the blocking, three touchdowns. So, that was great.”

Farrell has always been happy to do the dirty work and never cared about the spotlight, which still eluded him after his post-up touchdown grab against Clemson since fellow tight end Jeremy Ruckert topping him by snagging two scores in that blowout win. The end result was all that really mattered to him, but it was quite clear yet again to anybody paying close attention just how much impact Farrell can have even without the football in his hands.

Deep down, maybe he might like to catch a few more throws. And if that’s what an NFL team needs from Luke Farrell, he’ll keep on doing whatever is best for his team.

What makes Luke Farrell such an intriguing NFL Draft prospect? How can the Ohio State tight end make the biggest impact on the next level? What did Farrell enjoy most about his career with the Buckeyes? Now a former Ohio State player, Farrell watched some highlights and answered those questions and more in his first appearance on BuckIQ.