COLUMBUS — There will be a time for Malik Harrison to look back at his decision and evaluate the payoff of his return to Ohio State.

It remains to be seen exactly how high his stock has climbed in the eyes of NFL scouts. But clearly the Buckeyes are thrilled with what they’re getting from the senior linebacker, and it would be hard for Harrison to argue with the chance to go compete for another Big Ten title and a potential College Football Playoff berth one last time.

But even heading into his last home game in the Horseshoe, Harrison isn’t spending any time worrying about those details. Last week, he was solely focused on Rutgers even if that seemed like little more than a walkthrough. Once it was over, all he wanted to talk about was Penn State.

Even when it comes to his stats-stuffing season as part of the dramatic turnaround of the Ohio State defense, Harrison deflects the individual attention on his 52 tackles, 12.5 tackles for loss, 4.5 sacks and 2 fumble recoveries to keep the focus on the team as a whole. That’s all the Buckeyes could hope for out of a senior leader, and on the pace he’s on, Harrison is set to accomplish everything he envisioned when he elected to stick around for one more year. 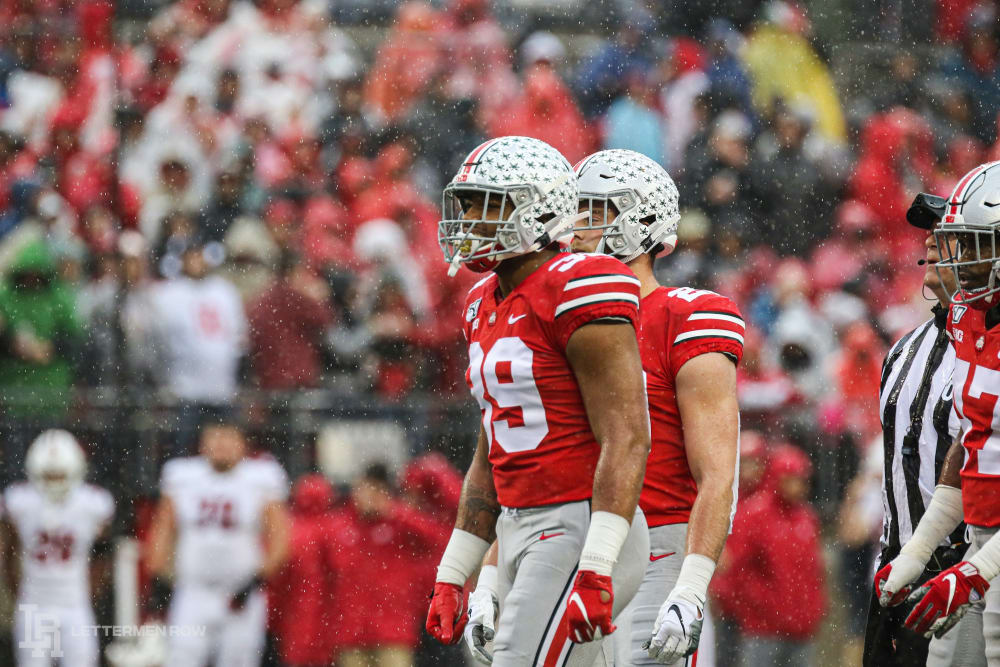 “There were [no distractions], not really,” Harrison saidÂ after the win at Rutgers last week. “We still emphasized that game, and our approach is to focus on what’s going on now. After this game, we just said that we’re going to turn the page and focus on what we’ve got this week.

“Just the way we practice. You know, we’ve just been having fun out there, knowing our assignments and then being able to tell what an offense is doing just based on what the formation is.”

Combining improved fundamentals, a new scheme and what appears to be a better grasp on opposing game plans has made Harrison even more terrifying at linebacker — because there was never any doubt at all about his off-the-charts athleticism.

At times he struggled to fully unleash it last year for a defense that often seemed to leave him out of position, sometimes even before the snap in a schematic approach that didn’t do the linebackers any favors. One year later, Harrison and the rest of the Silver Bullets are leaving little doubt that the guys on the field weren’t the problem, and the results speak for themselves.

How has Ohio State put Malik Harrison in position to thrive during his final season with the program? What kind of challenge does his dynamic athleticism pose for Penn State this week in the Big Ten East Division title game? Where are areas that Harrison is really shining for the Buckeyes? Former Ohio State linebacker and captain Zach Boren was in the Lettermen Row film lab looking for answers to those questions and more in the latest episode of BuckIQ.