COLUMBUS — Malik Harrison might still be a work in progress, and that’s exactly why his only focus is on building for the next game.

If there’s a decision to be made about where the Ohio State linebacker should be playing after that, he’ll worry about it when the Rose Bowl is done.

Considering some of the ups and downs Harrison had along with the rest of the Buckeyes on defense this season, it might come as something of a surprise that testing the NFL Draft waters might be in the cards for him after New Year’s Day. But his incredible physical tools, all-purpose stuffing of the stats sheet and team-leading tackle total all make it a distinct possibility that the junior might not return for another season at Ohio State.

“Iâ€™m not really worried about it right now,” Harrison said after practice on Wednesday. “Iâ€™m just worried about this last game, finish out the season well.

“Just being patient, just worrying about the now.” 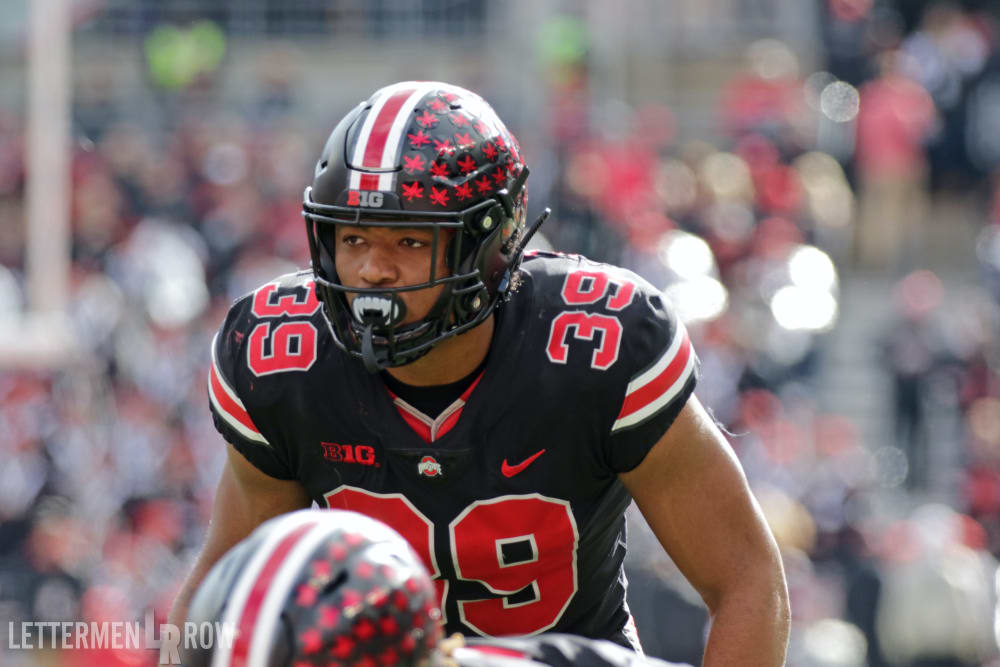 That was the same approach former teammate Jerome Baker took last season, and Harrison has leaned on his friend already this month about handling the process of juggling both bowl preparations and the deadline for early entrants to declare for the draft.

Baker, too, dealt with some inconsistencies a year ago during his season working with position coach Billy Davis. But he elected to move on to the next level, tested well and still wound up coming off the board in a decent spot in the third round.

The same blueprint could be borrowed by Harrison. And while the Buckeyes would obviously love to have him back for another campaign, Harrison’s strong finish down the stretch might be enough to propel him in a different direction.

“It’s just me being confident and just having fun out there. Having more fun and just out there with my guys having fun,” Harrison said. “I feel like earlier was just me just being uptight and wanting to get everything right.

“As the games went on it was just me being more loose and more relaxed and having fun out there.”

That’s leading to more fun for the Buckeyes on defense as well as they prepare for the Rose Bowl. And former Ohio State linebacker Zach Boren was back in the Lettermen Row film lab looking at a few of the improvements Harrison has made this season and how that might impact his draft stock in the latest episode of BuckIQ.