And no matter what happens on Monday night, the veteran defensive back isn’t ready to call it a career with the Buckeyes, either.

Coming off one of the finest performances of his career in the blowout win over Clemson in the Sugar Bowl, Williamson confirmed that he plans to return to the Buckeyes and take advantage of the free year of eligibility that was given to all athletes during this pandemic-challenged season. And that should make the senior as important to the program’s reloading plans next year as he figures to be in the title game against Alabama as Ohio State keeps finding ways to unleash his versatility.

“I’m still enjoying being a Buckeye, man,” Williamson said Wednesday after practice. “This year has been just crazy. I know we’ve had a shortened season. We’ve lost games here or there, and I’m just ready to come back and help our unit get to the standard that we know we hold ourselves to and that we should be. 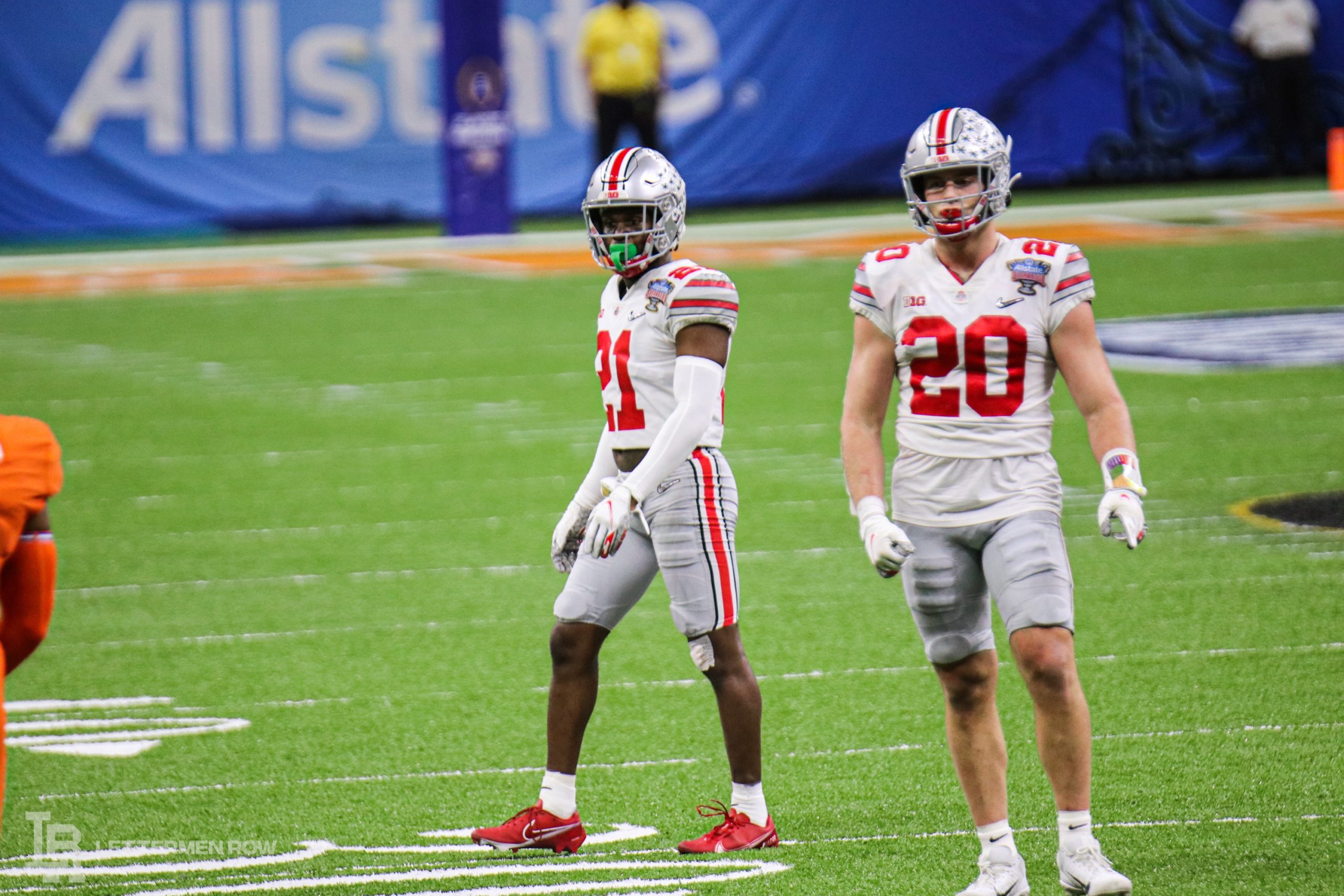 “I’m too happy to be a Buckeye, man. I’m not ready to leave yet. Still got unfinished business.”

That work is primarily focused on the Crimson Tide right now, of course. Based on the way Williamson was flying around the field last week as the Special Teams Player of the Game, the confidence he played with while lining up all over the secondary and the pass breakup he chipped in as well, he’ll be an important piece of the plans to slow down one fo the nation’s best offenses.

Considering how far he’s come in his development since October, it’s possible that a full, uninterrupted season wouldn’t have given Williamson any incentive to attempt a return to the Buckeyes. But there’s nothing that can change that now, and clearly Ohio State and Williamson are pleased with the progress they’re making together.

“It’s been a weird year,” Williamson said. “But as a group and as a collective, we’ve really grown. …Â And when you have such great players all around you, it really helps to just play comfortable and play free, and I think that’s really helped us as a secondary and for myself personally this year.

“Any time you have a group of competitors like I feel we are as a secondary, you do look forward to these opportunities. You’re on the biggest stage in college football. I think we’ve grown a lot as a unit, and so to just go out there and show how much we’ve worked all throughout the year and to hopefully let the results be a win on Monday, you can’t ask for more.Â So we’re really excited to have this opportunity to play against such a great unit that they have over there on the other side of the ball and to go show what we can do as Buckeyes.”

Marcus Williamson has a shot to deliver that message in the title game on Monday.

But that won’t be his last one at Ohio State either way.