COLUMBUS — Not every development in this challenging recruiting stretch has been a negative for Ohio State director of player personnel Mark Pantoni.

For starters, he’s got a bunch of coaches with more free time who can help break down tape of potential targets for the Buckeyes. The kids Ohio State is recruiting aren’t doing a whole lot either during the lockdown, which is providing opportunities for FaceTime communication. And it also helps that much of what the program is selling is already proven and widely known to elite players from coast to coast.

So, while the college football world has seemingly been at a standstill, the Buckeyes have found the positives. And in the meantime, they’ve kept scooping up commitments and have actually extended their lead in the rankings with the current top-rated class in the nation.

“It’s nice and all, but at the end of the day I think you have to look three years from now to really project how good a class was,” Pantoni said. “And it’s only the beginning of April. We have a long way to go, and we all have to work extremely hard because a lot could change. We have to make sure everybody stays committed, and we’re not taking anything for granted.

“We’re not patting each other on the back. We know we’ve got a long way to go, and we’re going to keep working hard.”

The day-to-day grind has certainly changed a little bit with everybody on the staff working from home, adding even more phone calls to the docket for Pantoni as he coordinates the communication and continues to adapt the plan alongside coach Ryan Day.

But Ohio State appears to be thriving during the adversity. Pantoni provided some insight on how the Buckeyes are doing it during a 40-minute conference call on Friday, and here are a few more Lettermen Row takeaways from the conversation. 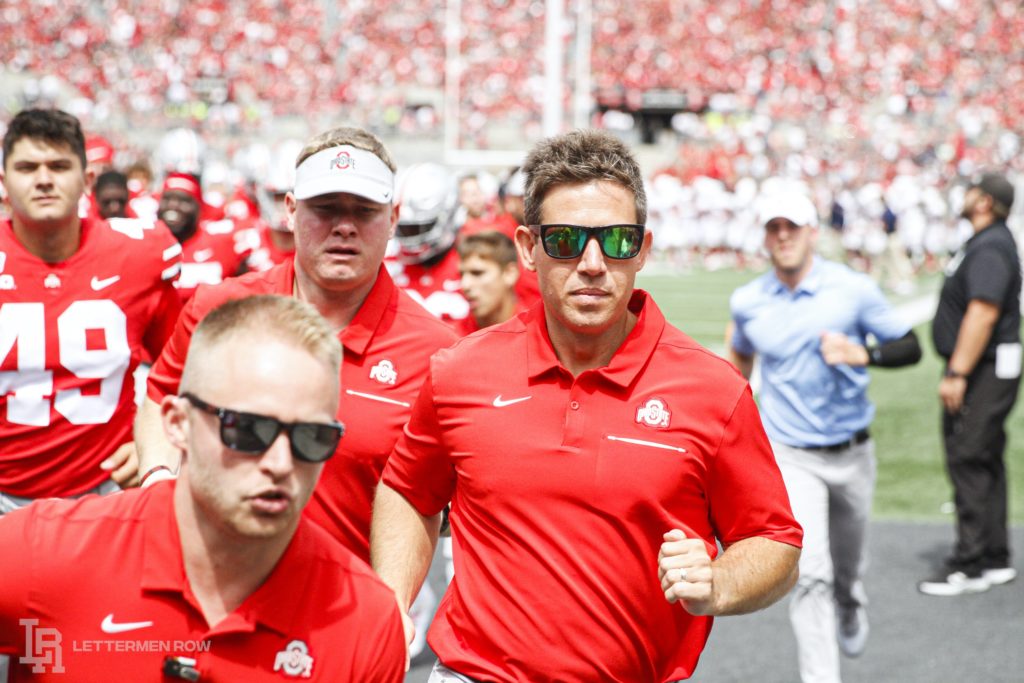 Ohio State wanted to host visitors this spring, make no mistake about that.

But a few of them were essentially just formalities with priority recruits who were already heavily leaning in favor of the Buckeyes — with at least one of them intending to commit while in Columbus. So, when it comes to putting together the star-studded Class of 2021, Pantoni and the coaching staff really weren’t impacted much.

“I think it was definitely a product of what we had been building,” Pantoni said. “Our coaching staff has done a phenomenal job building relationships up to this point, and we were hoping that spring practice would give us time to get these kids back on campus where we felt like we might be able to close the deal with some of them. But with the limitations, I think a lot of the kids had their minds made up and coming on campus again would have just finalized their thoughts.

“So, just because of the way things have turned out, they decided to publicly commit to us to hold their spot in the class.”

Since the NCAA moved to a dead period in response to the coronavirus pandemic, Ohio State has landed pledges from five-star TreVeyon Henderson, four-stars Evan Pryor, Andre Turrentine and Jakailin Johnson and three-star Devonta Smith.

Mark Pantoni was going to be busy on his phone no matter what, and that’s true for the rest of the staff as well.

But with no spring practice and no in-person meetings with the current roster, FaceTime has suddenly become even more critical to the Buckeyes as they try to keep the dialogue going with recruits. Pantoni indicated there weren’t any plans for elaborate, innovative strategies beyond that, mostly because the on-field results, NFL development, academics at Ohio State and programs like Real Life Wednesdays speak for themselves.

“Obviously since we can’t see them face to face, we’ve gone way more on the FaceTime calls — and I don’t know if that’s good that they have to see our ugly grills way more often,” Pantoni joked. “Hopefully we don’t scare them away by doing that. It’s just constant communication. It’s pretty much business as usual, but we have a lot more free time on our hands, they have a lot more free time on their hands, so there is more communication. But we’re using the electronic means to keep the communication lines open and answering any questions they might have.” 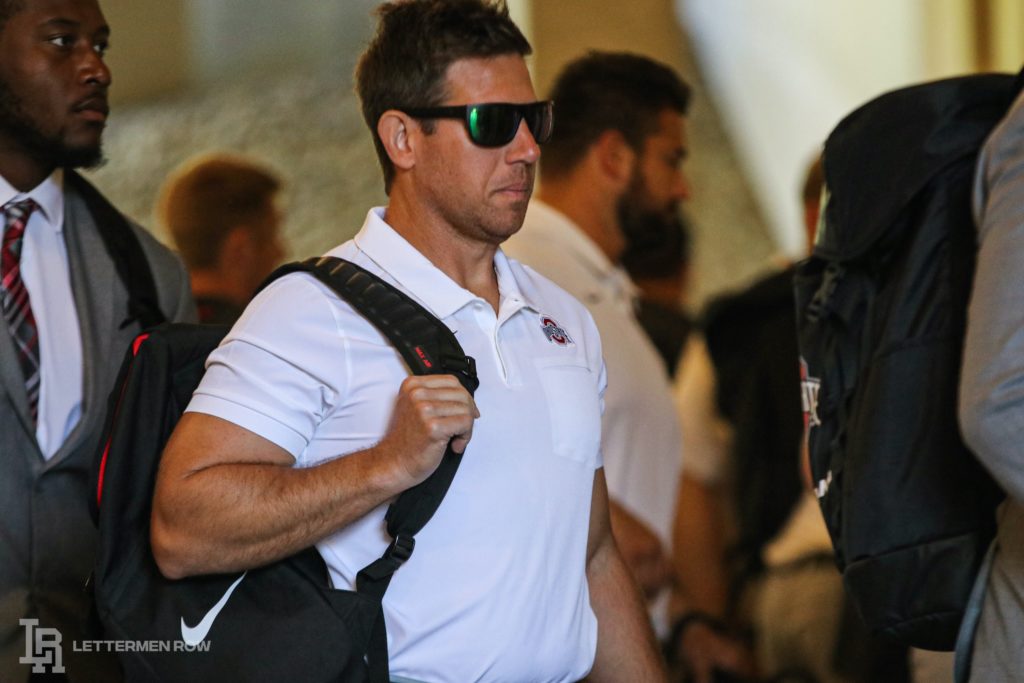 There are obvious concerns looming the longer the pandemic lasts, and the recruiting calendar is well down the list of national priorities.

But for Pantoni and the kids going through the process for the only time in their careers, it’s undoubtedly a big deal to know the best way to proceed. Spring visits have already been ruled out, and the next looming events are the summer camps that have become so integral to the evaluations for the Buckeyes. What happens if those are wiped out? Will coaches and programs get time back at some point?

There aren’t clear answers for that at this point, so for now, Pantoni isn’t advocating for any changes.

“I think it’s too early to tell on that just based on how far out it is until things normalize,” Pantoni said. “If things keep going like this, some talk may have to be about how we fix it, how we give people other opportunities to go see these kids. But right now, I don’t think anything needs to be changed.

“It hurts significantly when we wanted to get them on campus in the spring, if camps disappear that’s a significant loss and our coaches going on the road to watch these guys practice, that’s a significant loss. It’s another checkmark in the process, so we’re going to have to really trust our eyes on the film. Some of these ’21 kids that we were hoping to make final decisions on, either by watching them practice live or having them in camp, that may be in jeopardy now. The film is going to take a lot of weight now, and hopefully we can get these kids on campus once it opens up to spend more time around them.”