COLUMBUS — Matayo Uiagalelei knows Larry Johnson and Ohio State can provide him with a special opportunity.

The brother of five-star presumptive Clemson starting quarterback DJ Uiagalelei, Matayo Uiagalelei could follow in his brother’s footsteps and choose the Tigers. Or he can carve his own path as an elite recruit from St. John Bosco in Bellflower, California.

It seems his recruitment isn’t as black and white as following his brother to Clemson. Matayo Uiagalelei, who already has an Ohio State offer as a 2023 prospect, worked out for Larry Johnson and the Buckeyes during a camp session Wednesday. And he was certainly impressive in his workout with the legendary defensive line coach for the Buckeyes.

The No. 2 ranked edge player in the country for the class of 2023, Uiagalelei knows he can be developed at Ohio State.

â€œIt went great, put me through some drills, worked on my technique, taught me some stuff I needed to fix,” Uiagalelei said. “Just simple stuff like stance. Working on some techniques. â€¦ It was pretty cool.

“You look at his resume, you just see Nick Bosa, Joey Bosa, Chase Young â€” all these great defensive lineman and defensive ends. As a defensive end, this is the place Iâ€™d really consider going if I wanted to develop my game to the highest.” 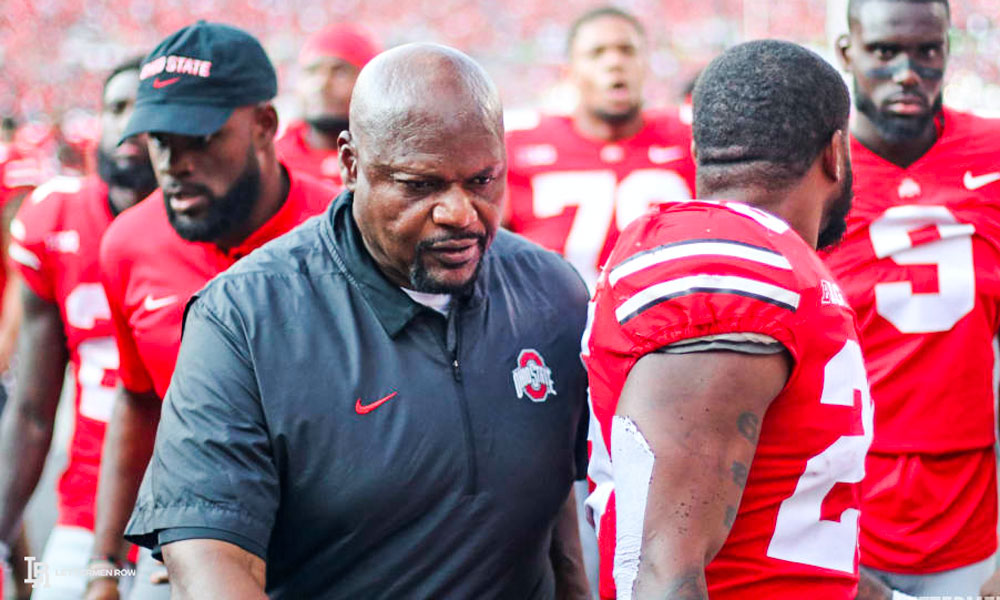 Uiagalelei was one of the handful of Braves players to make the trip for camp at Ohio State. The Buckeyes have had recent success at St. John Bosco, bringing in Wyatt Davis and Kourt Williams.

But that’s not nearly as important for Uiagalelei as other factors in his recruitment. The 2023 standout has his priorities.

And the Buckeyes are one of the few programs that can live up to what he wants from his school choice.

â€œFor me, on my recruiting list,” Uiagalelei said. “Iâ€™d probably say player development is No. 1, so thereâ€™s a lot of other good schools that can develop me as a player and this is one of them, too.â€

Alabama and Clemson are near the top of that list along with Ohio State. Of course, as one of the top players in the country, Uiagalelei has nearly every program in the country recruiting him at both tight end and defensive end, the position he impressed at on Wednesday.

But Larry Johnson wasted no words when discussing where Uiagalelei would fit into the Buckeyes program down the road.

“He told me I was a defensive end,” Uiagalelei said. “I’m not sure yet, but in between defensive end and tight end.”

Uiagalelei dominated his workout with Johnson at Ohio State camp. And now his recruitment will officially heat up.

He can already see the special opportunity Ohio State can provide him.