The summer offseason is in full swing, and Lettermen Row is trying to survive it with our annual Position Week breakdowns. By the time all nine units at Ohio State have been covered, training camp and media days will nearly have arrived â€” and the return of football in the Horseshoe will be just around the corner. Letâ€™s continue Defensive Backs Week by looking at how the Buckeyes defense will change with Matt Barnes as the new defensive backs coach.

COLUMBUS â€” Matt Barnes isn’t going to carry a cup of coffee around the Ohio State football facility the way Kerry Coombs does.

He might not be quite as outwardly energetic as the defensive coordinator for the Buckeyes.

But that’s not a bad thing. Barnes, taking over for Coombs as the secondary coach as the defensive staff was slightly shuffled this offseason, has his own style. It may not be as loud or animated as Coombs, but it works.

Early returns are promising as Coombs and Barnes work together to remedy the issues in the backend of the defense from a season ago. And although their styles may be a bit different, they pair well together. The two variants of coaching defensive backs might be just what Ohio State needs as it overhauls the poor defense from a season ago and turns it back into a championship unit.

“I’m probably a bit more reserved,” Barnes said during the spring. “I’m a little bit more animated on the practice field. But I think we work really well together. I think we play off each other. My style is more matter-of-fact. I just want you to get my corrections. I want you to hear what I’m saying and not necessarily how I’m saying it.

“I just want to make sure I’m communicating as clearly as I can.”

One thing Barnes is communicating: The details it takes to play defensive back. After a 2019 season that featured the Buckeyes boasting one of the best defensive backfields in the country, they replaced three starters and took a major step back last year, going from No. 1 to No. 122. Part of that was due to the pandemic year and changing defensive staffs during a weird offseason.

Now with a full offseason, the Buckeyes are getting back to the basics of playing defensive back to improve. And the combination of Barnes as a position coach and Coombs as the leader of the defensive staff seems to be paying dividends so far. 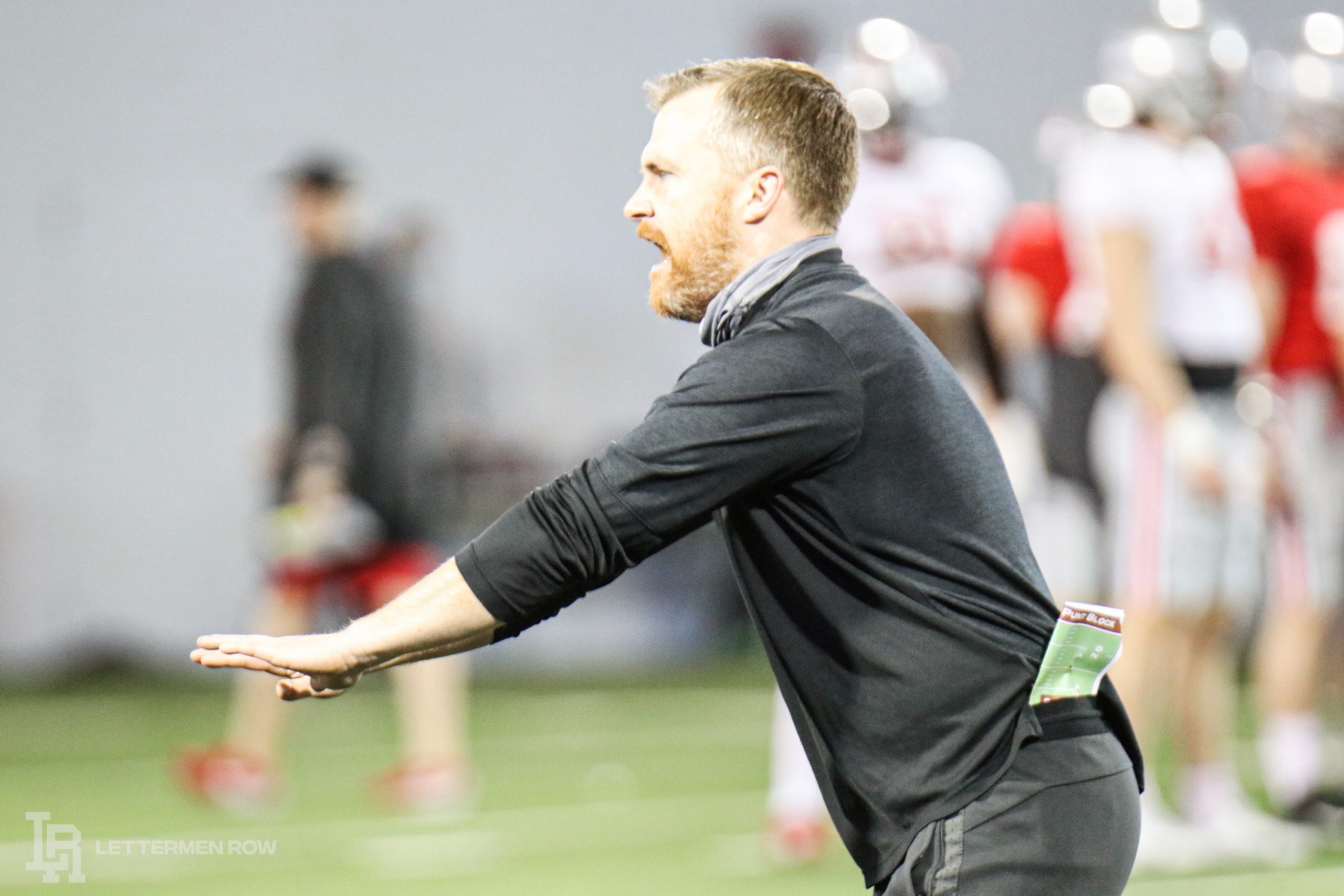 “They’re actually more similar than you think,” Ohio State defensive back Marcus Williams said. “I find myself watching tape and, you’ll see in the end-zone copy, they’re both doing the same celebration or the same coaching style. You see similarities in how they coach. They’re very energetic, juice kind of guys, as we like to say around here. With Coach Barnes, he’s had the time to just take the technique and details of football specifically. You know, when you get into camp and the season and the weird year we had last year, a lot of the focus had to be on scheme and personnel. Now we’re just really focused on becoming better football players.

Greg Mattison stepped down and retired after the national title loss. Ryan Day and the Buckeyes could have overhauled the defensive staff — especially after the rocky performances last season. Instead, Day promoted Coombs, made Barnes his new defensive backs coach and promoted Parker Fleming into the special teams role.

Day had a chance to make a splashy, headline-grabbing hire — but didn’t. He chose continuity, showing a level of trust with Coombs and Barnes leading the revamped defensive backfield. The Buckeyes are putting their faith in Coombs and Barnes styles of coaching collectively.

â€œWhen you look at it: What do we need?â€ Day said. â€œI thought we needed more attention in the backend. So then you say to yourself: Do you go get a secondary coach somewhere throughout the country that knows our scheme? That understands what we want to get done and fits? All of a sudden the list gets smaller and smaller and smaller.

â€œThen I watched the way Matt Barnes works, I think heâ€™s really good. I think heâ€™s really, really good. If I didnâ€™t believe that, I wouldnâ€™t just do it. But to bring in somebody that has a different set of thoughts on coverages and beliefs and all those things, thatâ€™s a different dynamic. I think Matt Barnes will do this job better than anybody else in the country for what we need. If I didnâ€™t think that, we wouldnâ€™t do it.â€

So far, that move to allow Barnes and Coombs to work together seems to be paying off. Their styles are working in tandem to make sure the secondary returns to 2019 form, not the form of last season.

Barnes is proving why he was tabbed to lead the secondary while Coombs takes a larger role in the defense.