The speculation, debate and conversations about Ohio State never end, and Lettermen Row is always ready to dive into the discussions. All week long, senior writer Austin Ward will field topics about the Buckeyes submitted by readers and break down anything that’s on the minds of the Best Damn Fans in the Land. Have a question that needs to be tackled, like the one today about Ohio State and Mike Yurcich? Send it in right here — and check back daily for the answers.

Do you think Yurcich leaves for the Texas Dumpster fire with Herman?

SCOTTSDALE, Ariz. — The Mike Yurcich Sweepstakes appears to now be an annual feature on the college football calendar.

The latest cycle unofficially launched over the weekend with Texas emerging as a suitor for the Ohio State co-offensive coordinator and quarterbacks coach, and his name wouldn’t be tied there at this point unless there was genuine interest from both sides. Given how picky Yurcich had been about jobs in the past before Ryan Day tabbed him for his first staff, it feels a bit surprising that the Buckeyes are dealing with this sort of situation just days before the Fiesta Bowl — but it’s understandable on a number of levels.

Yurcich is regarded as one of the best offensive minds in the country, so his stock is such that he will always find himself on the shortlist for elite-level programs. And while there’s a pretty wide margin between the outfit Day is running with the Buckeyes and the one Tom Herman is clearly struggling to rebuild, there is still plenty of cachet and power behind the Texas brand. Yurcich also emerged on the national scene while coaching in the Big 12, and it’s possible that’s where he now feels more comfortable. 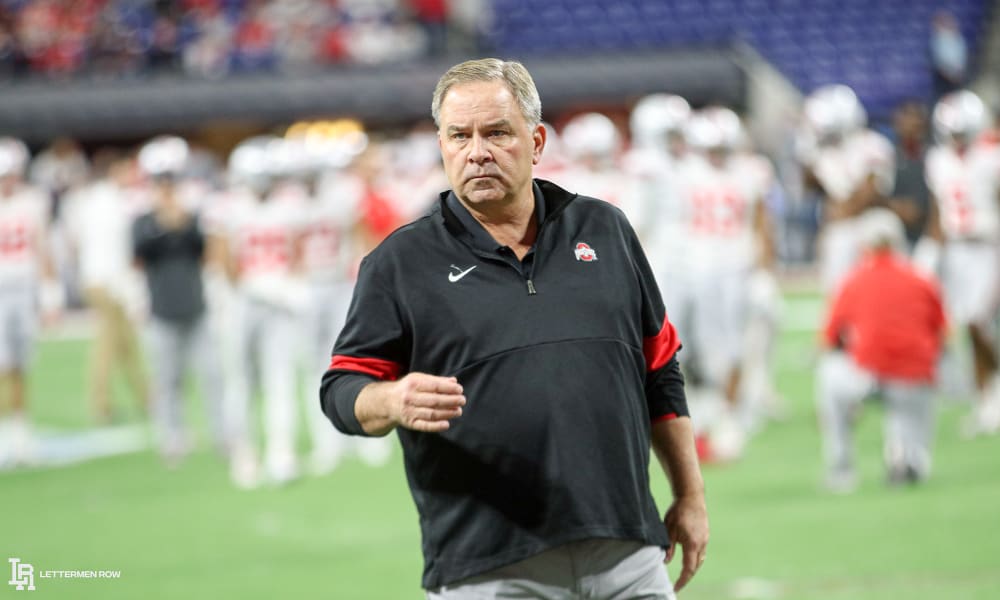 There’s also no denying that Day is the one calling the shots for the Buckeyes on offense. And while Kevin Wilson often doesn’t get the credit he deserves for helping lead the attack, establishing great chemistry with Day and bringing innovative ideas to the meeting room, he’s been an invaluable asset for Ohio State. Losing Wilson like it nearly did with the opening at Colorado State this month certainly could have been considered a bigger potential blow for the program, especially because Day’s quarterback expertise provides a sturdy safety net at the position. So, that’s another factor that may influence Yurcich’s thinking as he tries to get play-calling duties and take the next step in his career to potentially run his own team down the road.

Ohio State certainly doesn’t want any staff members leaving for lateral moves, and it’s increasingly proven over the last few years that it will make the financial commitment necessary to prevent that from happening. If substantive discussions between Yurcich and Texas continue, then, it’s likely fair to assume that everybody involved is comfortable and Day won’t stand in the way of an exit. That would give Day another opportunity to mold his coaching staff to his liking heading into Year Two. And for all of his offensive acumen and even with the Buckeyes signing two quarterbacks last week, Yurcich isn’t widely regarded as a top-level recruiter — and it’s no secret how important that quality is to Day.

Only Mike Yurcich can truly answer the question about his future, and he’s always been guarded when it comes to those types of discussions. It’s certainly possible that the Buckeyes could be needing to replace a second coordinator in the offseason, which isn’t exactly ideal — but at the same time probably doesn’t qualify as a major setback. Even as solid as Yurcich has been for the program, the Ohio State offense is always going to be just fine as long as Ryan Day is leading the way.