COLUMBUS — The spring depth at linebacker has taken another hit for Ohio State.

One of the early head-turners in in camp, Mitchell Melton won’t get a chance to finish it after suffering an undisclosed injury and appearing on crutches during the open portion of practice on Monday morning.

The Buckeyes were already stretched a bit thin in the rebuilding project after losing four seniors in the offseason and having projected starter Dallas Gant on the shelf with a foot injury. And losing Melton for the final two weeks of workouts and potentially for an extended period of time with a “long-term injury” will only add to the degree of difficulty as Ohio State tries to establish a new pecking order for a unit of critical importance. 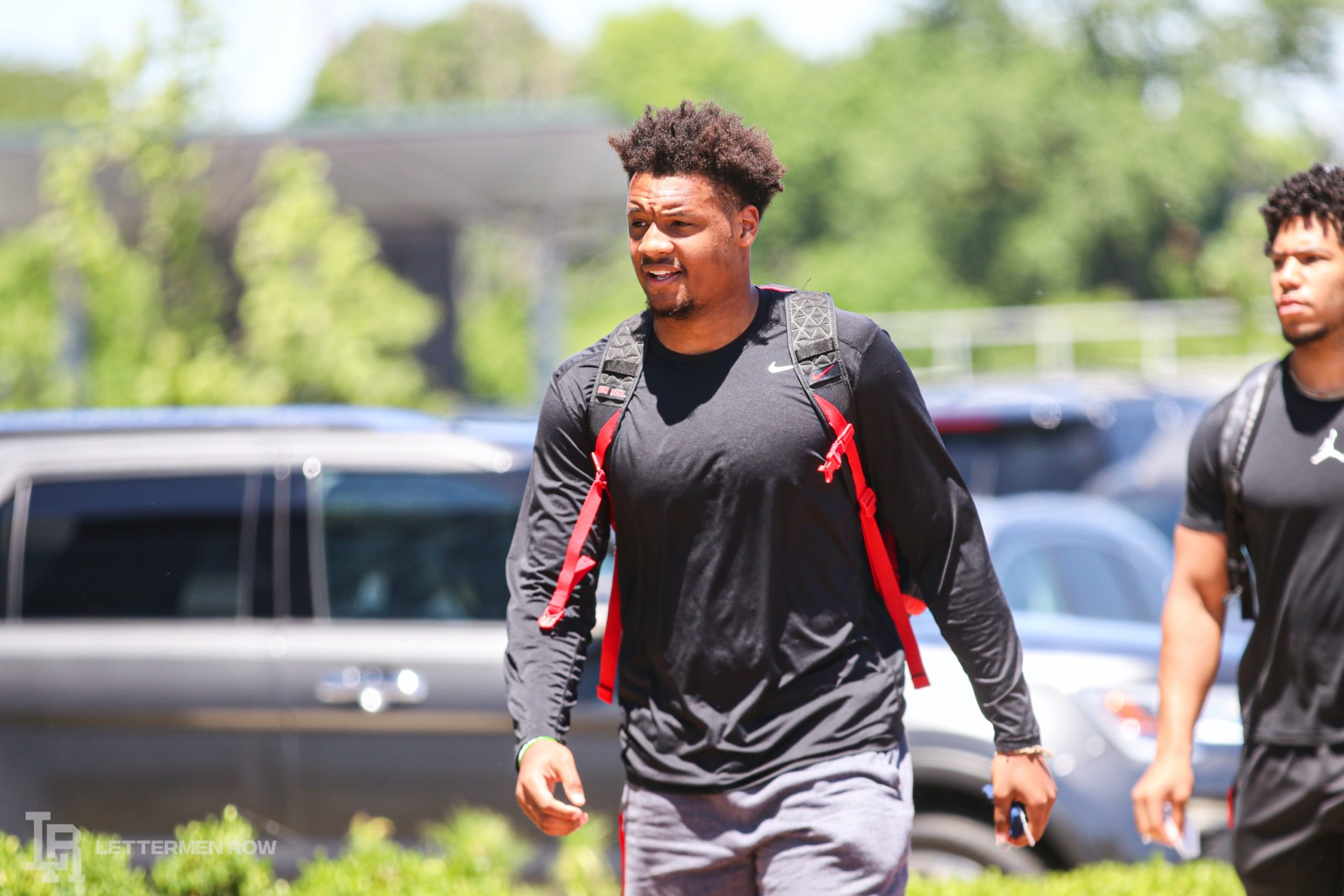 Mitchell Melton can help Ohio State down the road at linebacker. (Birm/Lettermen Row)

That chance certainly still remains for Melton moving forward, and a spring setback generally isn’t a deal-breaker. But in this instance, it’sÂ obviously not ideal for the Buckeyes considering the importance of the linebackers and the lack of experience currently available. Multiple sources have indicated to Lettermen Row that Ohio State is likely to pursue help at linebacker through the transfer portal, and the current situation for the program in that group highlights exactly why that would be a priority.

Mitchell Melton can still help in that process, and eventually the work for him will resume. But it’s on hold indefinitely for now.