COLUMBUS â€” Tony Alford has spent plenty of time hashing out the details and taking questions about what allegedly went wrong in the 2020 recruiting class, which ended with Miyan Williams in the running back class for Ohio State.

Alford had two top-tier backs committed, until they bolted and went elsewhere. At the end of the cycle, he landed the commitment from the lesser-rated Williams, an in-state product who has shown bursts of talent and potential during his career at Cincinnati Winton Woods.

Alford has been worn down over the perceived lack of star-power in his 2020 recruiting class, so eventually, he was going to snap. He had to make sure everyone knows what he thinks about the running back that did say yes to Ohio State in the class: Miyan Williams.

And Alford wants to make sure they don’t forget who Williams is.

“I’m really excited to have Miyan Williams in our room, in our group and a part of our football team. I want to make sure that is very clear.”

Williams wasn’t part of the early-enrollee class that showed up in January before being sent home in March. He finally arrived on campus Monday ready to get to work toward proving doubters who shook off his commitment to Ohio State wrong. 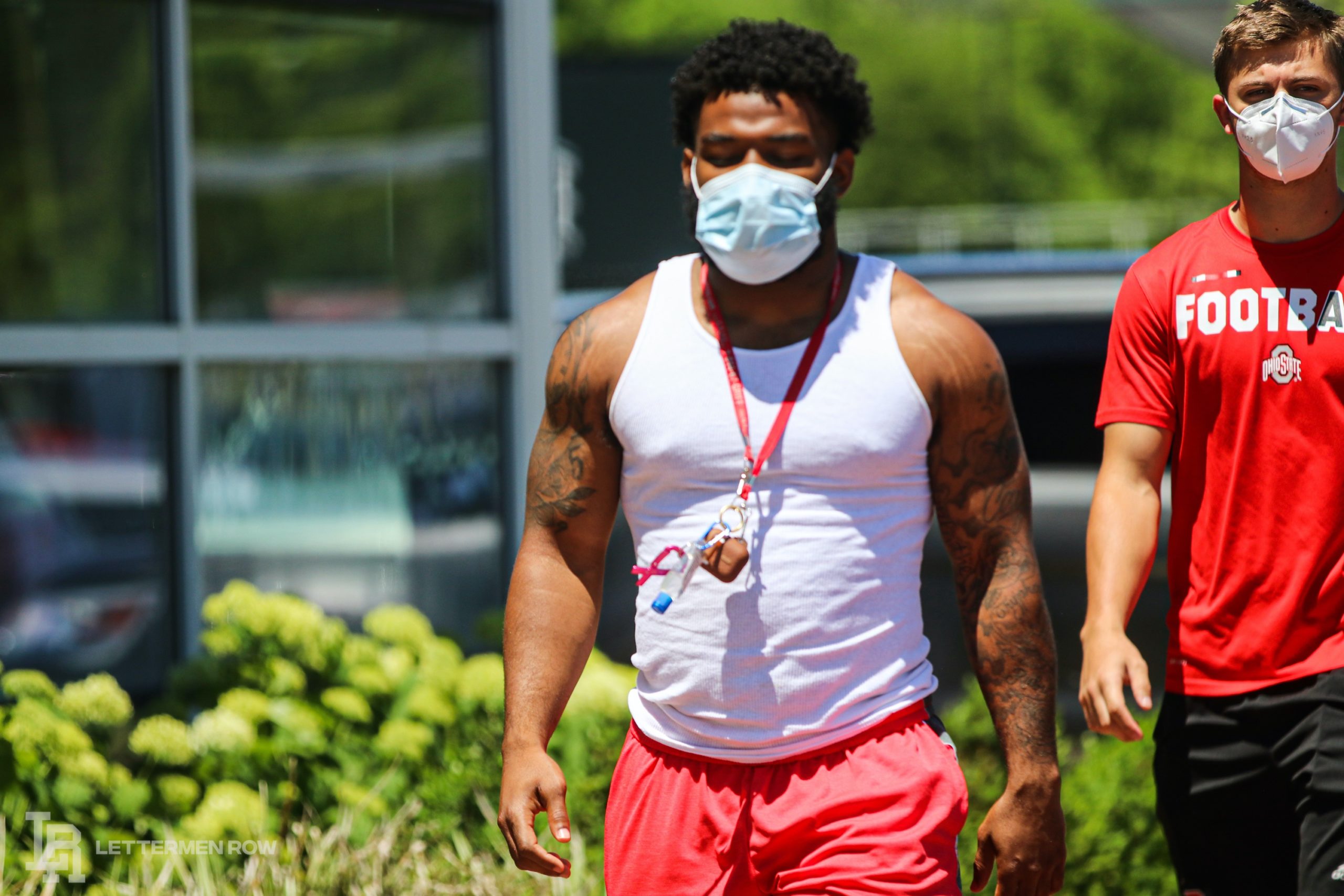 The chip on his shoulder is the size of a boulder, because it’s not just Alford hearing the criticism of not landing an elite five-star prospect and settling for the three-star Williams.

â€œThere is a chip on my shoulder,â€ Williams toldÂ Lettermen Row back in March.â€That just makes me grind harder than ever. I really donâ€™t care about the rankings, because they donâ€™t help you get better at what you are doing. So, the rankings didnâ€™t matter to me.â€

The rankings certainly don’t mean anything anymore. Williams is now with the program and inside the running back room, where the learning curve is steep for a freshman — especially one who didn’t enroll early. But he’s up for the challenge, and Alford believes Williams has the ability to learn quickly and contribute.

That belief stems from the talent of the freshman, coupled with his body transformation in the winter, when he slimmed down in preparation for his Ohio State career. Now that time has arrived, and Alford is ready to teach Williams some of the things he witnessed on recruiting visits last year.

“Miyan’s still going to have to learn [the playbook],” Alford said. “So we’re doing that, and we’re continuing to do that with him. I have to get him ready to go because the one thing that a guy like him, proximity-wise, he was able to come up and watch practice and kind of see some things and get his feet wet by sight, and being in, sitting here and watching practice.

“The learning curve is going to be a little bit steeper, but that’s also why we coach. That’s why they call us a coach. We have to get him ready to go by whatever means necessary, and we’ll try to get that done.”

Williams was trying to learn the playbook before he arrived, in an effort to make the transition to college football a little easier. If he did that and can make the leap from three-star high school back to contributor for the Buckeyes, Alford can officially put any more conversation about the 2020 running back class to rest.

And Alford won’t have to remind anyone who Miyan Williams is.