COLUMBUS — The push to return to the game he loves will apparently take Mookie Cooper another season and another team.

The Ohio State freshman entered his name into the NCAA transfer portal, Lettermen Row confirmed on Wednesday. And while that doesn’t guarantee a player will leave a program, the Buckeyes have been bracing for this potential move throughout Cooper’s freshman season.

The cancellation of spring camp, the abbreviated season and the crowded competition at wide receiver all worked against Cooper in the early stages of his career with the Buckeyes. And while he hasn’t commented publicly about the situation, Lettermen Row sources indicated the difficulty of being away from home during the pandemic also wore on the dynamic athlete.

Cooper has not yet registered any stats with the Buckeyes, and it’s not immediately clear if he will be available for the Sugar Bowl on New Year’s Day against Clemson in the College Football Playoff. 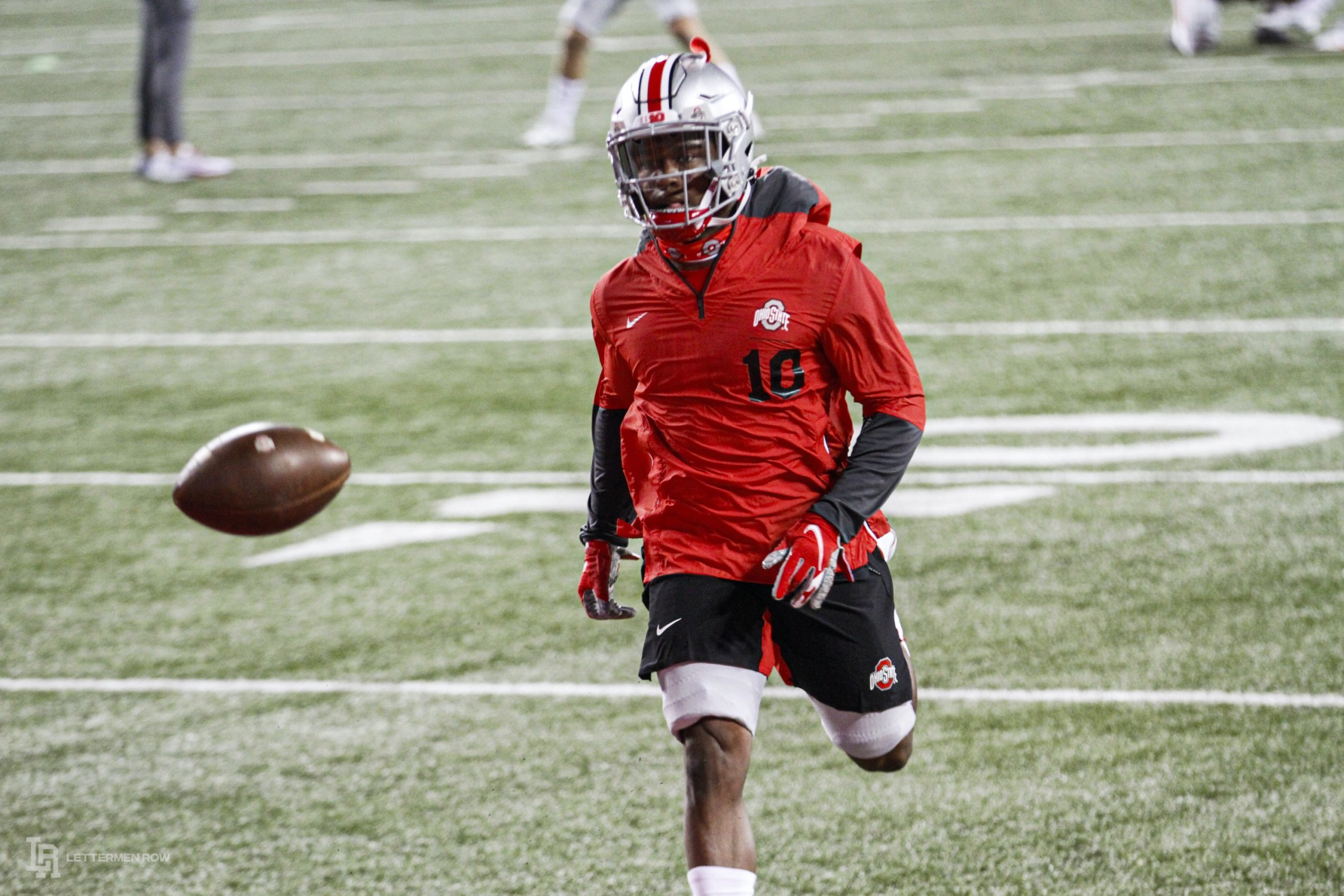 â€œMookie is a smaller guy, but heâ€™s really stocky,â€ wide receiver coach Brian Hartline saidÂ in the spring. â€œWhen he goes to block, he tries to knock you out â€” thatâ€™s one of the biggest things I loved about him. He can do stuff from the speed sweeps to plays down the field, and he does a lot. He played a little more running back than receiver at times, and there might be a transition there.

â€œOverall, I think with sitting out his senior year thereâ€™s more to find out, but heâ€™s got the skill set through the roof.â€

The Buckeyes never lost faith in that ability, and they won’t be thrilled to have lost his potential playmaking skills after just one season in the program.

But Mookie Cooper appears ready to move on elsewhere, still looking for a chance to get back on the field and make an impact after a difficult couple years.

â€œFootball can be taken away any time, and you got to still be productive with life,â€ Cooper said earlier this year. â€œ[Adversity] just proves how much a person really wants it. A lot of people, you got a year off of not doing something, certain people they might just sit around, have fun with it. It just tell you how much you really want it, what youâ€™re coming for.

â€œLike I used to count down every day on my Snapchat, Iâ€™d post: â€˜How many days left?â€™ But once it got to like the 30-day mark, like the first day of December, signing day was coming up, I started feeling more at ease because I was just getting closer to getting here. So it was more like: All right, this phase of my life is getting over with. â€¦ This is what Iâ€™ve been waiting for.â€

Ohio State doesn’t appear to have been the fit, and now Mookie Cooper is searching again.