Ohio State had an incredible season last year on its way to the national title game, where it beat Clemson in the semifinal and fell short against Alabama. Many of the key players from that team moved onto the NFL. Who could step in to make plays similar to what the former Buckeyes made last season?Â Lettermen Row is breaking down key plays and who could make them. Next up: How the Buckeyes can replace the consistency and production of Luke Farrell to maintain its elite tight end room.

The Buckeyes had one of the deepest units in the country. Seniors Luke Farrell and Jake Hausmann and junior Jeremy Ruckert led the tight ends. Promising newcomers weren’t called upon because of the experience, which allowed the Buckeyes to run two-tight-end sets with frequency. They utilized their three tight ends well.

But Hausmann and, more significantly, Farrell, are now off to the NFL, leaving a hole for Ohio State. Ruckert returns as one of the top tight ends in the country, but behind him on the depth chart is inexperience and plenty of question marks.

Even with the inexperienced tight end room behind Ruckert, the Buckeyes are loaded with promising talent. 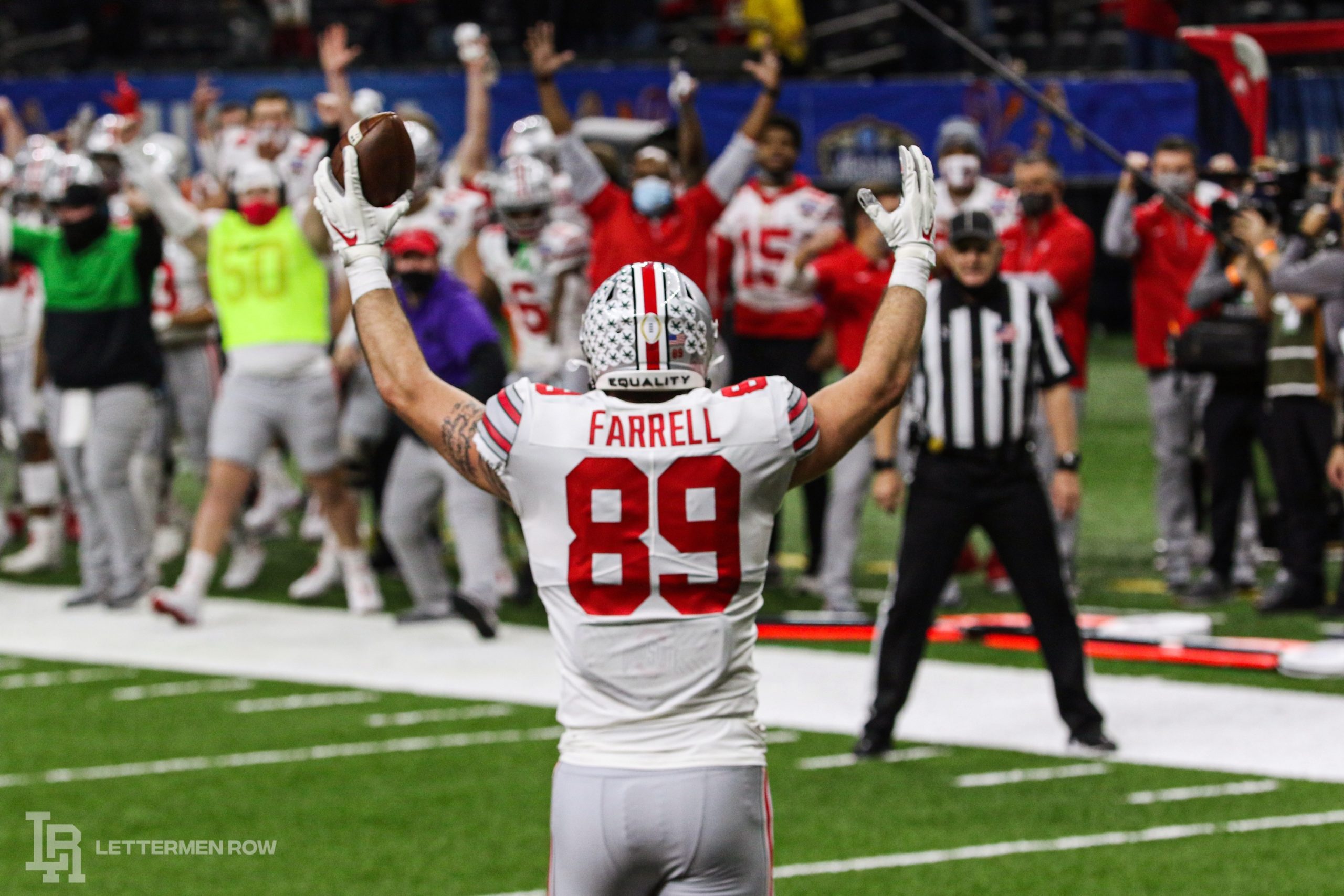 â€œItâ€™s definitely going to be an interesting conversation this year,â€ Ruckert said. â€œWeâ€™ve got a bunch of guys really coming on strong, developing with Cade [Stover], Joe [Royer] and Mitch [Rossi] really being those guys in there. They all can do all different things really well. The versatility of our position is going to be shown more than ever this year.â€

Ohio State certainly has options to replace Farrell as a rock-solid tight end who was reliable in pass-catching and run-blocking. But one of the six options will need to step up in the coming months before the season opens in September. Who will it be? Lettermen Row is diving in to examine who could join Ruckert in making the Ohio State tight ends as lethal as they were last year.

Cade Stover: After beginning his career on the other side of the ball, Cade Stover began transitioning to tight end last spring. The shutdown slowed that growth on offense down, but it didn’t stop Stover completely. He contributed on special teams last year while gaining reps at tight end in practice. He’s versatile enough to block and catch passes, and he’s physical enough to dominate the line of scrimmage in the run game. Stover has a chance to cement himself as the No. 2 tight end behind Ruckert. And if he’s as good as advertised this season, he could make it harder for the Buckeyes to take one of their two tight ends off the field. 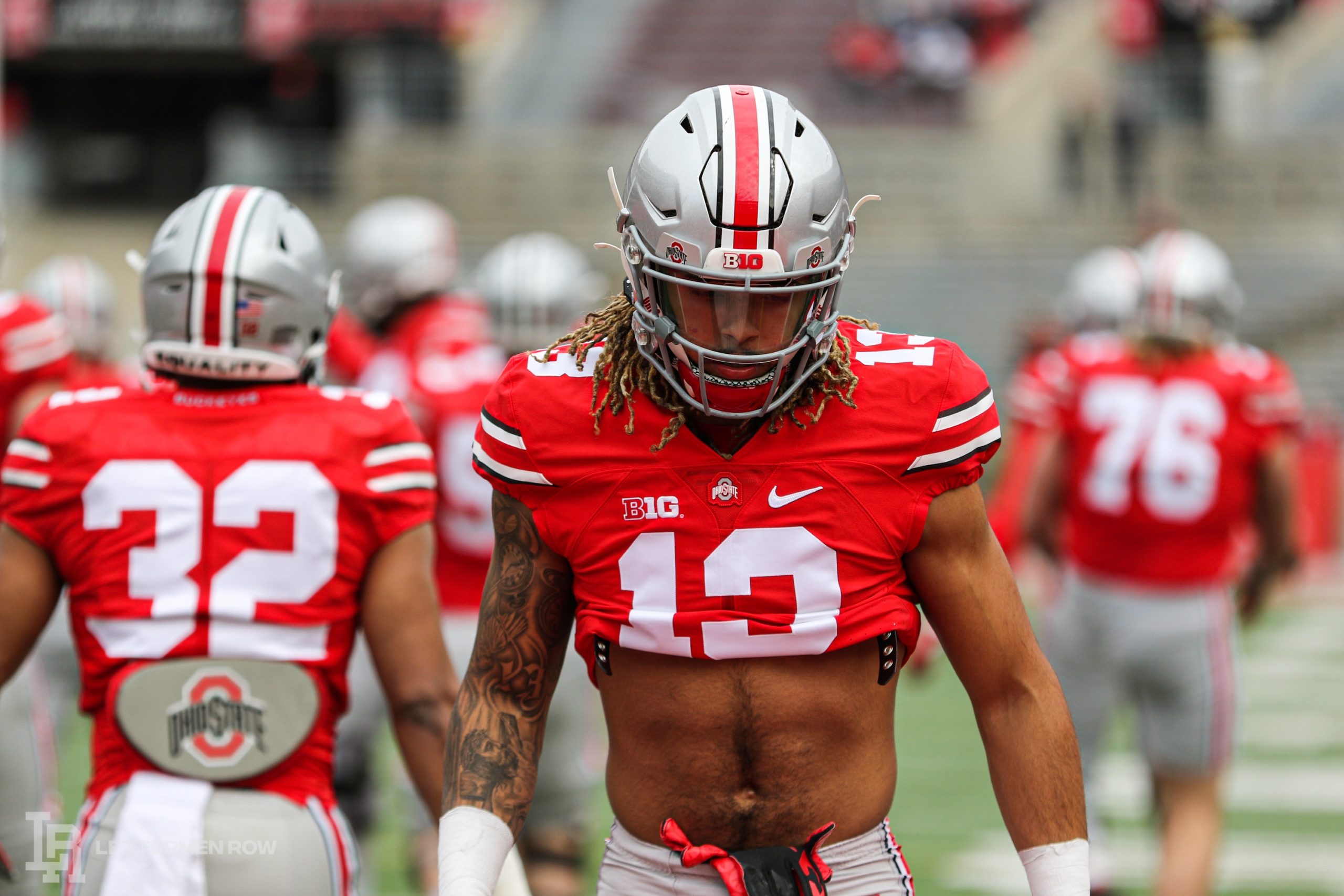 Gee Scott:Â A top-10 wide receiver prospect in the country just one year ago, Gee Scott has a huge opportunity in front of him. Scott came to Ohio State as part of the loaded 2020 wide receiver haul for Brian Hartline. But as the Buckeyes continue to stockpile talent outside, Scott and his big frame can become an elite weapon at tight end. Scott puts on weight with ease and has incredible catching ability. If he can put it all together with an ability to block and do everything Ohio State asks of its tight ends, he could be a future star for the Buckeyes offense. Will that happen this year? He made the transition to tight end in the spring. He could be one year away from having a major impact, but time will tell.

Joe Royer: While in high school, Joe Royer was technically a tight end, but he played outside as a true big-bodied wide receiver. Yes, he put up good numbers and became a national recruit, but he had plenty of development to go through once he became a Buckeyes tight end. Similar to Jeremy Ruckert, Royer arrived at Ohio State needing to improve his blocking before he could be considered for playing time. He possesses the receiving skills necessary to become a weapon for the Buckeyes passing attack. Has his blocking improved enough to make him an option as a complete tight end alongside Ruckert? He’ll have to prove that this fall. 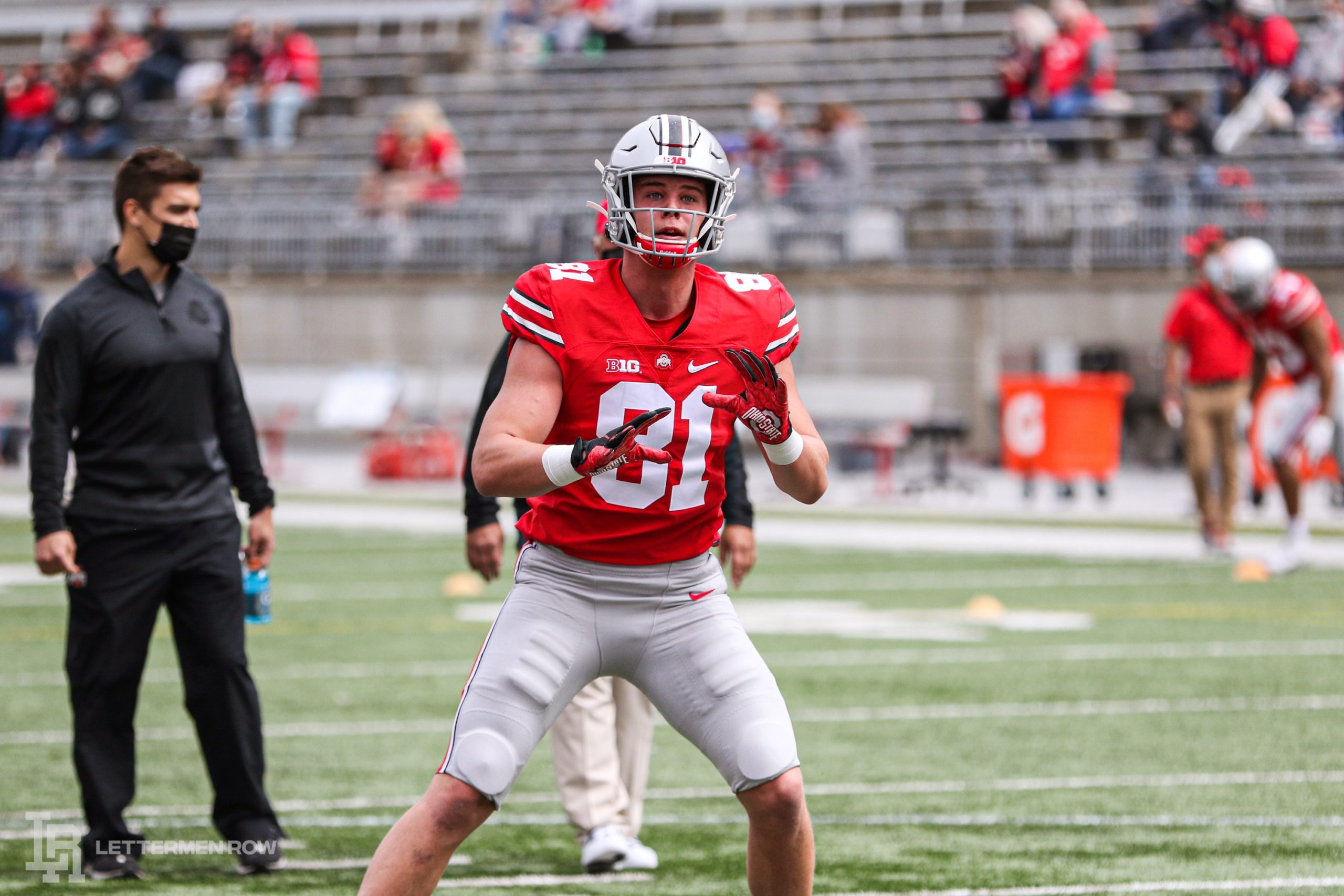 Sam Hart: Ohio State tried to add two tight ends in the class of 2021, but the Buckeyes ended with just one. And Sam Hart is a good tight end to land on the recruiting trail. The former state title-winning wrestler has an uphill battle if he wants to find the field for meaningful reps in his freshman season. But he has the tools and physicality to do just that. Can he quickly leap other tight ends on the depth chart for playing time?

Mitch Rossi: A veteran walk-on, Mitch Rossi has proven he can play at Ohio State. He takes on more of a fullback role than a traditional tight end spot, making it tough to find a place in the offense. Maybe the Buckeyes will use him in certain situations, but it’s hard to imagine Rossi earning an expanded role with Jeremy Ruckert.

Corey Rau:Â A graduate transfer who came from SMU during last offseason, Corey Rau is a big body who certainly can block as well as other tight ends. But the loaded depth chart may be too much for the veteran to overcome. 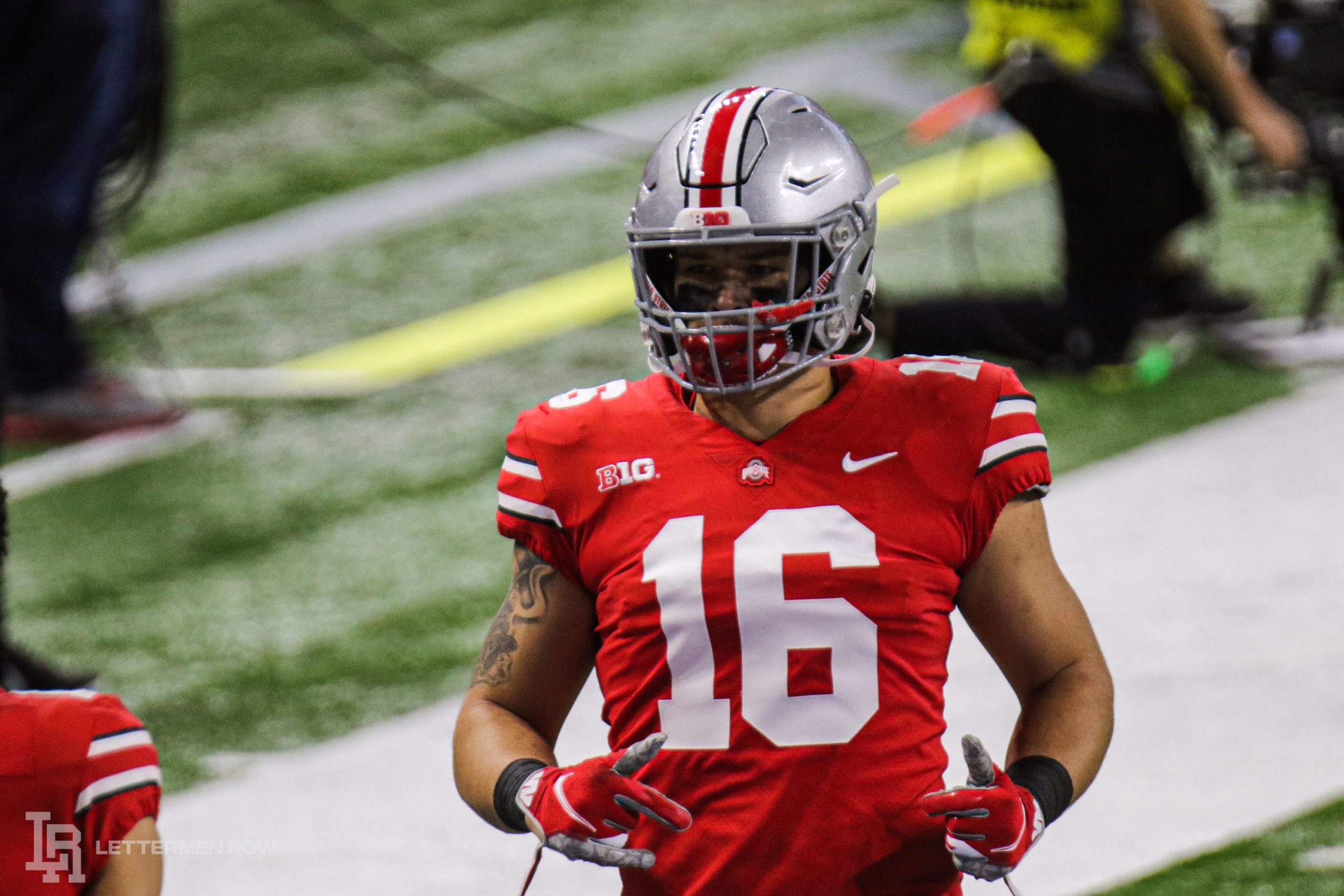 Cade Stover has a rare ability to be physical, violent and steady from the offensive side of the ball. He played both ways in high school and proved he can be dangerous in the passing game. And he’s certainly well-equipped to handle blocking duties. The learning curve is still steep as he officially transitions into a bigger tight end role. But Stover has all summer and fall camp to continue progressing.

The traits and work ethic are already there and in motion.

â€œI think Cade, when you look at his skill set, his basketball background and his spatial awareness and things like that [are impressive],â€ Ohio State coach Ryan Day said last spring. â€œThen with his toughness, we think that he projects into being a really good tight end.â€

So far, Stover has shown that to be true. If he continues to progress, he has a chance to be the No. 2 tight end in a loaded offense, putting him in the driver’s seat to be the top option in 2022.