COLUMBUS — Ohio State is adding at least one new face to the defensive coaching staff.

The Buckeyes are still waiting official word on whether they might need another this offseason. But the program has now solidified the group by bringing in another experienced mind on that side of the football with multiple sources confirming that former Iowa State coach Paul Rhoads has signed on in an analyst role.

Ohio State has also made its pitch to keep linebackers coach Al Washington as it tries to fend off a high-dollar play from Tennessee to lure him away from his hometown. Multiple sources with direct knowledge of the discussions have indicated to Lettermen Row the Buckeyes have discussed an enhanced financial package and the potential to be the defensive run-game coordinator with Washington, though there has been no indication yet as to what his final decision will be.

Either way, Buckeyes coach Ryan Day followed through with an expected step to bring in a veteran analyst to assist on defense, with Rhoads boasting an impressive background over more than 30 years in the profession — including his stint leading the Cyclones. 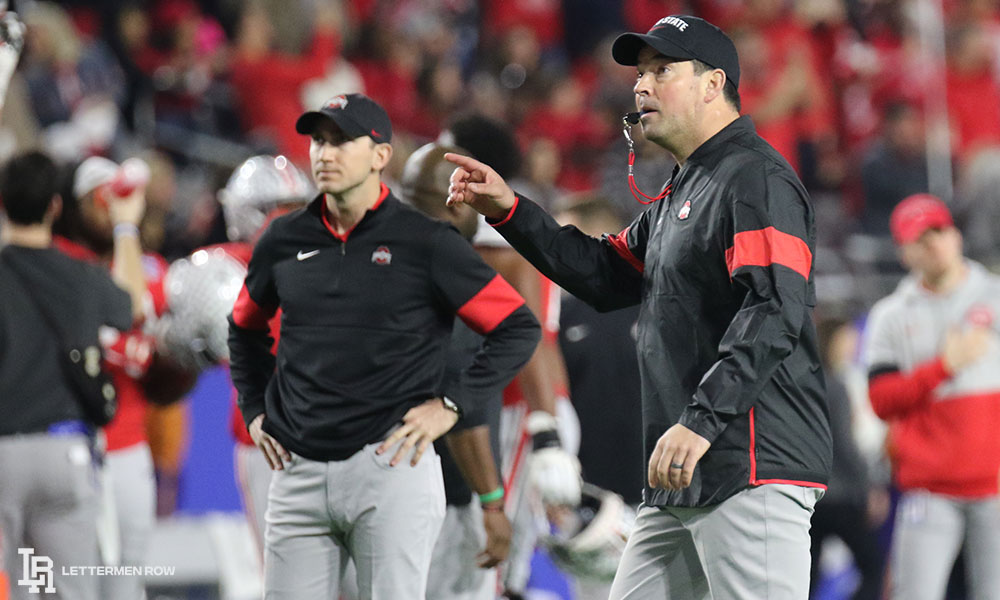 “Itâ€™s something that Iâ€™ve spent a lot of time thinking about,” Day said. “Every program is different. You have to do whatâ€™s right for your program. Now that Iâ€™m going into Year Three, Iâ€™m taking a hard look at that and seeing if there are some people around who would be the right fit. I think the big thing for us is that it has to be the right fit, culturally. It has to be the right personality that brings the right things to the table.

“So certainly looking at all those things, and over the next couple of weeks, weâ€™ll have an opportunity to bring some guys in and possibly talk about those type of things.”

That conversation led the Buckeyes to Paul Rhoads, who will be working alongside Matt Barnes as he takes on an expanded role in the secondary while coordinator Kerry Coombs gets the freedom to move around positionally a bit more next season.

Ohio State is currently full on the coaching staff pending one key decision — but it still found a way to bring in some help no matter what else happens.