He’s no stranger to the Big Dance and the madness that comes with it. Holtmann has coached in five NCAA Tournament.

He is a stranger to early losses in the tournament, though. In his five appearances in the Big Dance, Holtmann has won six games and been to one Sweet 16. Holtmann has never lost in the Round of 64.

Holtmann should be able to stretch his record to 6-0 in that first round of games as the second-seeded Buckeyes enter this edition of the NCAA Tournament. How has he avoided — and in some cases, pulled off — upsets in the opening games of this tournament? Holtmann always has his team ready to play through the madness that comes with March.

Ohio State isn’t preparing for Oral Roberts any differently just because the Golden Eagles are a No. 15 seed. Holtmann knows how to win these games: Don’t take the opponent lightly in the NCAA Tournament. That’s how he’s managed to stay perfect in the Round of 64.

“When we meet, we’ll talk about, you know, there used to be maybe a bigger gap between seedings and teams than there is now,” Holtmann saidÂ on Tuesday. “There just isn’t as much now. The teams, there’s less of a gap between the quality of teams. It really does come down to how you execute and how you play.

“I think in some ways, fans can look at seeding and say that’s really important getting that because of that. Coaches look at how you’re playing and they recognize if you’ve got in this tournament — with the exception of a team or two on a given year — if you’ve gotten into this tournament, you’re a really good team.” 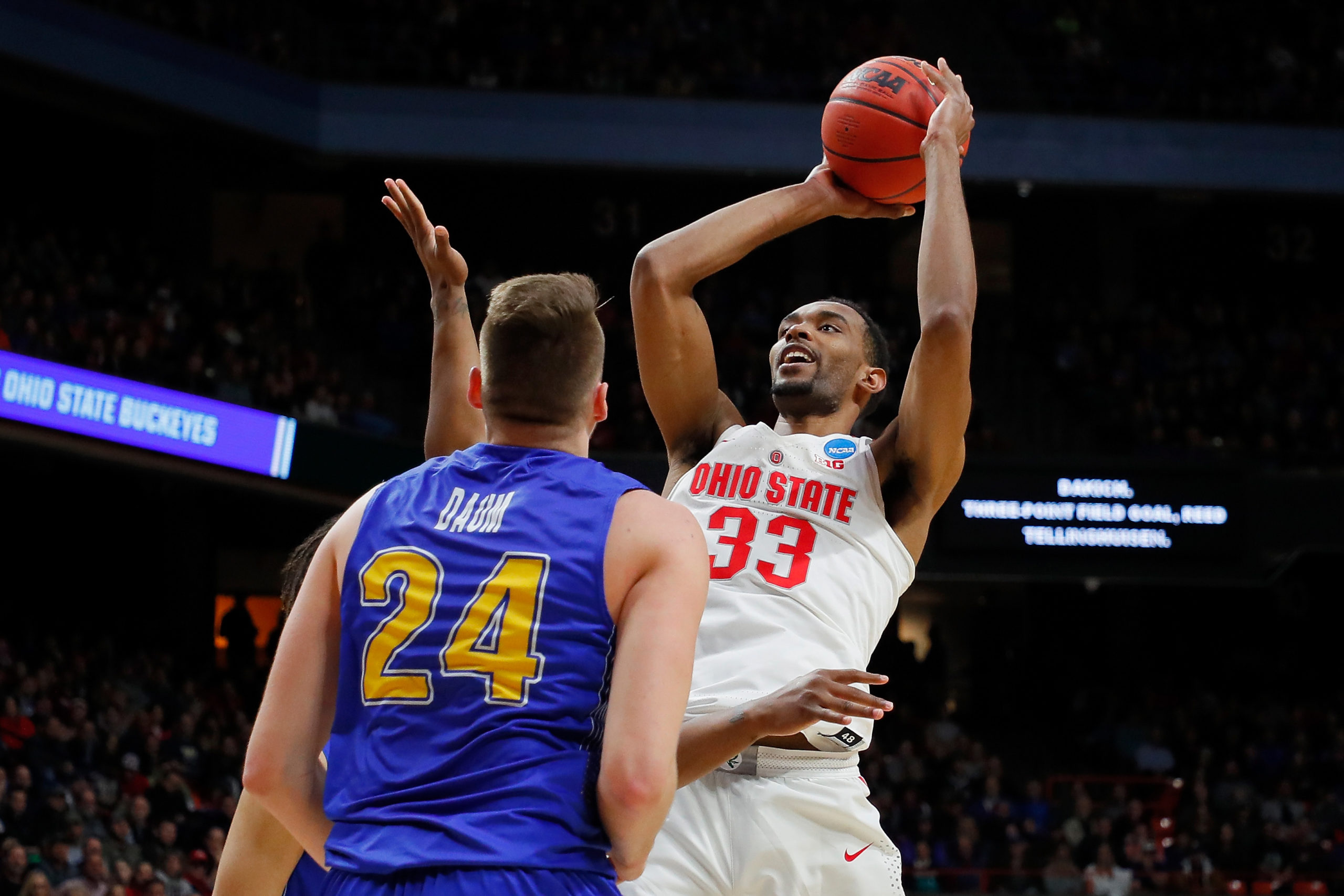 Holtmann should have an easy time preaching that message to his team, especially given Ohio State’s experience facing a champion from the Summit League. The No. 5 seed Buckeyes were nearly upset by No. 12 seed South Dakota State in the 2018 tournament — Holtmann’s first with Ohio State.The Buckeyes have proof of Summit League surprises.

They can’t expect to easily take down Oral Roberts, which features the nation’s leading scorer and a capable group of 3-point shooters.

“For us, it’s really easy to reference a team we played a couple of years ago from the same league, and it was a nail-biter,” Holtmann said. “Right down to the wire. You can also reference a team like this who played a number of NCAA Tournament teams who are seeded pretty well and either was ahead for most of the game or had a chance to win. We’ve got great respect for Oral Roberts. We’ve got great respect for our opponent and the challenges.”

Ohio State has more talent than Oral Roberts. The Buckeyes have the ability to win multiple games in the tournament and make a deep run — maybe to the Final Four. But this is March. Upsets happen. Madness happens.

But it always seems to happen elsewhere. Holtmann hasn’t lost in this stage of the tournament as a head coach in his career.

“If we’re fortunate enough to play well and win, then we’ll move on to the next task at hand and know that’s going to be a really quality opponent, too,” Holtmann said. “That’s how you have to approach it.”

That approach works. It already has worked five times before this.