COLUMBUS — The roughest three-game stretch for Ohio State in the last two seasons began with a premature ending for C.J. Jackson and was capped with a late start.

On the one hand, the pesky cramping issue that has plagued the senior guard popped up, robbing the Buckeyes of his veteran leadership and stretching the rotation too thin while a chance at another signature victory slipped away at home against Michigan State. On Saturday, Jackson found himself coming off the bench in a turnover-filled loss at Iowa, an outing sandwiched around an ugly loss at Rutgers.

While Jackson might not be the one who primarily needs to carry the Buckeyes, his energy when he’s at full speed can certainly provide a lift. And if Ohio State is going to snap this losing skid and potentially get back in the top 25 starting on Friday against Maryland, the program needs him healthy and rolling again.

“[The cramps] have been an ongoing issue for C.J.,” Ohio State coach Chris Holtmann said. “You know, he’s managed it really well, and we’re proud of him for that. But it’s frustrating for him — really frustrating for him. I get that, and he just has to do everything he can to limit the cramping. 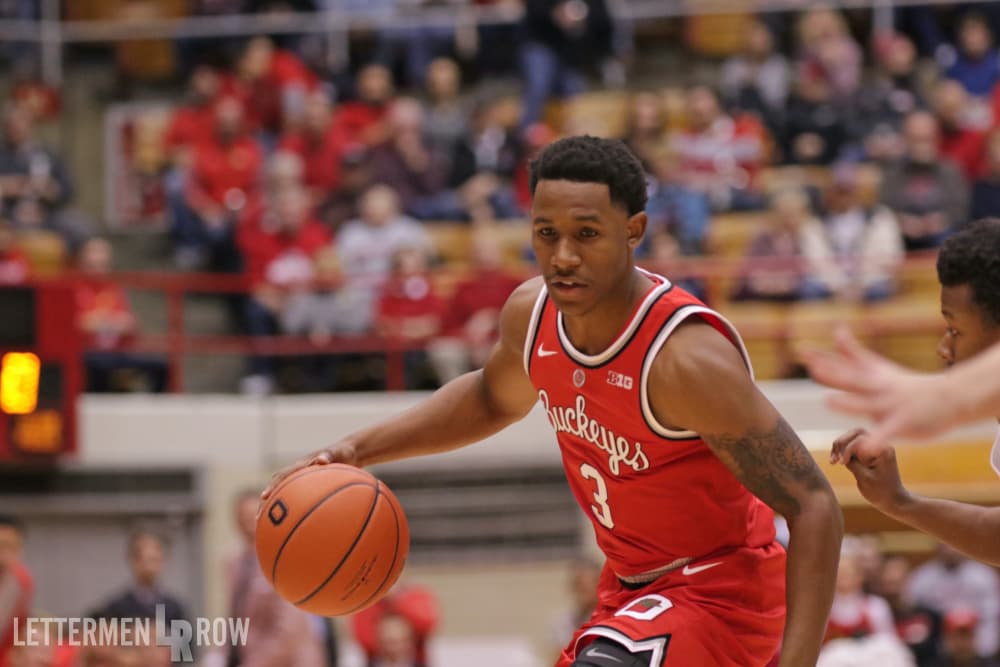 “I’ve talked with our medical staff, and I don’t know that [limiting minutes] is the answer in this. We’ve talked about that and they’ve not suggested that would be the answer. We’ll see.”

That’s not the only area where Holtmann is looking for answers with Ohio State trying to get back on track with nearly a full week of practice before taking on Maryland at home. But Jackson will certainly need to be part of the solution, and that’s no secret for anybody who has watched the Buckeyes at their best this season.

What does C.J. Jackson bring when he’s sharp? Terence Dials returned to the Lettermen Row film lab for a BuckIQ looking at a handful of plays that reflect the boost Jackson can bring in a variety of different ways for Ohio State — on both ends of the floor.