COLUMBUS â€” Ohio State has made it through the brutal Big Ten schedule with few blemishes and a sparkling resume.

But the fourth-ranked Buckeyes haven’t been tested like they will Sunday when they take on No. 3 Michigan inside the Schottenstein Center. Michigan is big, fast, physical and athletic. The Wolverines have depth and have proven why they’re just as deserving of a No. 1 seed in the NCAA Tournament as much as the Buckeyes.

Add in the rivalry component, and Sunday afternoon should be the Game of the Year in the loaded Big Ten regular-season schedule.

“You look at everything they’ve done, they’ve only lost one time in league play,” Ohio State coach Chris Holtmann said Friday. “They’ve blown out a lot of people. … They’ve just been really impressive. Right now, you look at them, and I believe what I said:Â They’re a legitimate national title contender.

“I think it’s a great challenge for us to see where we’re both at.”

Ohio State has won seven straight games and four straight over ranked opponents. But the Buckeyes haven’t had their crack at the league’s top team yet this season. That will change Sunday at 1 p.m. on CBS.

Before the game, Lettermen Row has the Tip Sheet with what to know about the matchup as the No. 4 Buckeyes prepare for their toughest test of the season, a rivalry battle with No. 3 Michigan.

The rivalry between Ohio State and Michigan doesn’t need raised stakes — ever. But when a matchup like this happens — No. 3 versus No. 4 — the game just feels like it means more for both sides of the border.

The Buckeyes enter the game riding a seven-game winning streak, while the Wolverines have only lost once in conference play this season. With the rivalry built into this top-five showdown with conference title hopes on the line, this game feels massive for both programs.

“When you look at the game right now, being in late February, being where both teams are ranked and only playing once in the regular season, certainly you could look at it and it really builds to this,” Holtmann said. “Now, it is one game and we’ve got three more after that, but I do think that all this around this particular game makes it a fun one for college basketball and a fun one for our fans.” 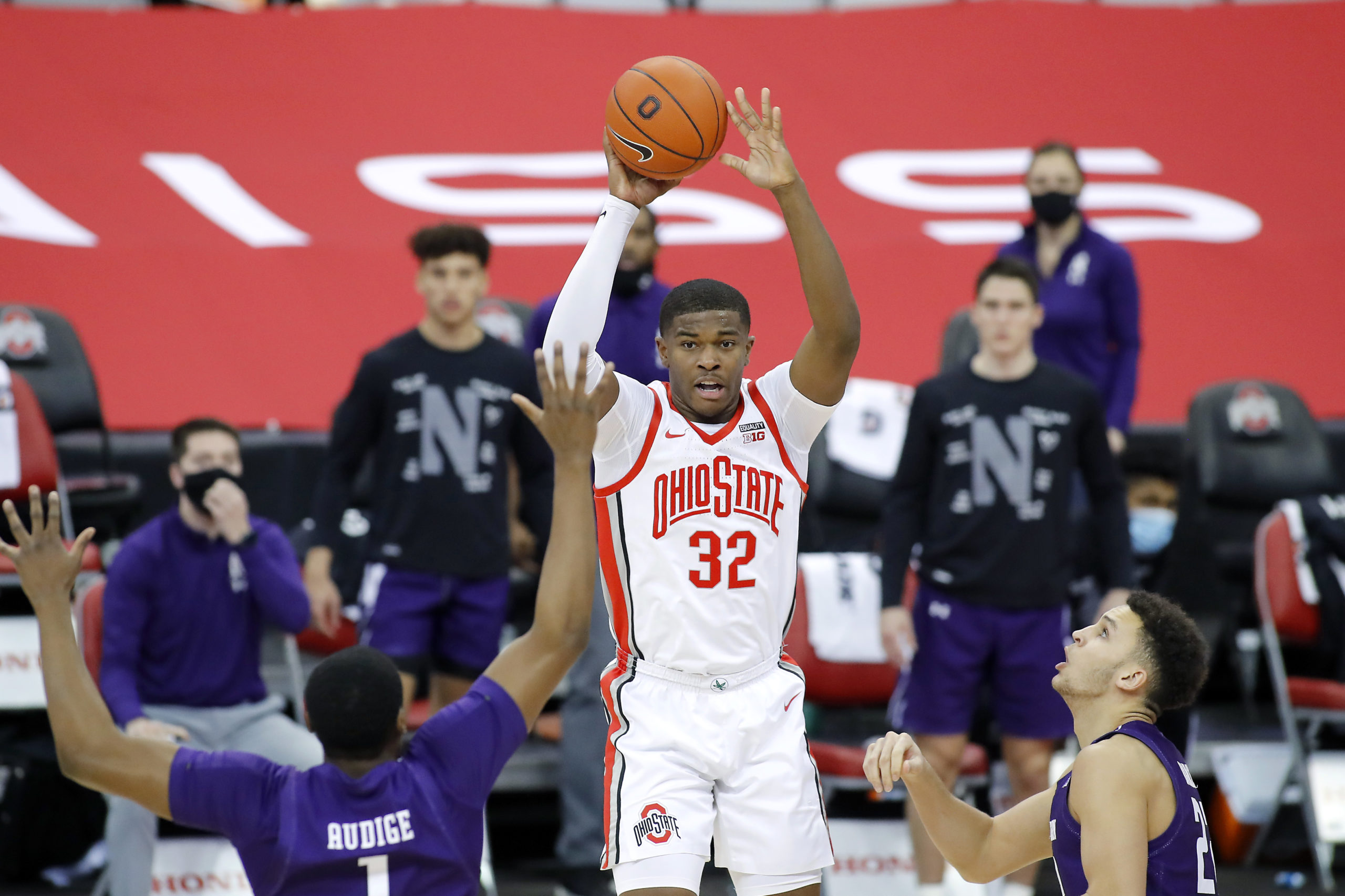 E.J. Liddell has always had the potential to be a game-changing superstar for Ohio State.

Chris Holtmann just wasn’t sure how long Liddell would take to tap into that. But the two-time Mr. Basketball in the state of Illinois is already started doing just that for the Buckeyes.

Liddell is leading Ohio State in scoring (15.5), rebounds (6.6) and blocks (1.3) per game. He’s the foundation of the No. 4 Buckeyes success and seems to just be getting started as a star in college basketball.

The best could still be yet to come for Liddell, and the Buckeyes will need him at his best against Michigan on Sunday.

Buckeyes hoping to be at full strength by Sunday

Ohio State pulled out a win over Penn State on Thursday night, but that came with some bumps and bruises. Two Ohio State contributors are battling through injuries that will require some level of attention in the buildup to Sunday’s game.

Being at full-strength physically is a point of emphasis for Holtmann and his staff.

Ohio State will need both Towns and Young against Michigan. They’re both likely to be ready to go by tip off.