The speculation, debate and conversations about Ohio State never end, and Lettermen Row is always ready to dive into the discussions. All week long, senior writer Austin Ward will field topics about the Buckeyes submitted by readers and break down anything that’s on the minds of the Best Damn Fans in the Land. Have a question that needs to be tackled, like the one today about Ohio State and Brendon White? Send it in right here — and check back daily for the answers.

What in the world is going on with Brendon White? Rose Bowl MVP to not making the trip to Indy?!?

The door doesn’t appear to be closed on Brendon White, but at this point it’s hard to see him walking back through it for Ohio State.

A season that started with enormous expectations for the Rose Bowl MVP on defense as he transitioned to a new role that seemed to be tailor-made for his athleticism might have come to an end with White at home last weekend, not included on the Buckeyes travel list and facing an uncertain future. The junior hadn’t played much anyway this season and Ohio State has obviously been plenty dangerous without him, but that didn’t make his absence in Indianapolis last week any less shocking.

Considering how high the stock was for White on New Year’s Day, it would have been hard to imagine it would dip so low that he wouldn’t even be in uniform last weekend with coach Ryan Day calling him “unavailable for personal reasons.” But this kind of situation doesn’t typically just happen overnight. And the frustration for White has been clear and understandable throughout the season as he’s struggled with the transition to the Bullet position that was supposed to help make him a star for the Buckeyes after his breakout performances last year at safety. 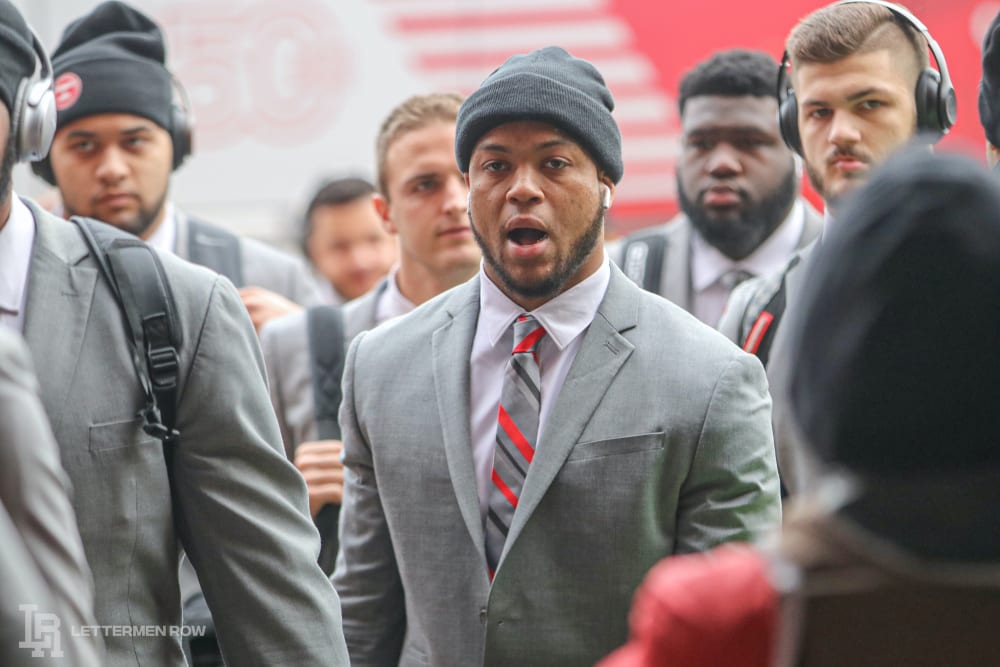 Right from the opener, though, Pete Werner established that he was clearly ahead of White in the pecking order thanks to his ability to handle the role’s linebacker responsibilities while also showing an ability to drop into coverage like a defensive back. And while the two were considered interchangeable at one point, White never truly got to the level where he could consistently be in the rotation, though he still finished the regular season with 19 tackles, 2 tackles for loss, a sack and a pass broken up.

“It’s definitely frustrating some times, but at the end of the day, you have to know why you’re here,” White said early in the season. “Whether I need to play or if I’m not playing, I’m still here to help my brothers win games and be there for them. … If I’m worried about not playing, then I’m being selfish and not caring about the team and putting the team first.

“At the end of the day, if I’m playing a lot or if I’m not playing at all, I just want to get the win. That’s all that matters to me.”

The Buckeyes obviously never dropped a game, but it’s still unclear at this point if White will be around to contribute in some capacity for the next one as the program prepares for the College Football Playoff.

At this point, his name has not appeared in the transfer portal. And Day indicated that there would be a discussion this week to potentially resolve the situation and provide clarity moving forward.

“I don’t know [his Fiesta Bowl status], we’ll kind of get that figured out this week,” Day said. “We’ll sit down, have a conversation, kind of go from there. But I don’t really have an update right now.”

There’s no point in guessing until both Brendon White and Ohio State clear the air and make up their minds about the future. But the fact that the situation even reached this point in the first place remains one of the most puzzling storylines of the season for the Buckeyes.