NEW YORK — Just as rapidly as Brendon White shot to Ohio State stardom, his career appears to have fizzled out.

A calendar year that started with the safety earning defensive MVP honors in the Rose Bowl ended with him not on the travel roster for the Buckeyes at the Big Ten title game, and his name officially appeared in the transfer database on Friday afternoon. Players who enter their names can return to their programs, but in the case of White, multiple sources have indicated to Lettermen Row that the junior is seeking a fresh start and will not be back with Ohio State.

The roller-coaster journey on the field for White has been one of the most interesting developments for the Buckeyes this year, particularly given all the offseason hype about his new role in the Bullet position that seemed perfectly designed to take advantage of his size, strength and skills as a former safety. But that transition never seemed to actually click for White, who fell behind Pete Werner on the depth chart heading into the season opener and wasn’t ever able to make up any ground while Ohio State was surging with one of the nation’s best defenses without him. 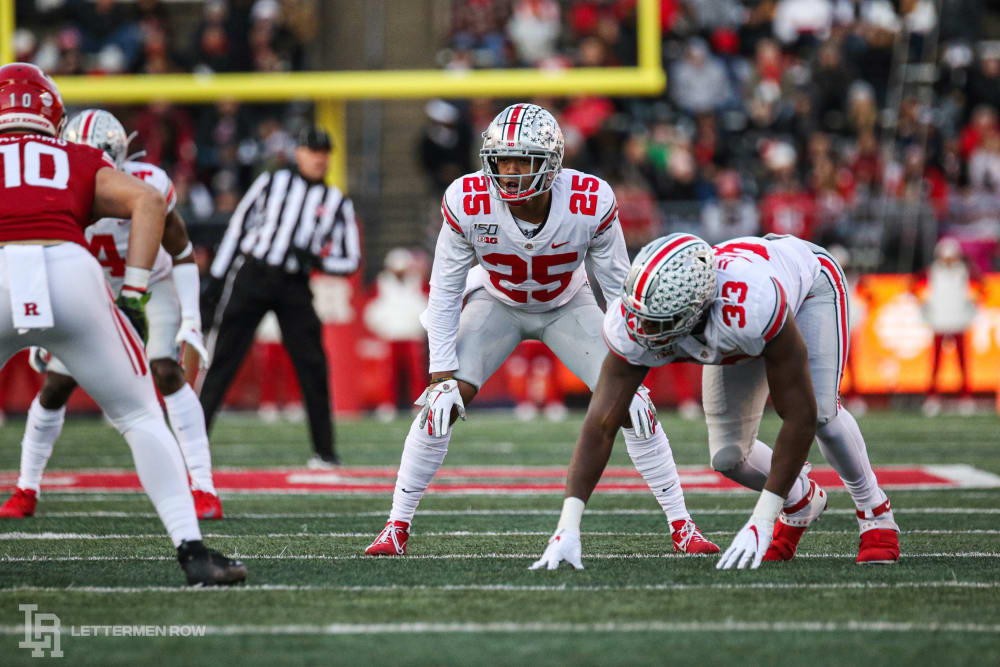 â€œI donâ€™t know [his Fiesta Bowl status], weâ€™ll kind of get that figured out this week,â€ Ohio State coach Ryan Day said on Sunday. â€œWeâ€™ll sit down, have a conversation, kind of go from there. But I donâ€™t really have an update right now.â€

The Buckeyes have one now, and the two parties are heading for a parting of ways.

That outcome would have been hard to imagine after Brendon White jumped into the lineup in the middle of last season and looked like a future star at safety. But after 19 tackles, 2 tackles for loss and a sack this year, it looks as if he’s made his final contributions for the Buckeyes.

â€œItâ€™s definitely frustrating some times, but at the end of the day, you have to know why youâ€™re here,â€ White said early in the season. â€œWhether I need to play or if Iâ€™m not playing, Iâ€™m still here to help my brothers win games and be there for them. â€¦ If Iâ€™m worried about not playing, then Iâ€™m being selfish and not caring about the team and putting the team first.

The Buckeyes got every one of them this year. The next ones in the College Football Playoff will come without Brendon White.